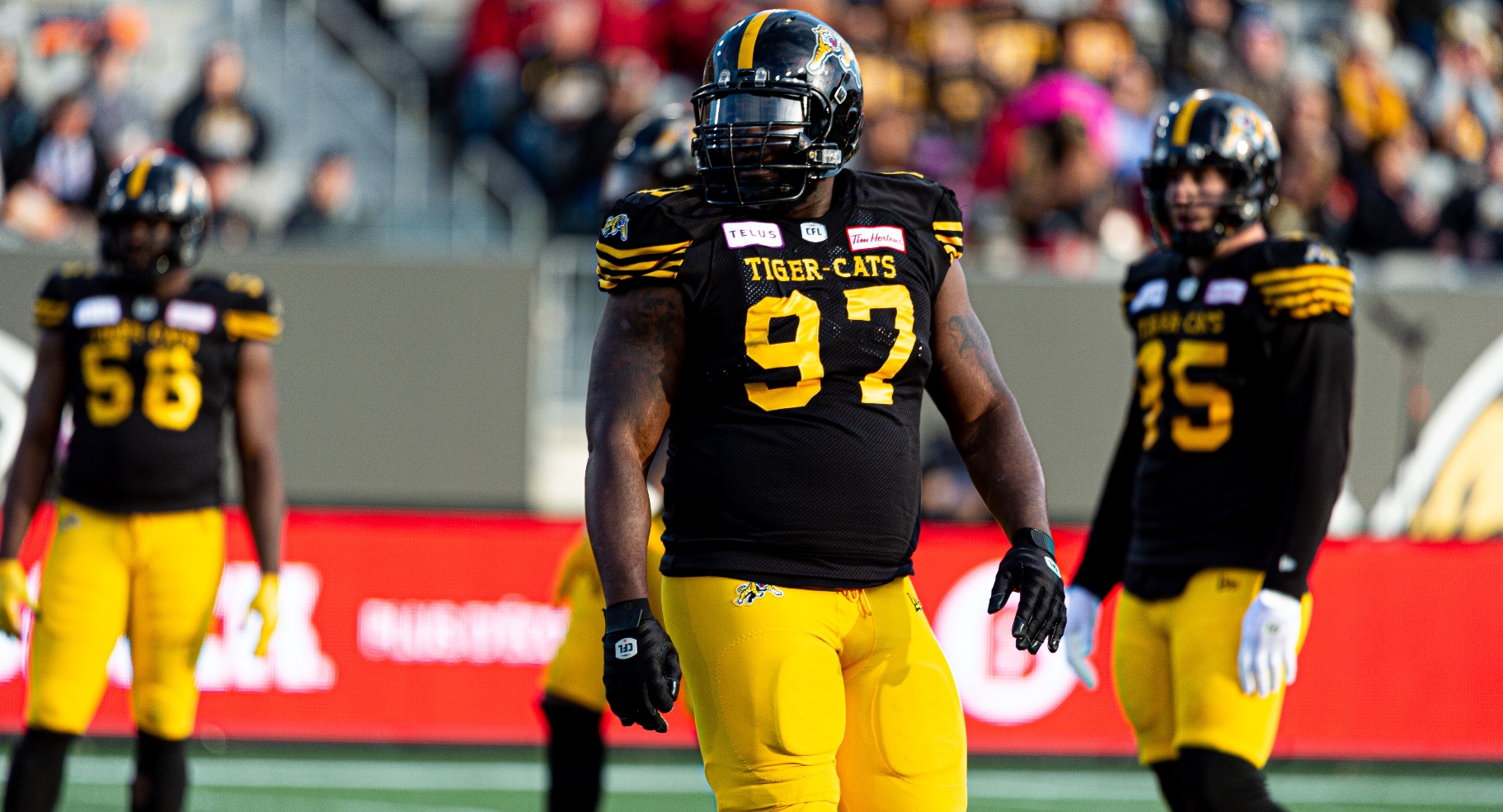 Earlier this week, I had a chance to catch up with newly re-signed Ticats lineman Ted Laurent. Here are three things that stood out to me in our chat and a couple of quick thoughts.

On why he decided to stay in Hamilton:
“I love this city, I love the fans, the coaching staff. What we did last year I felt there was unfinished business, we came up short. You know I was real disappointed. All those reasons.

“Also even my sister was like ‘yeah you should go back to the Hamilton Tiger-Cats.’ My sister, my wife, everyone told me you should stick with Hamilton they showed you a lot of love, the fans love you, you should re-sign and I did.”

This one shouldn’t come as any bit of a surprise. One of the longest serving Ticats on the roster, Laurent has been a fan favourite since coming over from Edmonton in free agency in 2014. One quick search of Ted Laurent and cookies should be good enough proof.

He has never been one to hide his love for the city, always taking time for fans to sign autographs and being an active member of the community. Players often talk about loving the city they play in, but Laurent is truly genuine when he talks about his love for Hamilton.

On a side note, you’re going to hear “unfinished business” a lot this season, especially from the guys who have been here more than a couple of seasons. This team has a chip on its shoulder with the way last year ended and they won’t be afraid to tell you about it.

On Defensive Coordinator Mark Washington back next season:
“Definitely was a big factor. Mark Washington was there for us last year and we learned the defence, so it’s going to be great that he’s back. It was one of the reasons I did sign back, I want to be a part of that again.”

There was some worry among Ticats fans Mark Washington would leave in the off-season for a head coaching position elsewhere in the league. 3DownNation’s Justin Dunk reported both Washington and Offensive Coordinator Tommy Condell were granted permission to interview for head coaching vacancies.

Everyone I’ve talked to has had nothing but praise for Washington and his coaching style after a stellar first season in Hamilton where his defence gave up a league low 344 points, or 19.1 per game. With a full season under his belt, there’s no reason why you shouldn’t expect the Ticats defence to once again be among the stingiest in the league in 2020 with Laurent continuing to play a big role.

On the possibility of finishing his career as a Tiger-Cat:
“Of course, I definitely want to end my career as a Tiger-Cat. But you know it all depends on how my body feels. I could tell you right now, this could be my last contract and then when I’m done, I still feel good or I could say I’m going to sign another deal and then my body doesn’t feel good.”

Entering his 10th CFL season, Laurent is one of the most experienced players on the club and his stats back up why he’s among the scariest linemen in the league. As mentioned earlier, his numbers were down slightly last year from 2018, but you can just look at the success of guys around him, like Simoni Lawrence winning East Division’s Most Outstanding Defensive Player and league All-Star seasons from Ja’Gared Davis and Dylan Wynn, to measure just how valuable he remains to their defence.

Despite playing one of the most gruelling positions on the field, Laurent has managed to stay relatively healthy missing just four games in his last two seasons. He’ll be 34 when this contract is up and there’s no reason to think if feels like he’s still got some gas left in the tank he can keep playing beyond this deal.