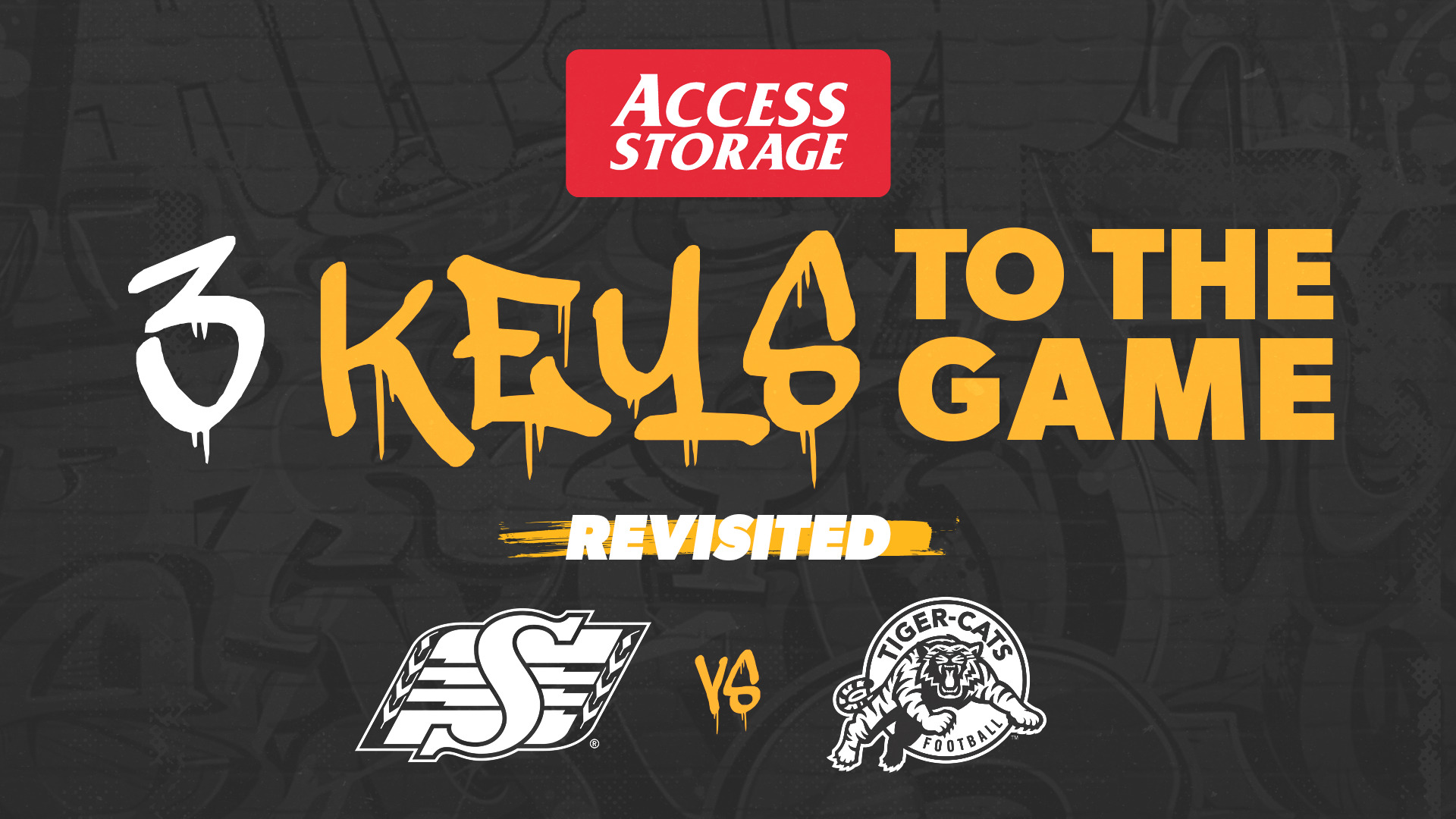 After every game, I am going to be going over my 3 keys article and revisiting them, to see exactly how they played out in the game. These are the revisited 3 Keys for a wild week 1 matchup.

1.Get the TigerTown faithful into it early.

While the game itself may have not gotten off to the start they wanted, the Ticats got the season off on the right foot, which has been something they have struggled to dot in the past. This was only the fourth time since 2000 that Hamilton has won the first game of the season. Even the rain couldn’t dampen the spirts of the Ticats and the TigerTown faithful.

This week was nothing short of exciting. It had electric passing plays, interceptions and even a punt return touchdown from Frankie Williams.

The first drive may have not gone to plan, but the Ticats would get the hometown crowd going eventually. Helped by three Hamilton penalties, Saskatchewan drove down the field on the first drive and Cody Fajardo found the endzone on a two yard run. Towards the end of the first quarter, Jeremiah Masoli got the Ticats offence rolling. Marching down the field, Masoli found Brandon Banks on a 41 yard touchdown pass on the first play of the second quarter to put Hamilton ahead 9-7

In the second half, Frankie Williams got the crowd roaring yet again. It was déjà vu for the Riders as Frankie Williams brought a 68 yard punt return to the house to put Hamilton ahead 17-13.

Even though it may not have happened as early as they would have liked, the Ticats did eventually get TigerTown roaring as they took home the 23-17 victory.

Coming into the game, I noted how Saskatchewan loves to pound the rock and well they did just that. The riders ran 65 plays from scrimmage last night. 32 of those were run plays. While William Powell did have some success on the ground, running for 104 yards, Hamilton was able to limit the big plays. Powell’s longest run of the night was 18 yards.

Furthermore, the Ticats did a really good job of shutting down the pass game. They held the riders quarterbacks to 184 yards and allowed no passing touchdowns. They also picked off Isaac Harker twice.

No one wanted to see this one play out this way. Collaros left the game 1:30 into the first quarter after a roughing the passer penalty on Simoni Lawrence.

Collaros has dealt with his fair share of injuries in the past, and hopefully we’ll see him back on the field soon.

Saskatchewan turned to Cody Fajardo and later Isaac Harker to handle the quarterback position. As mentioned, the Ticats defence did a good job of keeping the passing game in check, and were able to pick off Harker twice. Including a game sealing interception from Mike Daly on a hail-mary attempt from Harker.

Hamilton will be back in action Saturday June 22 when they make the trip down the QEW  and take on the rival Argos. Kick off at BMO Field is scheduled for 4 p.m. Be sure to check out the 3 Keys to Week 2 on game-day.