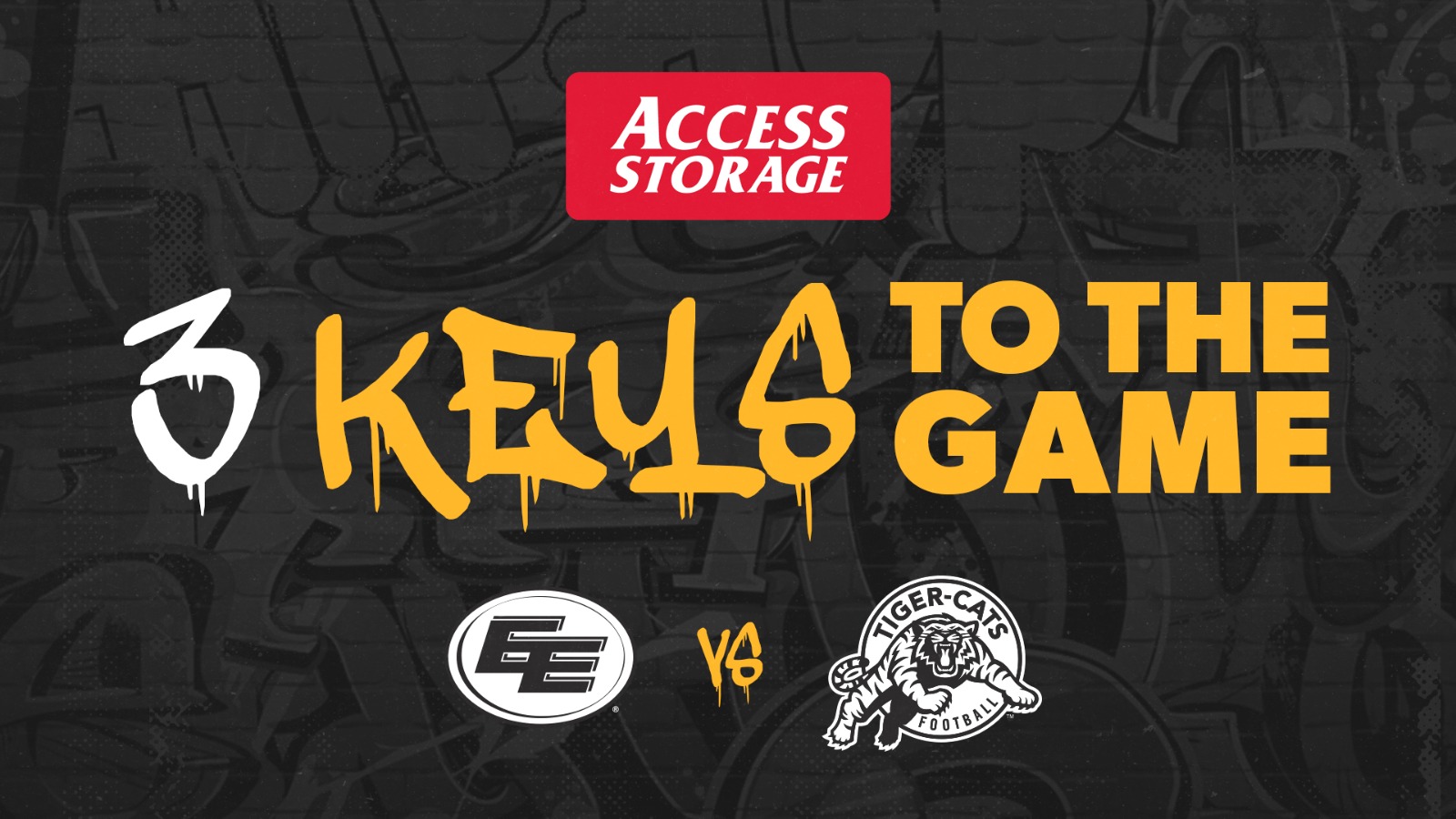 Friday is a big night for the Hamilton Tiger-Cats and the history of the franchise. Rob Hitchcock will be enshrined on the Wall of Honour at halftime. As part of the festivities, the 99’ Grey Cup champions will be in attendance. On top of that the fans will get to see one of the best teams in recent memory play the Edmonton Eskimos. The Ticats are currently 11-3 and are inching closer to clinching an East Final home game. That process continues Friday night at 7 p.m. against the Eskimos.  These are the 3 Keys to the game.

As mentioned, there will be legends all over Tim Hortons Field on Friday night. As part of the celebration there will be a pregame autograph session in the south plaza between gates 1 & 2, featuring Danny McManus, Paul Osbaldiston, Joe Montford and Rob Hitchcock. The session gets underway at 3:30 p.m. and will wrap up by 5.

Speaking of Hitchcock, it will be a special night for the legendary safety and he will be taking his place on the Wall of Honour at halftime.

Head Coach Orlondo Steinauer, who was on the ’99 team says he hopes he’ll get a chance to enjoy the pregame and halftime ceremonies but says the main focus will be on picking up two points and moving to 12-3.

After beating the Bombers in Winnipeg last week, the Ticats are the last remaining team in the CFL with a perfect record at home and will be looking to improve to 7-0 when on Friday night. If they can start this game the same way they started when these two teams met in Edmonton, that will go a long way to two points.

Dane Evans threw for three touchdowns in the first quarter of that game, going 7/8 with 197 passing yards and three touchdowns. Not bad. Brandon Banks, Marcus Tucker and Bralon Addison were on the receiving end of those touchdown passes.

Addison and Banks are proving to be one of the best one-two punches in the CFL. The dynamic duo are near or at the top of virtually every receiving category in the league and will play a major role in how the season ends for the Ticats.

The Ticats are going to be running out of room on their trophy shelves if this keeps up. They were handed a total of four CFL Top Performer honours over the past few days.

Simoni Lawrence was named the CFL’s Performer of the Week for Week 16. This one is hard to argue with after he broke the single game record for tackles with 17. Dane Evans was also named one of the Performers of the Week after he threw for 359 yards on 78.1% passing and matched a career high with three touchdown passes.

The accolades didn’t stop there for Evans. On Wednesday he was named one of the CFL’s top performers for September. In the month, he completed 78.9% of his passes, threw for a league high 1497 yards and nine touchdowns. Bralon Addison was named the CFL’s Top Performer of the month, tallying a league leading 27 receptions for 497 yards and four touchdowns.

These three guys will be trying to continue this form into the next month and for the rest of the year and it starts Friday night against Edmonton.