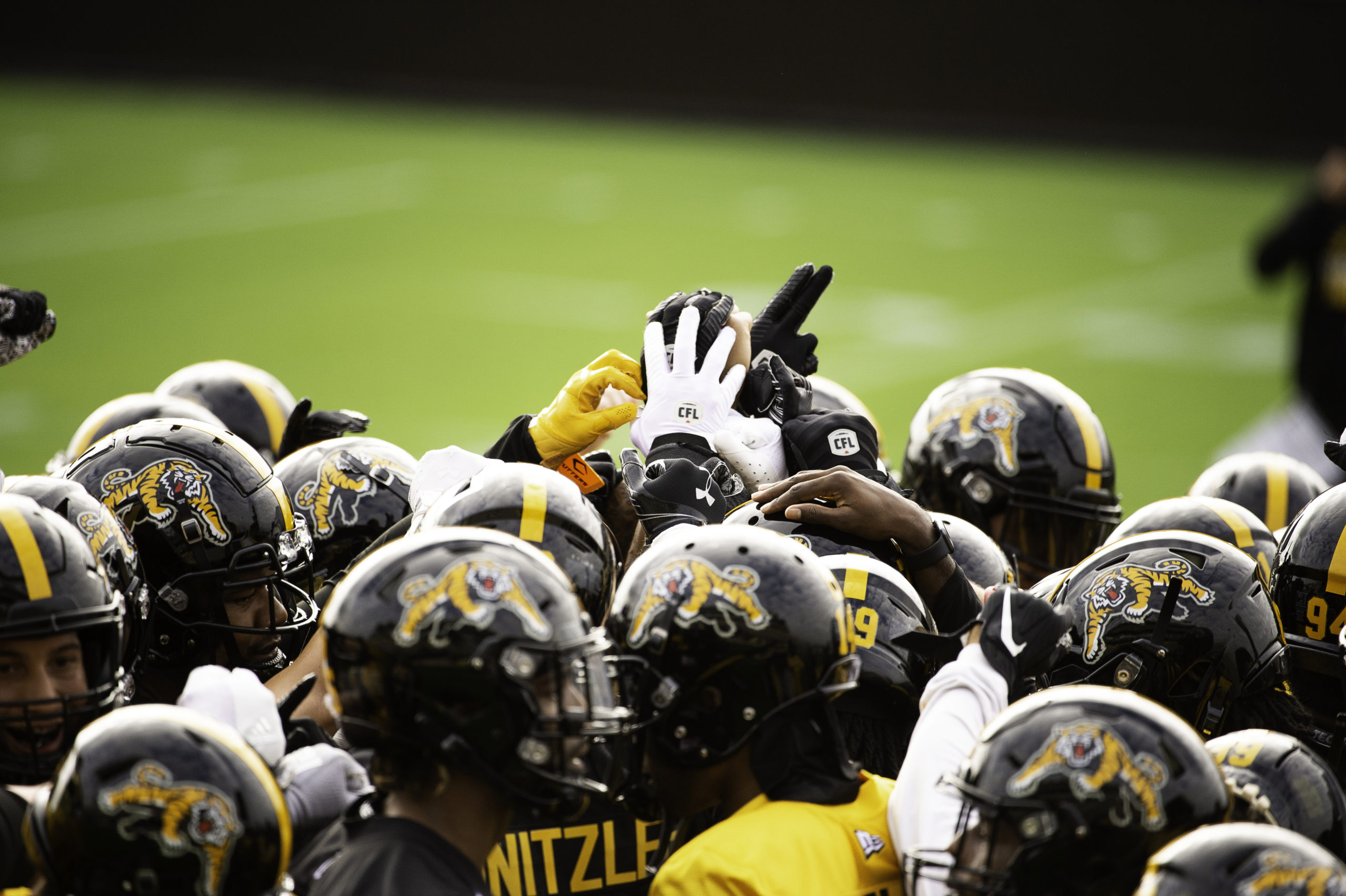 Man it feels good to be back. I know you probably clicked on this link to try and get the hard hitting analysis you’ve come to expect from your resident digital host, but let me just start off by acknowledging that even with the protocols in place, it feels good to be back at Tim Hortons Field. From making the drive down Nikola Tesla Blvd., passing all the factories along the way, to the walk from the parking lot to the stadium, to the familiar faces like Hall of Famer Steve Milton and local legend/equipment assistant Dylan Atack, it’s nice to be home. This is just another sign that life is starting to feel a little more normal again.

Competition. If I had a nickel for every time I’ve heard the word competition in the last seven days…I would have a lot of nickels. Competition has been the word du jour so far at training camp, and it doesn’t look like it’s going away any time soon. Since Head Coach Orlondo Steinauer was given the reigns in 2019, he has preached time and again that nothing is given when it comes to this organization, and it doesn’t matter if you’re entering your eighth season with the Ticats or you’re a 2021 CFL draftee, you will have to earn your spot on the roster. From the backfield to the secondary and all the positions in-between, there are spots up for grabs and it wouldn’t be a surprise to see a few newcomers challenge veterans, make an impact in camp and take the next step in 2021. 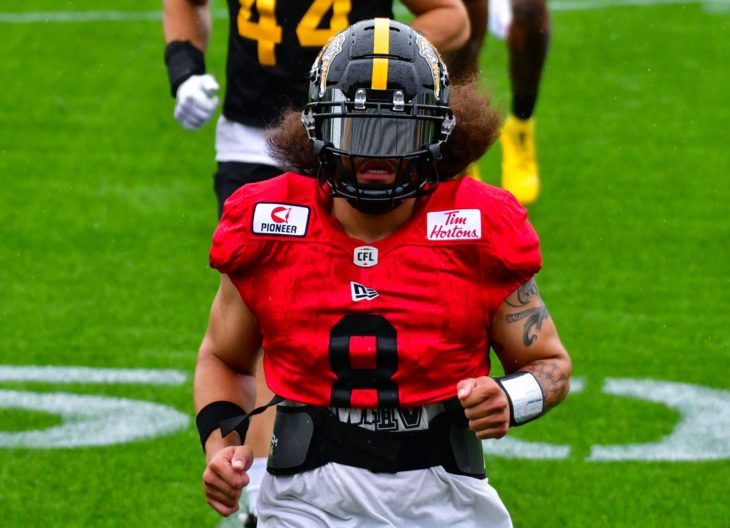 Quarterbacks. It’s no secret that Coach Steinauer has not named a starting quarterback to open the 2021 season. We will continue to see Jeremiah Masoli and Dane Evans compete (there’s that word again) during camp to see who will line up under centre when the Tiger-Cats take on the Blue Bombers on August 5 in Winnipeg. Don’t expect a decision anytime soon though, as Coach O was asked about this and flatly replied, “We’re not putting a timeline on that.” From my eye test from section 105, I would say both quarterbacks look like they’re in mid-season form. Their spirals are tight, they’re moving well and have both shown off impressive arm strength through the first week. And as for Jeremiah Masoli’s recovery from his injury that ended his 2019 season, he’s “not even thinking about it” out there and by looking at him, you can tell.

Slow and Steady. With such a long layoff since the last time some of these players took the field, some nicks and injuries were inevitable. The Tiger-Cats are taking extra precautions with veterans like Bralon Addison and Teddy Laurent, and not rushing anyone back to the field who isn’t 100%. However, despite not taking actual reps, these veterans have been highly visible throughout the week helping teammates and coaches with drills and different techniques. Coach O admitted they’re being extra cautious with veteran players to make sure they’re ready to start the season and said, “If we were playing Saturday, they’d probably be out there practicing.”

The Kickers. One of the competitions I’m most excited to watch during camp, outside of the quarterbacks, will be the kickers. The Ticats have brought in four kickers in Taylor Bertolet, Michael Domagala, Gabriel Ferraro and Matthew White, and one punter, Global Draft pick Joel Whitford, to compete for a job. This is reminiscent of how the team has approached the position in camp in the past when they didn’t have a player named Medlock or Hajrullahu on the roster. Each of the players in camp have shown ability to handle field goals, kick offs and punting duties so far, but I would expect the drills to get a little more intense and the field to be narrowed down as camp progresses.