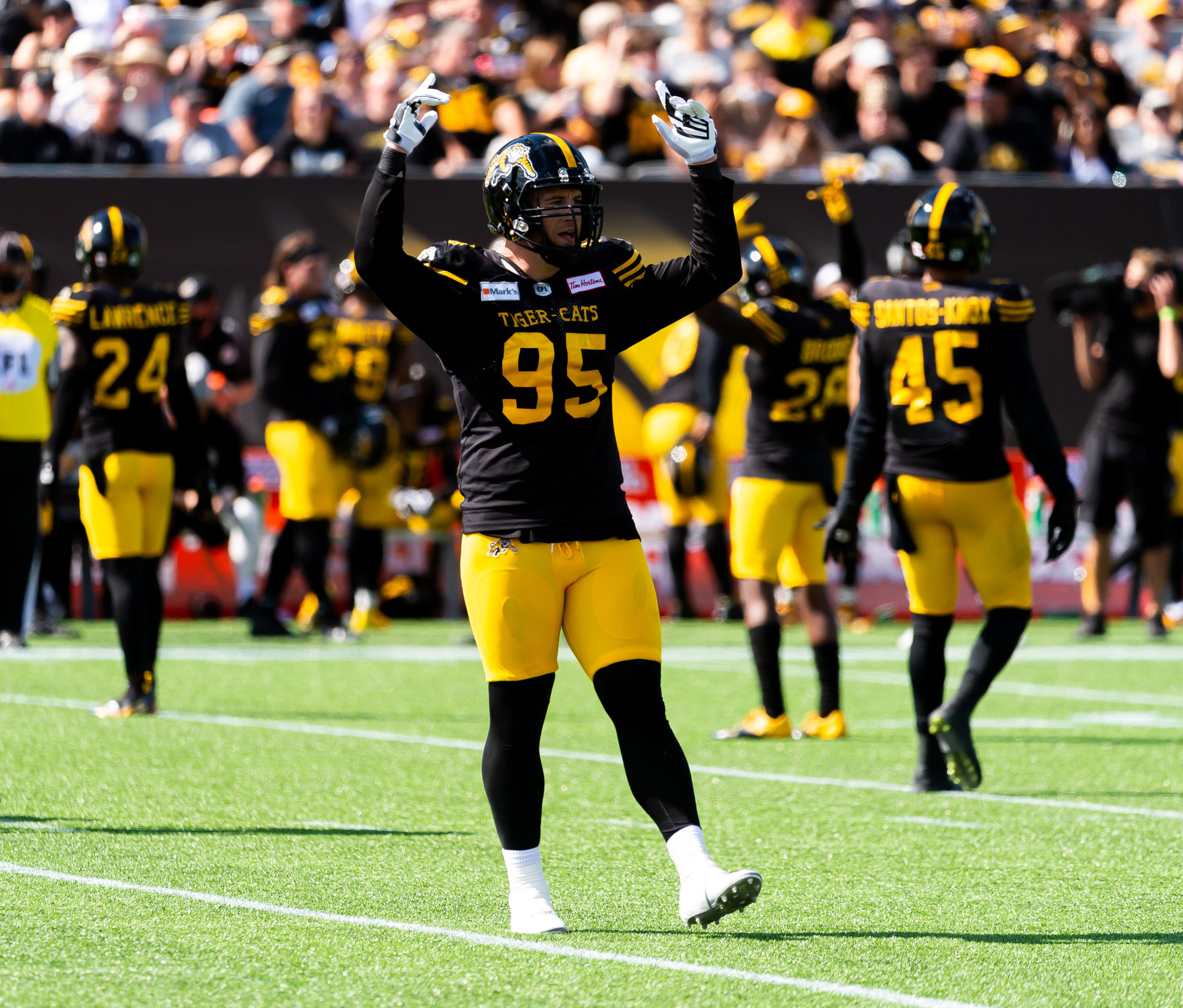 HAMILTON — The Montreal Alouettes look to rebound off a loss as they travel to Hamilton to take on the East Division-leading Tiger-Cats in the first game of a Saturday doubleheader.

Much like many of the teams in the CFL, this season has not been without the dreaded injury bug. It struck early for the Tabbies as they lost some key members of their squad. But some good news for Hamilton as three of their stars are set to hit the field on Saturday.

Jeremiah Masoli, who has been sidelined with a rib and elbow injury for a number of weeks now, will get the start for the Ticats while Brandon Banks also returns to the lineup. And finally, Bralon Addison will make his highly-anticipated debut in black and gold this weekend. 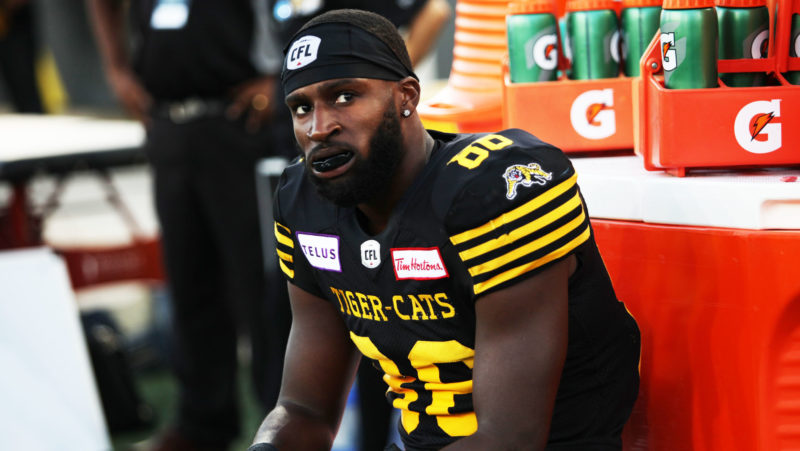 BRALON ADDISION WILL MAKE HIS TICATS DEBUT THIS WEEK AGAINST THE ALOUETTES (SHANNON VIZNIOWSKI/CFL.CA)

Addison, 27, was one of the many stars for the Tiger-Cats’ offence during their run to the Grey Cup in 2019. In 16 games, the CFL and East Division All-Star was among elite company near the top of all major reception categories. He ranked fourth in receptions (95), fifth in yards (1,236), second in yards-after-catch (558) and sixth in touchdowns (7).

While his absence from the field was certainly missed by the Ticats, his return could not come during a more vital stretch for the Ticats. With a stretch of Eastern Division games on the horizon and Montreal in the headlights, Orlando Steinauer is excited for what Addison’s games add to the Black and Gold’s offence both on and off the field.

“It was good to see Bralon out there,” said Steinauer after practice earlier this week. “He looked good. That’s a general statement but specifically, I just mean he didn’t have a lot of mental busts which is important and obviously he won’t be full-strength for a couple of weeks. But it’s good to have him back out there, he’s a good teammate and a good person.”

On the defensive side of the ball, Hamilton has been stout and that has played a role in their recent 3-1 record. Leading the way with 24 tackles, a pair of pick-sixes, a sack and 24 tackles was Simoni Lawrence whose play saw him be named one of the CFL Top Performers of the month of September.

While the 31-year old still appreciates and values these awards, the task of going toe-to-toe with the CFL’s leading rusher William Stanback is not lost on him.

“He’s a good back, he looks good against other teams. I know he runs vertically well,” said Lawrence. “You always want to be able to stop the run because anytime you get to second and more than five you’re going to win second down most of the time, especially us.”

Given the fact that dual-threat quarterback Vernon Adams Jr. is also a bloodline of the Alouettes’ offence that can attack vertically and on the ground, Lawrence is preparing for everything the Als might throw at him.

While Lawrence’s presence in the tackle box and the secondary may play a factor in the types of plays the Alouettes could run on Saturday, the Als have found success on the ground everywhere they’ve played.

Recording 154.2 yards-per-game on the ground against some very capable linebackers and defensive linemen, the challenge may not be imposing their will offensively but defensively.

Coming off a loss to the Toronto Argonauts for their second in a row and now finding themselves in last place in the East Division, the Alouettes decided changes needed to be made. A flurry of moves in the Alouettes’ front office now provides them with a unique opportunity to put a defence on the field that has yet to be captured by tape and catch the Ticats off guard.

It was announced earlier this week that the team had appointed their current director of national scouting Byron Archambault to assistant defensive coach. The 29-year old spent time with the Montreal Carabins where he served as special teams coordinator and linebackers coach from 2017-2019 under a familiar face in current Alouettes’ General Manager Danny Maciocia.

In addition to the promotion of Archambault, former defensive and special teams assistant Greg Quick was named the team’s new defensive line coach.

“Greg Quick has coached in this league a long time, eight years,” said head coach Khari Jones. “He’s just a solid coach for one thing. He brings a lot of energy, a lot of know-how. He’s been a defensive coordinator in this league, he’ll be a great resource for Byron…I feel good about what he’ll bring to the players.”

On the topic of his team as a whole, Jones spoke candidly about his expectations going forward through this stretch with starting in Hamilton.

“Just to keep improving is the biggest thing,” said Jones. “We’re a work in progress as a whole team, not as an offence, a defence or special teams. I feel like we all need to work as one and make sure that whatever side of the ball we’re talking about we just keep improving and keep getting better and keep feeling good about what we’re doing…I have no worries that we’re going to keep getting better now and I’m looking forward to it.”

You can catch the 4:00 p.m. ET kickoff on TSN, RDS and ESPN+ or follow along with CFL.ca’s Game Tracker.