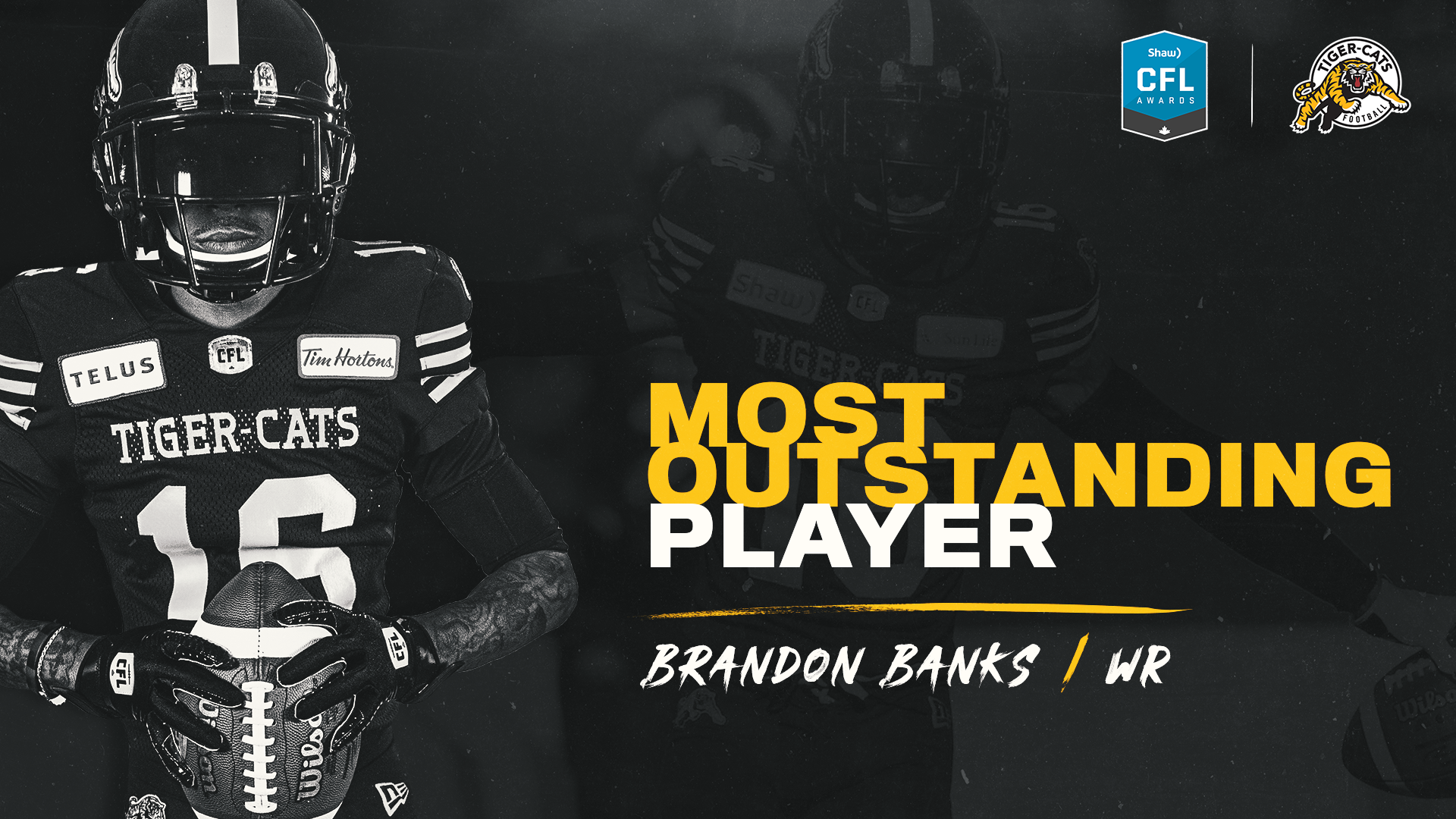 Banks, 31, started 16 games at wide receiver for the Tiger-Cats in 2019 and set career highs while leading the CFL in all major receiving categories, including receptions (112), yards (1,550) and touchdowns (13), as well as targets (158). His 112 receptions also set a Tiger-Cats’ single-season franchise record. He was named a divisional all-star for the sixth consecutive season (2014-19), earning the nod for the third time as a wide receiver after three-straight as a kick returner.

The Kansas State product received 41 first-place votes to win the award over West Division nominee Cody Fajardo of the Saskatchewan Roughriders, and becomes the fifth Tiger-Cat to take home Most Outstanding Player honours, joining Danny McManus (1999), Jimmy Edwards (1977), Garney Henley (1972) and Bernie Faloney (1961). Banks, who was also the CFL’s Most Outstanding Special Teams Player in 2015, becomes the ninth receiver to win the league’s top award and first since Chad Owens in 2012.