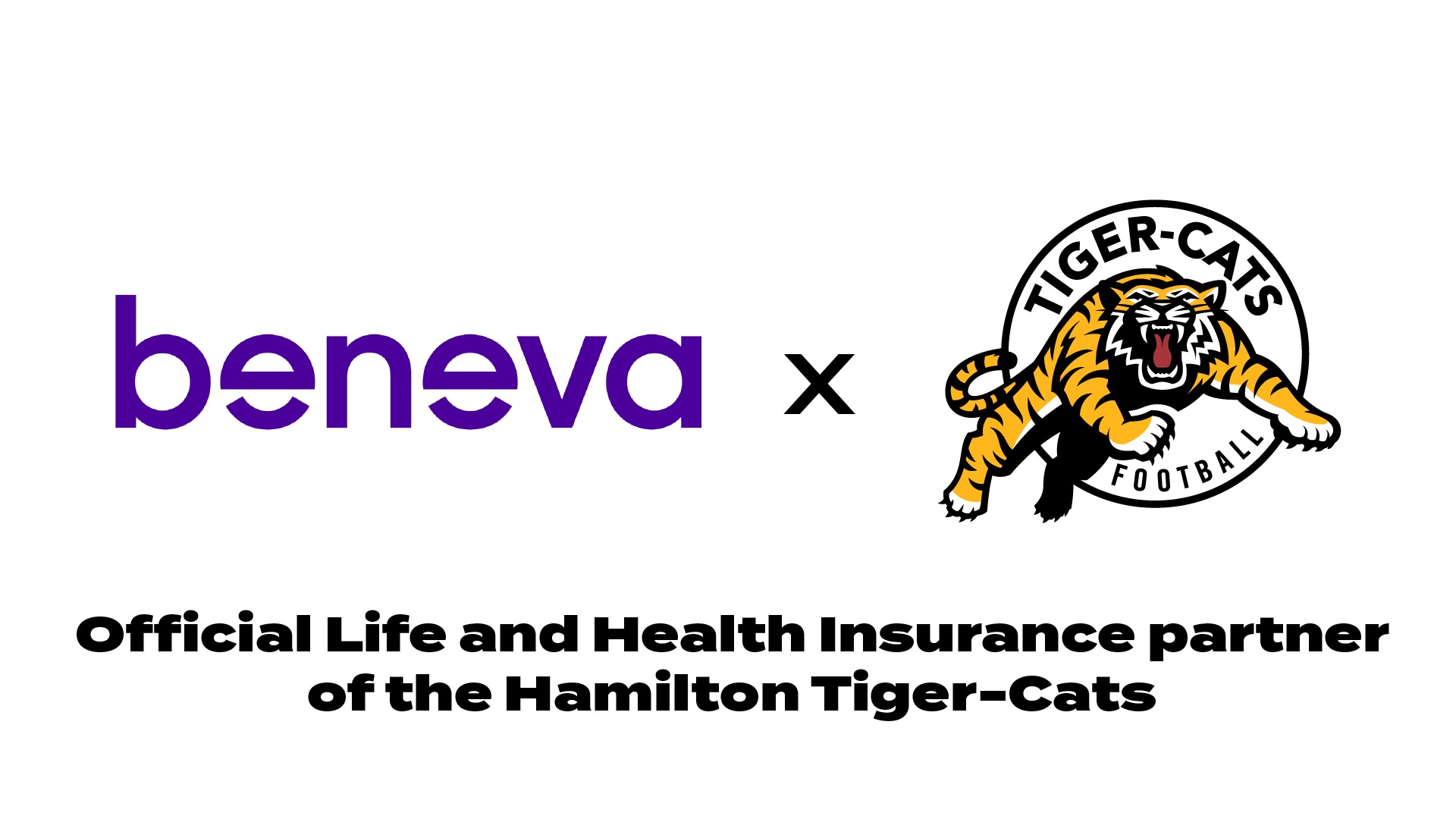 The Hamilton Tiger-Cats are pleased to announce a multi-year partnership with Beneva – the new Official Life and Health Insurance partner of the team.

“We’re proud to welcome Beneva as a partner of the Hamilton Tiger-Cats” said Matt Afinec, President and COO of the Tiger-Cats. “Our partnership with Beneva will allow them to connect with our fans through the Tiger-Cats gameday experience.”

As part of the partnership, Bevena will present the Ticats “Families on the Field” program that will provide fans the opportunity to take to the playing field following each home game. Beneva will also be present through the gameday broadcast with on-field signage and present a new content series on the Ticats social media channels.

“Beneva is thrilled to announce its partnership with the Hamilton Tiger-Cats, a team deeply rooted in the Hamilton community, and one that’s making its mark across Canada. This partnership gives us great visibility as we push forward with our brand rollout from coast to coast,” says Louis-Philippe Roux, Beneva’s Vice-President of Marketing and Communications .

About the Hamilton Tiger-Cats

A proud member of the Canadian Football League, the Hamilton Tiger-Cats have a rich 153-year history which includes 15 Grey Cup Championships. The team’s mandate is to connect and energize the Hamilton community through Tiger-Cats football, while committing to a pursuit of excellence both on and off the field. As part of that promise, the Tiger-Cats are extremely active in Hamilton and surrounding communities, running numerous programs to promote healthy, active and empowered youth. For more information, visit Ticats.ca or call 905-547-2287.

Created by the coming together of La Capitale and SSQ Insurance, Beneva is the largest insurance mutual in Canada with more than 3.5 million members and customers. Beneva employs over 5,000 dedicated employees: people looking out for people. Its human approach is rooted in mutualist values that are shared by its employees. With $26.8 billion in assets, Beneva positions itself as a major player in the insurance industry. Its head office is located in Quebec City. For more information, please consult beneva.ca.

Policyholders of contracts issued by an insurance company of Beneva Group Inc. are members of SSQ Mutual and La Capitale Civil Service Mutual.