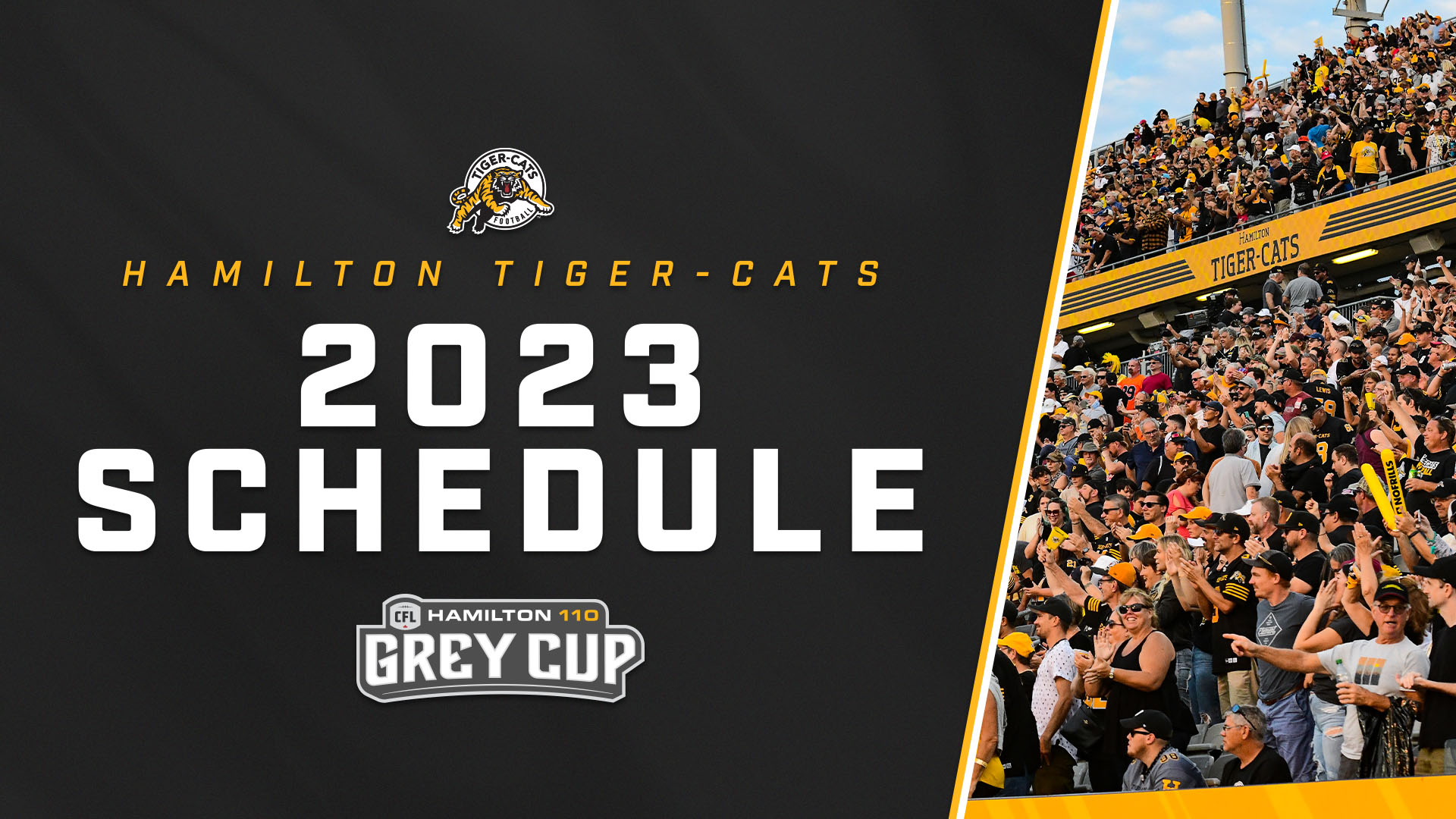 Hamilton Tiger-Cats fans kicked off their holiday season with an early gift Tuesday afternoon as the Canadian Football League unveiled the 2023 CFL schedule, beginning on June 8 and wrapping up with the 110th Grey Cup game in Hamilton on November 19.

From the Home Opener to the Labour Day Classic, to South Plaza Saturdays and everything in between, Ticats fans will have plenty to look forward to throughout the 2023 CFL season.

While the Tiger-Cats kick off their 2023 campaign on June 9 at IG Field in Winnipeg, Ticats fans will have to wait a little bit longer to pack the donut box with the Home Opener, presented by FirstOntario slated for Friday, June 23 when the Montreal Alouettes come to town. The Ticats will look to build on a 4-3 record in home openers at Tim Hortons Field with previous victories in 2015, 18’, 19’ and 21’.

Speaking of winning records…look no further than the Tiger-Cats at Tim Hortons Field on Labour Day. Since the new building opened in 2014, a Labour Day win has become something of an expectation amongst Ticats fans and for the most part, the team has delivered on the field with a 7-1 record. Hamilton will look to avenge the lone blemish on its record when the Argonauts make the trip down the QEW for this year’s version of the Labour Day Classic, presented by WeatherTech on Monday, September 4 at 3:30 p.m.

Another one of the great traditions at Tim Hortons Field is the annual Canadian Football Hall of Fame game that takes place following the CFHOF induction ceremony. The 2023 iteration of the game is a rematch of the Tiger-Cats two most recent Grey Cup appearances when the Blue Bombers make the trip east on September 16 at 7 p.m. The 2023 CFHOF class will be enshrined the night before in a ceremony at Tim Hortons Field. Details on this will be unveiled closer to the event.

For the second time in three years, the Grey Cup will be at Tim Hortons Field in Hamilton and this year’s event will be unlike anything we’ve seen before. The only way for fans to guarantee tickets to the 110th Grey Cup in Hamilton is to become a Tiger-Cats season seat holder. To secure your seats or for more information please visit ticats.ca/greycup110 or contact a Tiger-Cats ticket representative at (905) 547-2287 or tickets@ticats.ca.

Hamiltonians won’t be without their beloved Tiger-Cats for any extended period this season, after the home opener on June 23, the Tiger-Cats never go more than one week away from Tim Hortons Field. Furthermore, the summer months are jam packed with Tiger-Cats action, including six home games taking place in the 10 weeks between the home opener and Labour Day Classic.

The Tiger-Cats and Argonauts will surely be well acquainted yet again this season and while it won’t be on the level of four games in five weeks, which we saw last season the two teams will still go head-to-head four times again in 2023. Ticats fans don’t have to wait long for the first meeting this season which will take place on Sunday, June 18 in Toronto, while the defending Grey Cup champions make their first appearance at Tim Hortons Field on July 21. The third meeting between the teams will take place on Labour Day before they wrap up the season series at BMO Field on Saturday, September 23. 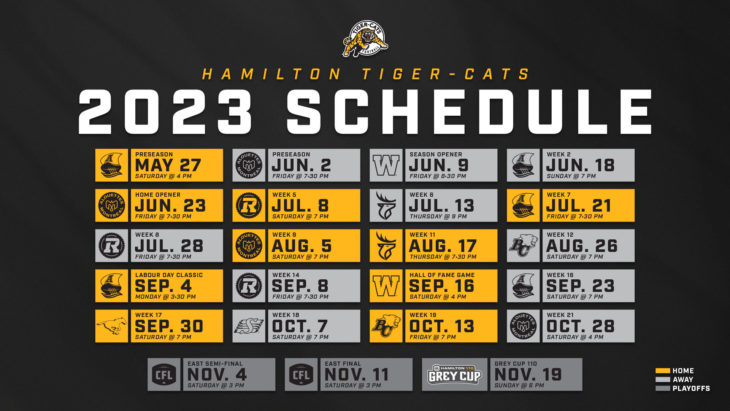