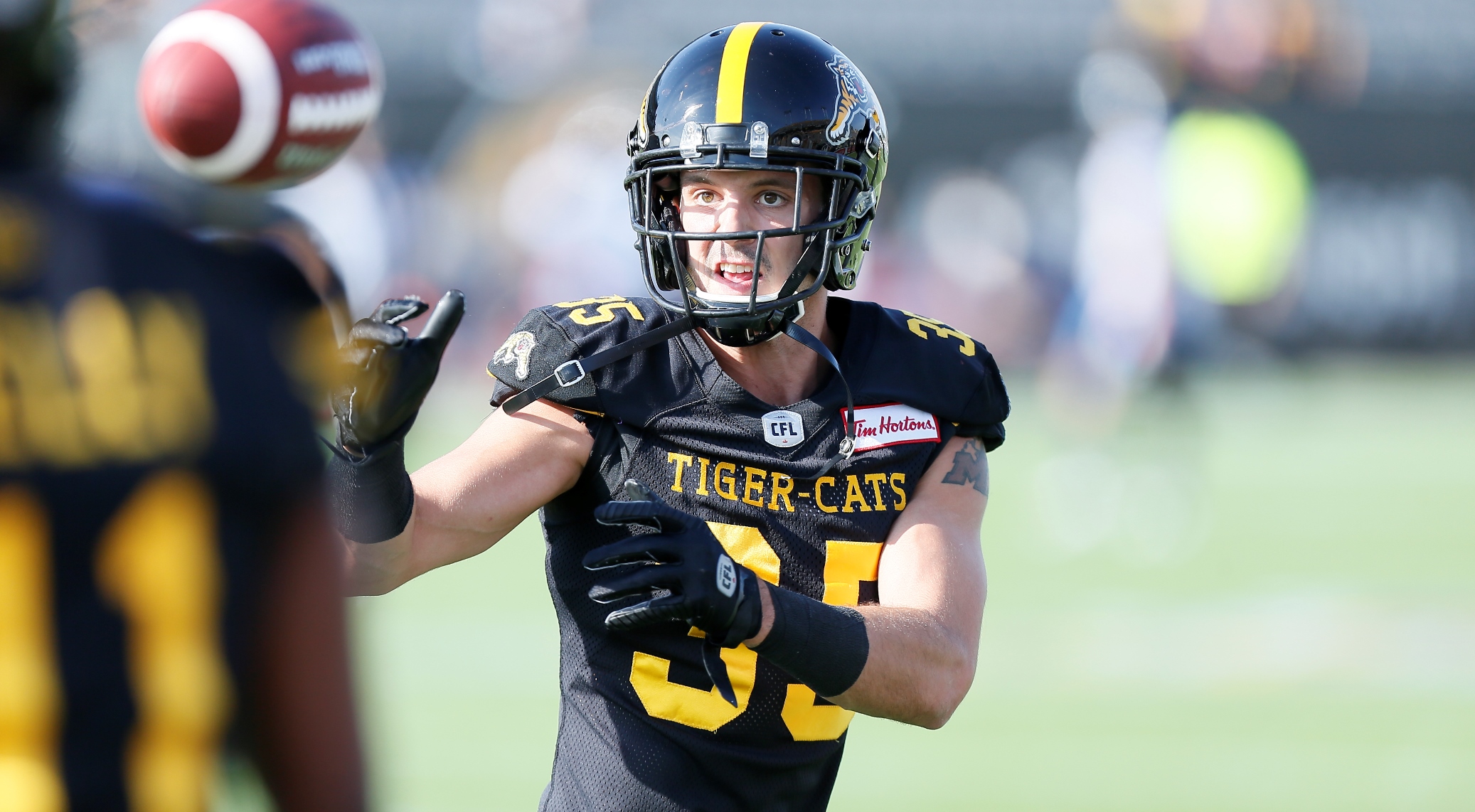 At each Grey Cup, the CFLPA has the honour of presenting the Tom Pate Award. It is an award presented not just for one’s ability to perform on the field, but also is an award given to a player who displays qualities that distinguish them from their peers off the field as well. The recipient embodies the qualities that distinguished Tom Pate; qualities that recognize a player with outstanding sportsmanship, one who has made contributions to his team and to his community, as well as to his Association.

Daly has continued to work hard to support his community and teammates through these unprecedented times. He developed community relationships early on as he went to McMaster University and was involved with the McMaster Athletes Care program. Daly is also a spokesperson for the TELUS #EndBullying All-Stars and Be More Than a Bystander programs.

Each year, the current CFLPA membership across the league selects a teammate to be nominated for this award and represent their respective team. From the nine team nominees, one individual member is selected to receive the honour of being awarded the winner of the Tom Pate Award for that season.

Tom Pate had a unique combination of outstanding sportsmanship, dedication and sense of community. He was educated at the University of Nebraska where he majored in business administration while playing for the Cornhuskers. He joined the Hamilton Tiger-Cats in 1975 and as a rookie played 14 regular season games. In October 1975, his life was abruptly ended, when in his fourteenth game against the Stampeders in Calgary, he suffered an aneurysm in the fourth quarter. Pate, only 23 at the time, never regained consciousness and passed away just two days later.

About the CFLPA
The Canadian Football League Players’ Association (CFLPA) is the union for professional football players in the Canadian Football League (CFL). Since 1965, the Association has worked to establish fair and reasonable working conditions while protecting the rights of all CFL players. In addition to negotiating and enforcing the terms of the Collective Bargaining Agreement (CBA), the CFLPA provides a variety of member services, builds corporate and community partnerships and works diligently for the betterment of its membership. 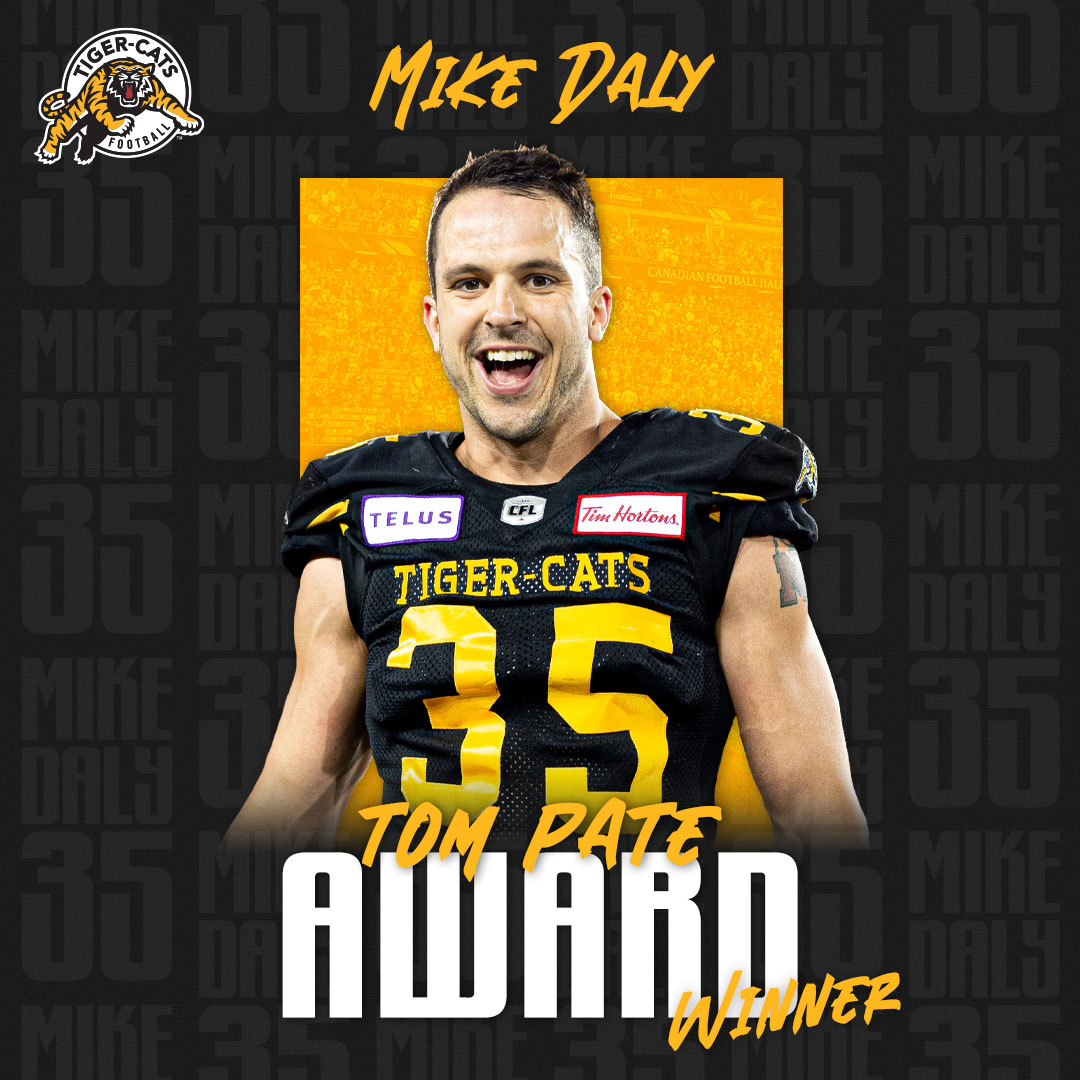 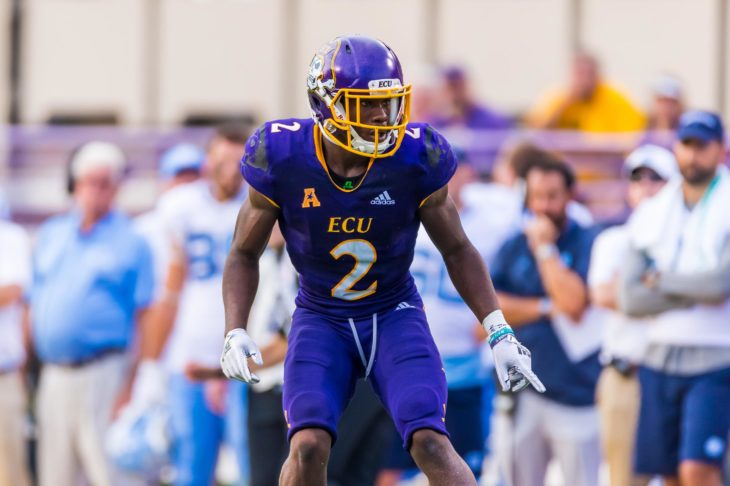