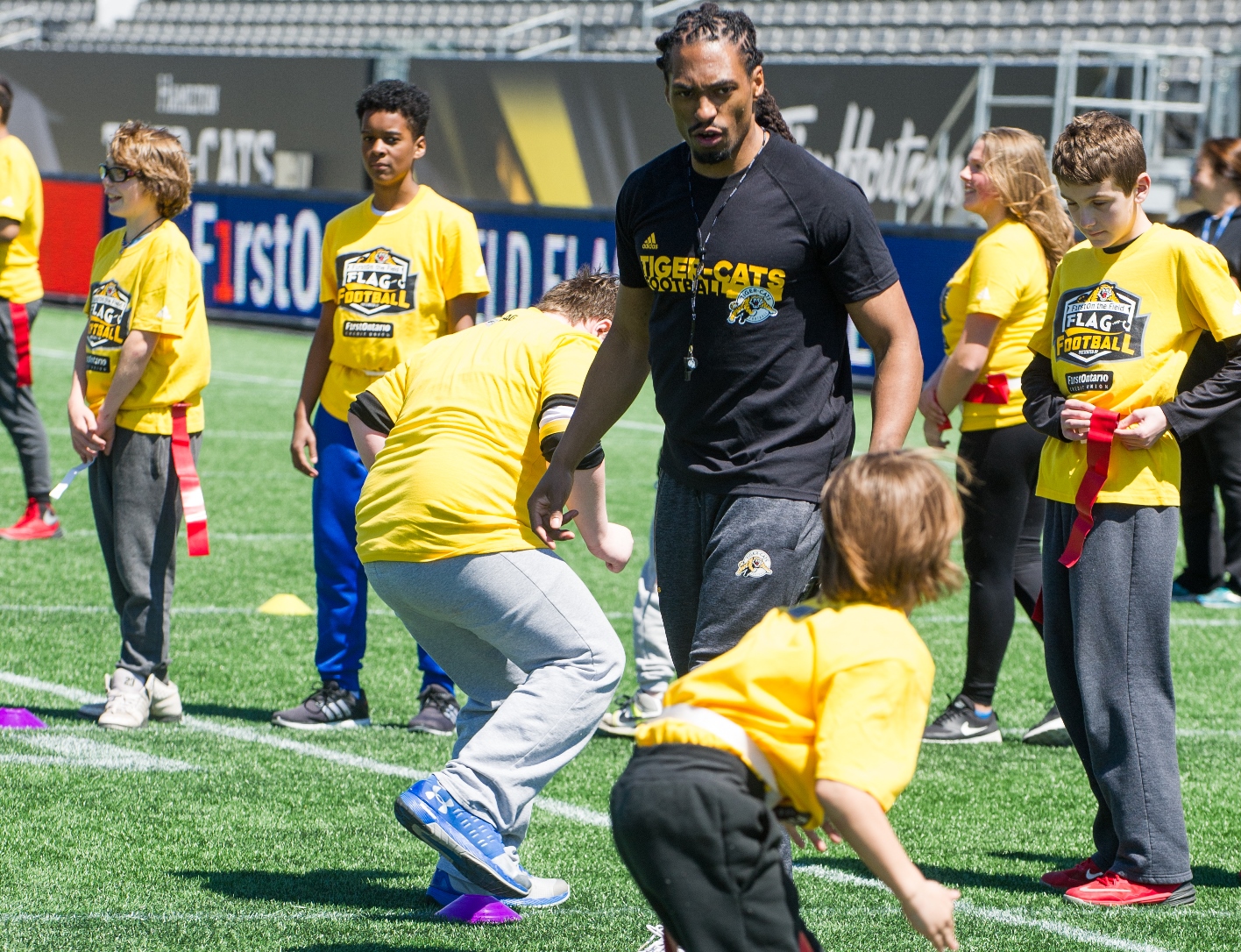 In his new role, Stephen will oversee the football club’s community outreach efforts by developing strategies and executing programs designed to promote healthy, active and empowered youth. The main areas of the team’s community focus will continue to be on youth football development, health and wellness education, and delivering strong messaging of social responsibility through gender-based violence awareness, and equality, diversity and inclusion programs.

“We’re extremely excited to have Courtney join our staff as our community partnerships lead as we strive to continue to make a difference in the Greater Hamilton Area,” said Matt Afinec, President and Chief Operating Officer of the Tiger-Cats. “Courtney understands our community mandate having been a huge part of it when he was a player. He most recently helped launch our Future Business Leaders Seminar program and we look forward to expanding on that and similar programs moving forward.”

Stephen spent eight years as a player in the Canadian Football League with the Tiger-Cats (2013-18, 20) and Calgary Stampeders (2019), suiting up in 113 career games in his career before retiring last month on June 24, 2021. Overall, he registered 219 defensive tackles, 54 special teams tackles, two quarterback sacks, 12 interceptions and seven forced fumbles. The 6-1, 199-pound native of Brampton, Ontario also appeared in nine playoff games for the Tiger-Cats, including the 102nd Grey Cup game, and was the team’s nominee for the CFL’s Jake Gaudaur Veterans’ Award in 2016.

“Since the first day I arrived in Hamilton, the fans and people in the community welcomed me with open arms. They really made this city feel like home,” said Stephen. “Hamilton will always hold a special place in my heart and I can’t wait to begin where I left off as a player and continue helping the Tiger-Cats give back to a community that gives so much to us.”