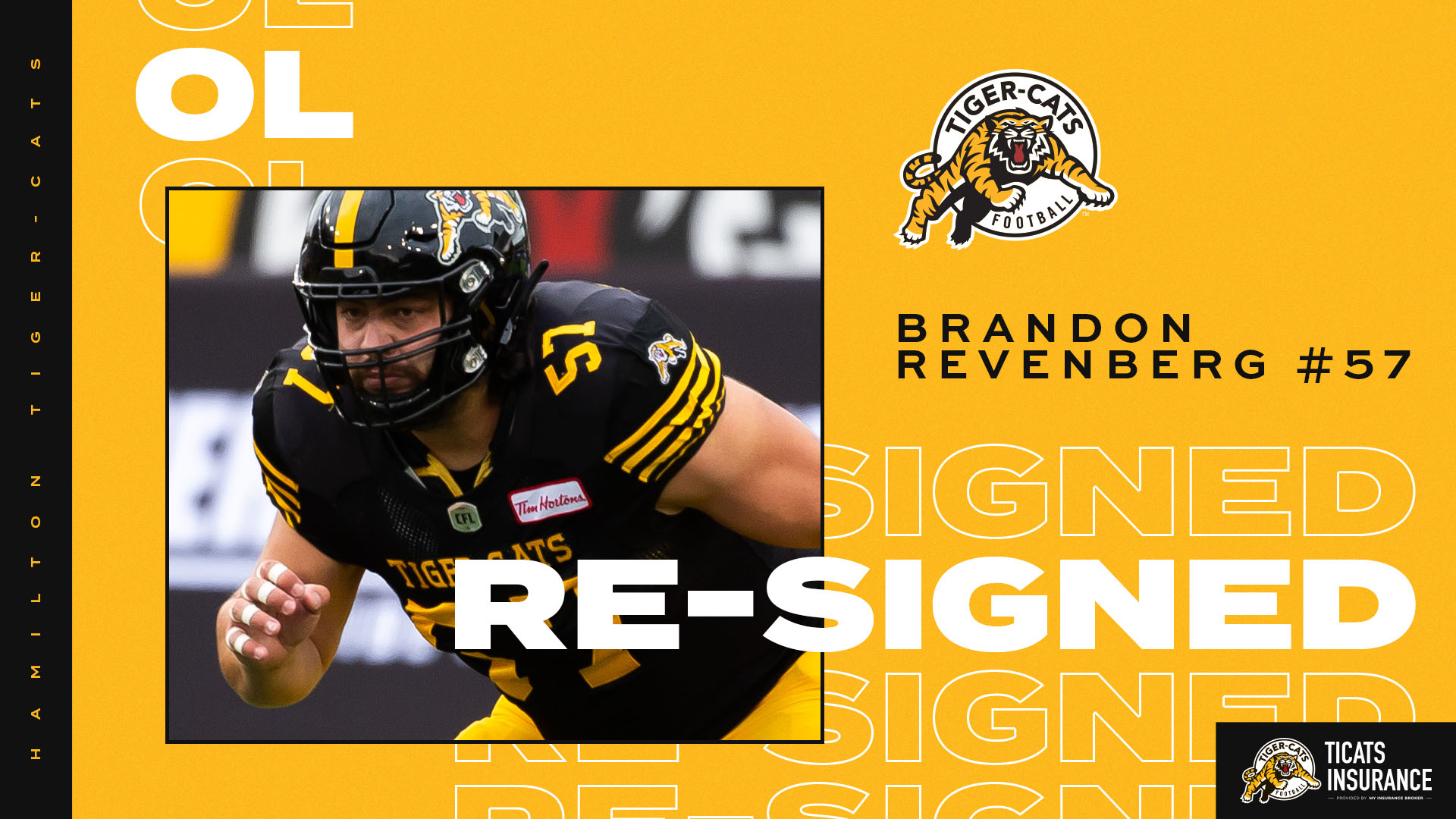 “Brandon is not only a dominant football player but an extraordinary human being.” Said Orlondo Steinauer, President of Football Operations and Head Coach of the Hamilton Tiger-Cats. “We have had the pleasure of watching him develop into one of the best offensive lineman in the CFL and we’re excited that he and his family have chosen to remain in Hamilton.”

Revenberg, 29, started all 14 regular season games and all three playoff games at left guard for the Tiger-Cats in 2021 and was named the East Division’s Most Outstanding Offensive Lineman as well as a Canadian Football League and Divisional All-Star for the third consecutive season (2018, 19, 21).

The 6-4, 301-pound native of Essex, Ontario, is yet to miss a game due to injury in his five-year CFL career (2016-21), appearing in 85 regular season games and eight playoff games (two Grey Cups) with the Ticats since 2016. The Grand Valley State product was selected by the Tiger-Cats in the first round, third overall in the 2016 CFL Draft.