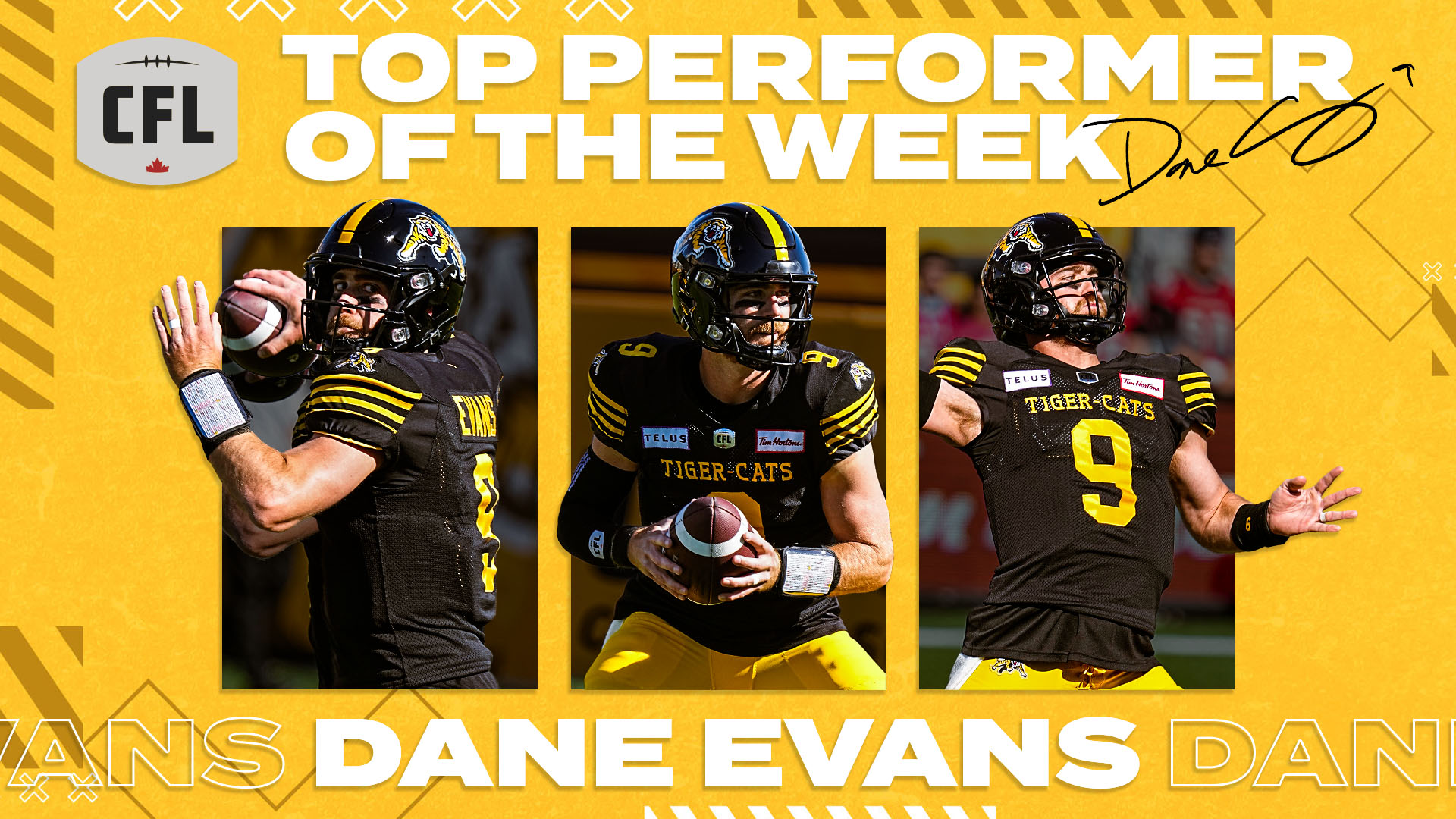 Evans, 28, led the Tiger-Cats with 21 completions for 345 yards with two touchdown passes, in Hamilton’s 25-23 win over the Ottawa Redblacks Saturday night at Tim Hortons Field. The Tulsa, Oklahoma native led the Ticats on a five-play, 49-yard, fourth quarter drive resulting in a three-yard touchdown pass to Tim White, to put the Ticats ahead with 19 seconds remaining.

Winnipeg’s Greg Ellingson and Edmonton’s Kenny Lawler, first and second respectively, join Evans as this week’s Top Performers. The three players were chosen by a panel of judges made up of Matt Dunigan and Marshall Ferguson of TSN, and Pierre Vercheval of RDS, who independently send their selections to the CFL league office.