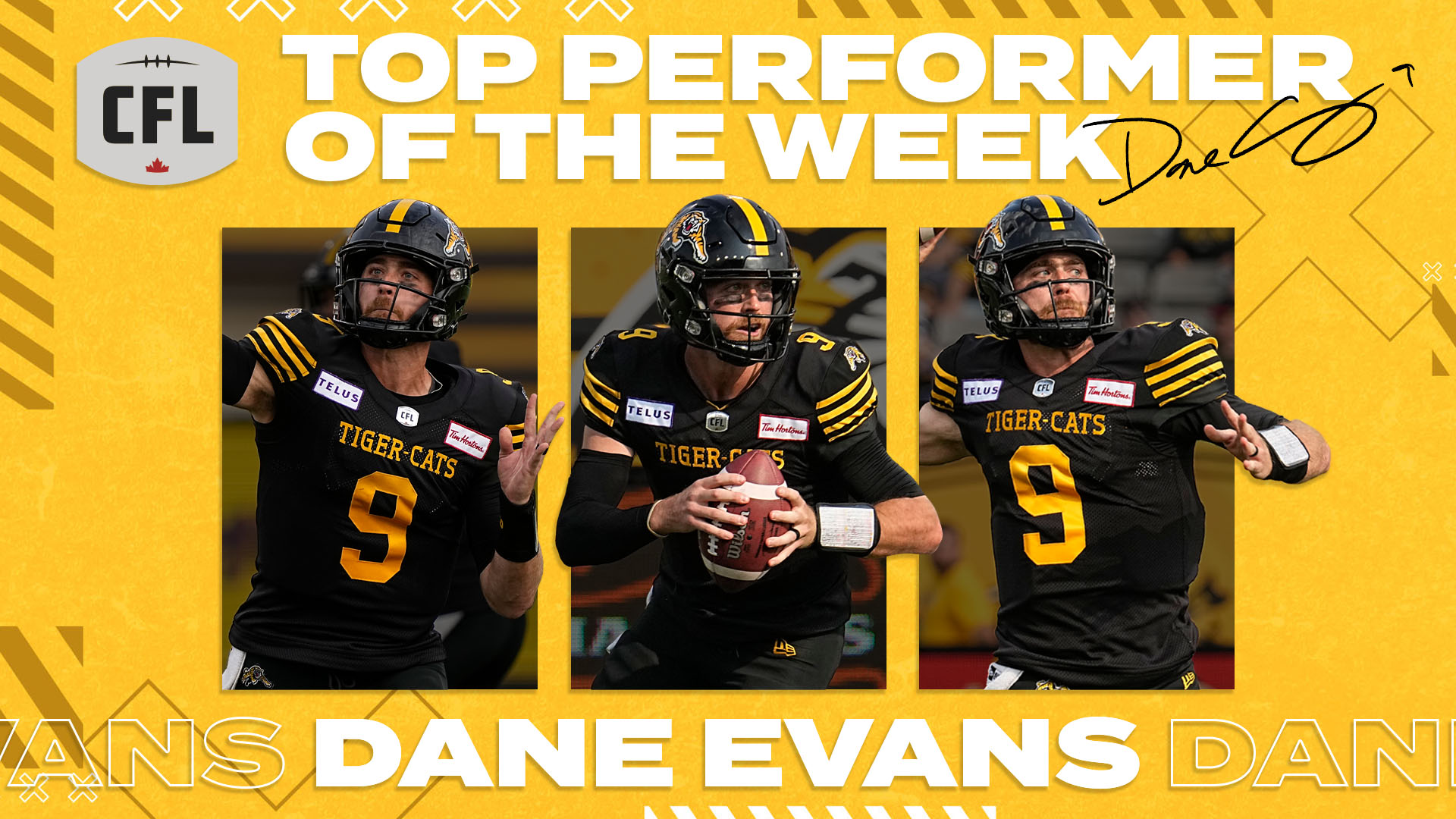 Evans, 28, led the Tiger-Cats with 25 completions for 327 yards with five touchdown passes and zero turnovers in Hamilton’s 48-31 win over the Winnipeg Blue Bombers at Tim Hortons Field. The Tulsa, Oklahoma native led the Ticats on a game-sealing, 14-play, 90-yard touchdown drive culminating with a six-yard touchdown pass to David Ungerer III to put the Ticats ahead 48-31 with 1:57 remaining in the game.

Edmonton’s Taylor Cornelius and Matthew Thomas, second and third respectively, join Evans as this week’s Top Performers. The three players were chosen by a panel of judges made up of Matt Dunigan and Marshall Ferguson of TSN, and Pierre Vercheval of RDS, who independently send their selections to the CFL league office.