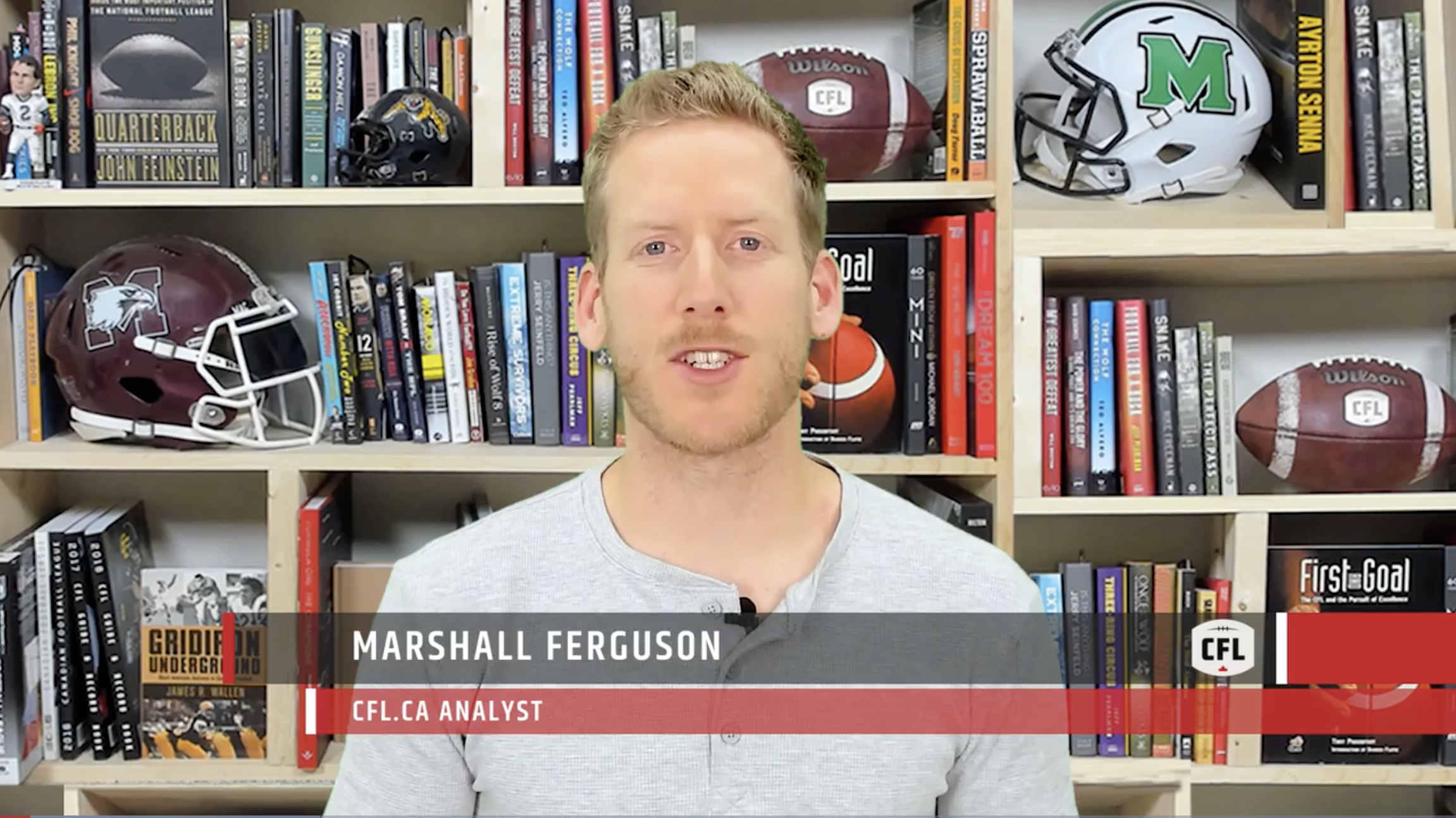 Well, that was an adventure.

In a year unlike any other leading up to draft night, it’s fitting that the big show itself be full of twists, turns and some memorable moments that could shape CFL franchises over the next decade.

Here are my five takeaways from the 2021 CFL Draft.

I knew coming into the draft that Calgary’s offensive line would play a large part in the shaping of draft boards across the CFL, but you factor in the two linebacker selections and former Dinos dynamo Deane Leonard getting selected and you have yourself yet another in a long string of dominant Dinos draft performances.

Just how extraordinary is Calgary’s run of high end CFL talent production? They are tied with Laval for active streak of U SPORTS programs with at least one player selected (20) but lead Laval in total draft picks over the last decade 48 to 40.

The quality and quantity of their talent production is second to none every year, but this was a special group who won the Vanier Cup over Montreal in 2019 and were poised to run it back with this elite group before COVID struck. That pause in play likely robbed the Dinos of back-to-back national championships after more than twenty years without a single ring.

Via @CFLFootballOps on twitter last night, Jake Burt became the first player officially listed as a tight end to be selected in the first round since Scott Regimbald, who went seventh overall to Calgary in 2000. The last time a TE went first overall was in 1989, when the Ottawa Rough Riders chose eventual CFL All-Star Gerald Wilcox.

He was the last player added to the draft list and the first off it, following a trend of recent last-second additions to sky rocket up draft boards such as UCLA LB Cameron Judge and Idaho REC David Ungerer.

The rarity of a tight end is real in CFL drafts, but this one might have signalled an interesting evolution of the game and trends. Without being too whimsically theoretical: The CFL spread the field and welcomed bigger bodies to play ‘untraditional’ positions decades ago, which the NCAA and NFL have utilized more as time has passed allowing big men to play without their hand in the dirt next to an offensive tackle.

Now those bigger bodies are being paired with evolved athleticism and – most importantly – Canadian draft eligibility creating a new hybrid role that I could see becoming prominent across the CFL over the next five years including Burt, Riders draft pick Bruno Labelle from Cincinnati and even dual-sport athlete Dominic Johnson from the Buffalo Bulls.

Every year there are minor ebbs and flows in positional preference. It’s part of what makes figuring out the draft enjoyable as we build storylines and see if they play out when the Commissioner steps to the microphone, but this year was completely sideways.

After a three-year stretch without a QB drafted in the CFL (2016-2018) we hit a good stride over the last two drafts with a Canadian QB (Micheal O’Connor and Nathan Rourke) taken higher than ever in back-to-back years. That streak, however, ended last night with a thud.

TSN’s Duane Forde and I both agreed going into Tuesday that defensive backs were the premier positional group, an argument supported by their draft priority. Defensive backs had their highest average draft pick position (32.0) since 2014 (28.8) and had five ball hawks drafted in the top-25 picks for the first time since 2016, when the likes of Taylor Loffler, Arjen Colquhoun, Anthony Thompson, Elie Bouka and Mikael Charland all went early.

The real story, though, was the receivers and their disappearing act from draft night proceedings.

Over the last decade, an average of 12.7 receivers have been selected per typical eight round draft. Last night we only had four taken. Pro rate that number over six rounds to the eight round standard (5.3) and you still end up more than seven pass catchers short of an average CFL Draft.

It wasn’t just the numbers that were down, but the priority as well. Since 2012, the first receiver off the board averaged in around the fifth overall selection. In 2021 – Jake Burt notwithstanding – Terrell Jana was the first official receiver taken at 17th, just a year after fellow Virginia Cavalier alum Dejon Brissett went second overall to Toronto.

The last time the first receiver off the board was at 17 or later? 57 years ago when Toronto Varsity Blues Don Near went 36th overall to Winnipeg.

So which positional groups feasted on the receivers lack of prominence?

Draft steals are always subjective but it felt as though many well regarded players slid down the draft board on Tuesday night.

I didn’t anticipate Edmonton taking Cole Nelson at fifth overall. I thought they were destined to draft Mohamed Diallo from Central Michigan but he slid all the way to Hamilton at 19th overall to give immediate depth behind Ted Laurent.

BC played the patience game perfectly getting their man Ben Hladik from UBC at a great value of 22nd overall while Regina RB Kyle Borsa and Manitoba DB Shae Weekes landed gently in Winnipeg much later than I expected.

At 38th overall, Logan Bandy fell all the way from the first round of my mock draft, perhaps an unfair projection after speaking with one CFL source who when asked how a fall that dramatic was possible responded, “lazy media scouting to pick the biggest guy on the best offensive line on the best team and label him the best offensive lineman. We had a higher grade on him than where he landed, but Saskatchewan got great value.”

Amidst all the noise and postering, there is one player who will undeniably be labelled the steal of the draft, should he ever suit up in the CFL. When Chuba Hubbard was taken 43rd overall by Calgary I smiled, because I can only imagine the Cornish or Harris-like impact he could have to invigorate that fan base, West Division rivalries and the CFL running game.

HOW WE’LL REMEMBER THIS DRAFT…

There is still much up in the air thanks to future picks, the potential of losing a high draft pick to the NFL, COVID looming over this season and the motivation of every player to prepare in a way that prevents injury after such a long time away from the game, but this draft was special.

As the night was winding down, I started looking back through the names taken and imagining where they might contribute in a meaningful way to CFL rosters over the next decade. While we might see less than half of these picks wear a CFL uniform, I can’t help but think if even a few of the big names called on Tuesday make their way North, we could look back at this draft as one of the most meaningful in recent memory.

Fingers crossed they get the chance to show their worth in training camps, pre-season games and when the lights come on for real sooner rather than later. 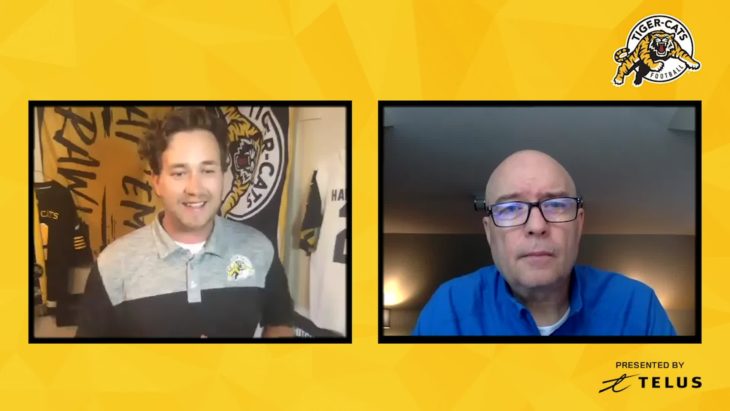