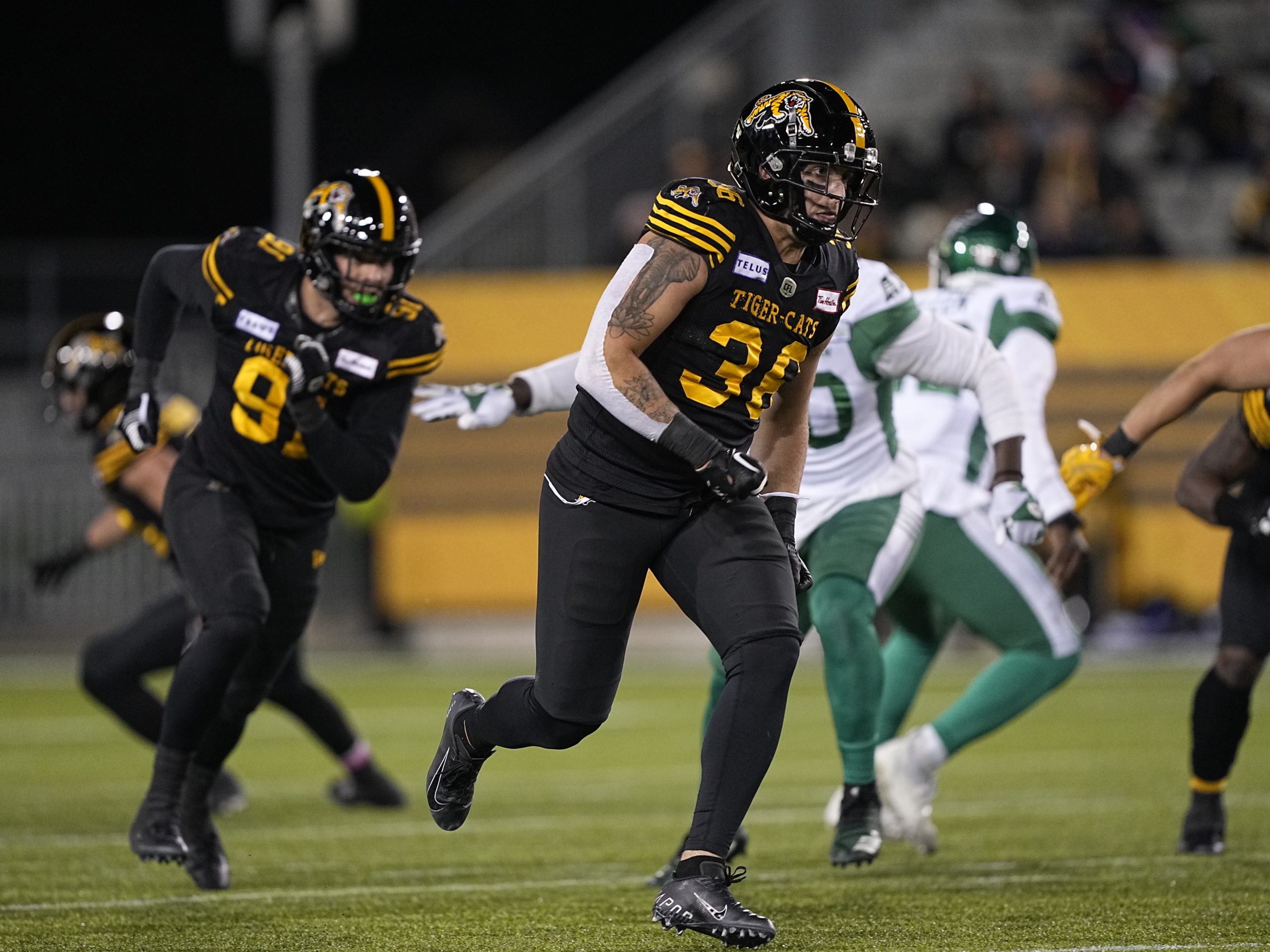 News Player Profile
From football to medicine, Bailey Feltmate aspires to do both
October 28, 2022

On the field, he’s a 6-2, 240-pound linebacker often seen making big blocks on special teams. But off the field, 24-year-old Bailey Feltmate aspires to be much more than that.

“I’ve always wanted to be some sort of medical professional, whether that’s a nurse or a doctor,” Feltmate shared.

With a Bachelor of Kinesiology and a Chemistry minor from Acadia University, Feltmate learned a lot about what he wants to do in the future.

“I loved it, I learned a lot about the human body,” Feltmate said. “I’d like to stay in the realm of the human body and how to fix it, so that’s why I chose medical school.”

He had a lot of inspiration from his family about going into the medical field. More specifically, his grandmother is a nurse and always pushed him to become a doctor.

“My grandmother is my role model, she told me I should pursue being a medical doctor,” he said. “In school, I got to do rounds with other medical doctors and follow different specialties so that exposed me to a lot.”

Feltmate also drew some inspiration from football. Growing up as an athlete, he became intrigued by working in sports medicine as well. His background knowledge of sports mixed with his aspirations to work in the medical field left him open to other ideas.

“I also did athletic therapy at Acadia too, so I’m open to it, but I’ve always wanted to be an orthopedic surgeon,” Feltmate shared. “Med school is when you get thrown around in different specialties and you might find something else that you like, so I guess we’ll see.”

Despite his aspirations to continue with medical school, Feltmate felt it was first the right time to pursue something else that he loved, which was football. He was open to other options, but after being drafted 17th overall to the Ticats in 2020 following his graduation from Acadia, he felt that football was the right path to take in the moment.

“I kind of just went with the flow on that one, I was letting life run its course,” he said. “Football happened, I got drafted, so I’m just letting it go for now and then I’ll figure the rest out later.”

With some obvious differences, the medical field and being a professional football player also come with some similarities. Pressure to perform, working with teammates, and building off of those teammates are some that stand out.

“No matter what, you have a team surrounding you, you have to be a leader and there’s other leaders around you that you have to respect and gain knowledge from,” Feltmate said. “I think they are extremely comparable; I’ll take a lot of life lessons from football and bring it into the medical field.”