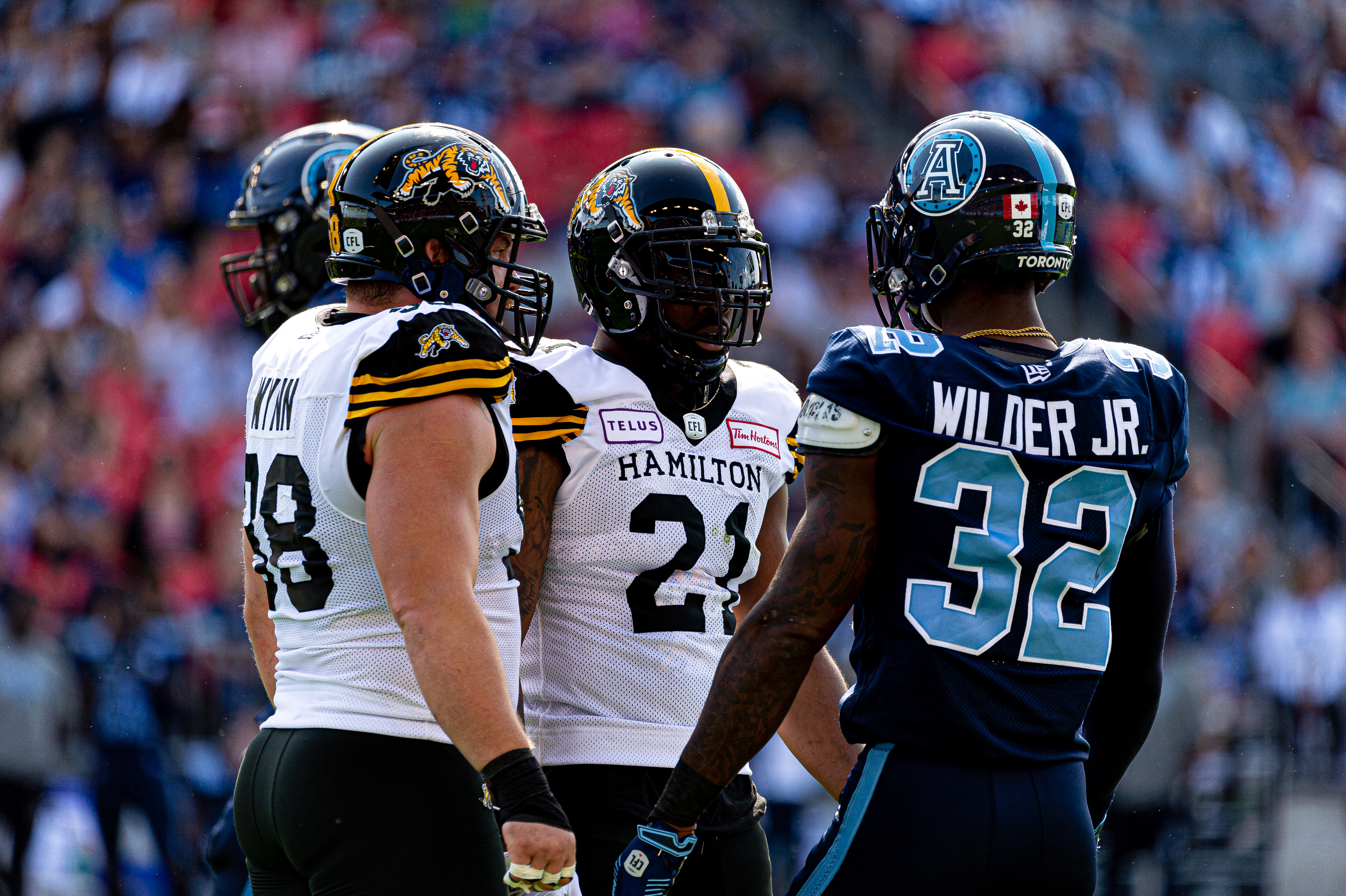 Fall is in the air, back to school is around the corner and we’re in the second half of the CFL season. The Labour Day Classic is here.

Ticats and Argos fans have this date circled on their calendar every year. The respective records don’t matter when the ball is kicked-off, all that matters is beating your rivals. As such it will be a loud sell-out crowd at Tim Hortons Field, Monday afternoon.

The Argos are fresh off an east coast trip that saw them fall just short to the Alouettes in Moncton. Montreal withstood McLeod Bethel-Thompson’s 464 passing yards to pick up the 28-22 victory.

Toronto has had a tough season. They’re currently in the basement of the East Division at 1-8 and their only win came in Week 8 against the first place Blue Bombers. The biggest reason for the Argos struggles this season are that they are last in both points per game and points allowed per game.

On the other side of the spectrum is the hometown Hamilton Tiger-Cats. I’m sure you already know that they’re first in the East Division. They’ve been dominant defensively and have given up the least amount of points in the CFL. The Ticats have been pretty good on offence too, scoring 298 points which is the second most in the league this season.

Hamilton is coming off of a 13-10 win in Vancouver. It wasn’t the prettiest of wins, but it’s hard to win games in this league so you have to take them when you get them. Jaelon Acklin was the team’s leading receiver catching seven balls for 91 yards. Defensively, the Ticats terrorized Mike Reilly and the BC offence. The black and gold registered seven sacks on the night, Dylan Wynn led the way with three, while Ja’Gared Davis picked up a pair and Julian Howsare and David Dean rounded things out with one each. If the Ticats can keep up this sort of pressure on Labour Day, they’ll be in good shape at Tim Hortons Field. 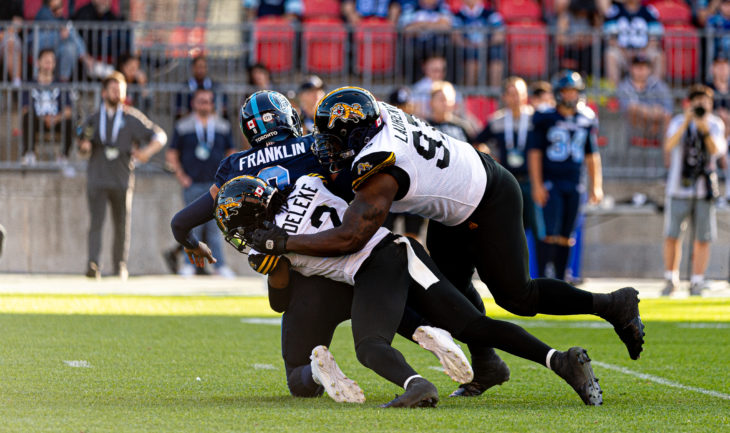 This will be the second meeting between the Ticats and Argos this season. They previously met in Week 2 back in June and well, it wasn’t close. Hamilton blew out the Argos 64-14. Brandon Banks racked up 105 receiving yards while Bralon Addison caught six passes for 107 yards and three touchdowns. Speedy B also added a 113 yard missed field goal return touchdown to his ledger. Defensively, the Ticats picked off both James Franklin and McLeod Bethel-Thompson once each. Simoni Lawrence grabbed the first one off of Franklin, while Rico Murray snagged a pick-six on the final play of the game to put solidify the blowout.

In terms of the last Labour Day meeting, the Ticats won 42-28 a year ago. They were again led by two outstanding performances from receivers. Brandon Banks put up big numbers, catching nine passes for 135 yards and two touchdowns. Luke Tasker led the way with 143 yards on eight catches and a touchdown. Defensively, Bethel-Thompson threw one interception, Mike Daly was on the other end of that one.

This is a big game for obvious reason but for not-so-obvious ones as well. Earlier this year we talked about the Ballard Cup and the history of the trophy. If the Ticats win on Labour Day, they will ensure that the Ballard Cup remains in the Hammer for another year. Should the Argos win, the fate of the Ballard cup will come down to the last day of the regular season.

Kick-off on Labour Day gets underway at 1 p.m. at Tim Hortons Field. If you weren’t lucky enough to get your hands on one of the now sold out tickets, you can watch the game live on TSN, with coverage beginning at 12:30 p.m.