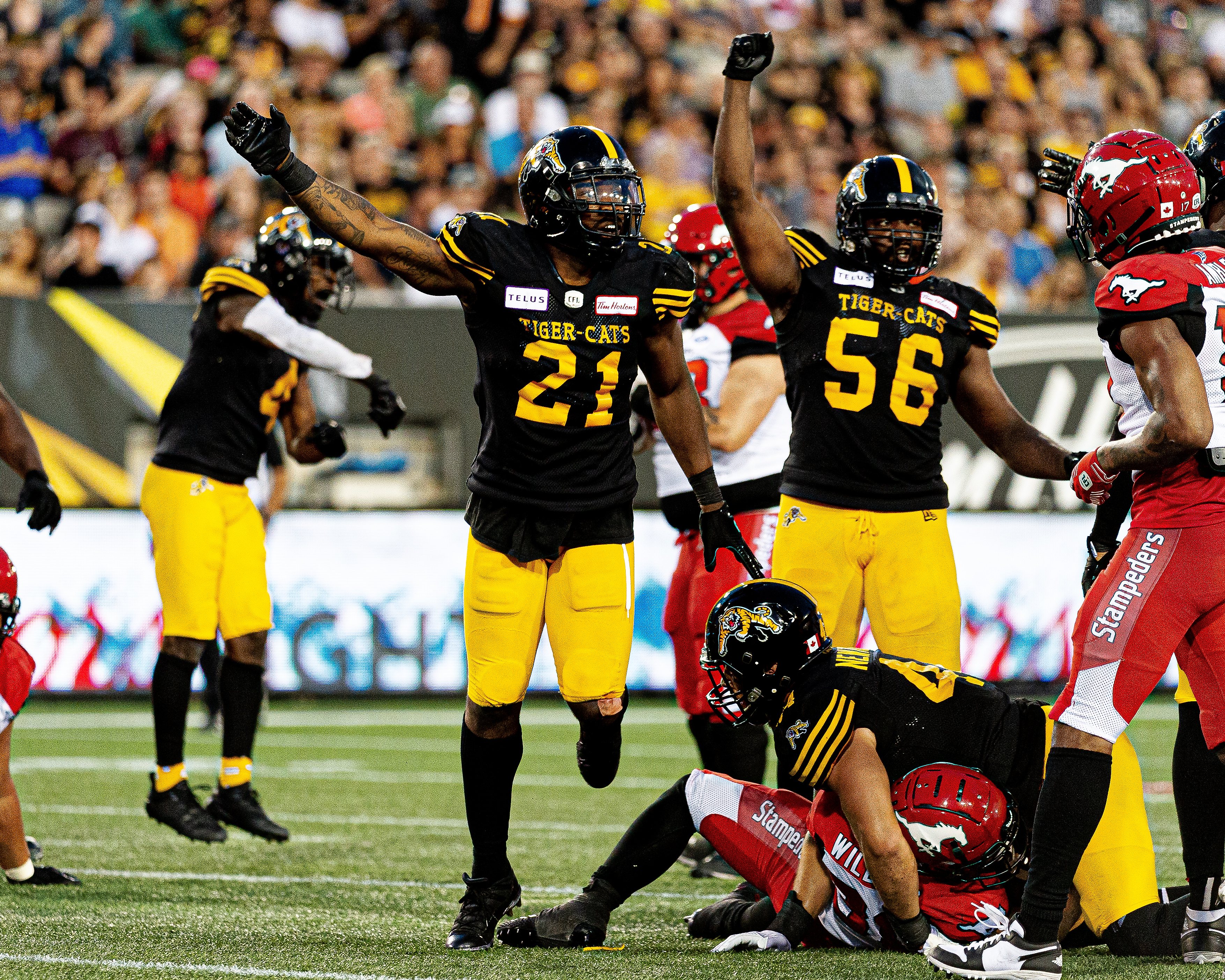 The Ticats are getting set to embark on a three game road trip, that’ll see them set up shop in Alberta for the next week. At 9-2, the Ticats are currently tied for first place in the CFL and sit firmly atop the East Division, six points clear of Montreal.

Hamilton is coming off a bye and will be hoping that some well-earned rest, coupled with the momentum from a big comeback win on Labour day will help secure another two points for the black and gold.

No one is riding a bigger wave than quarterback Dane Evans right now. He’s coming off the best game of his career, after completing 84% of his passes and throwing for 442 yards on Labour Day. No one, except for perhaps Bralon Addison who continued to add on to his career year in the Labour Day Classic, catching 11 balls for 167 yards and two touchdowns. 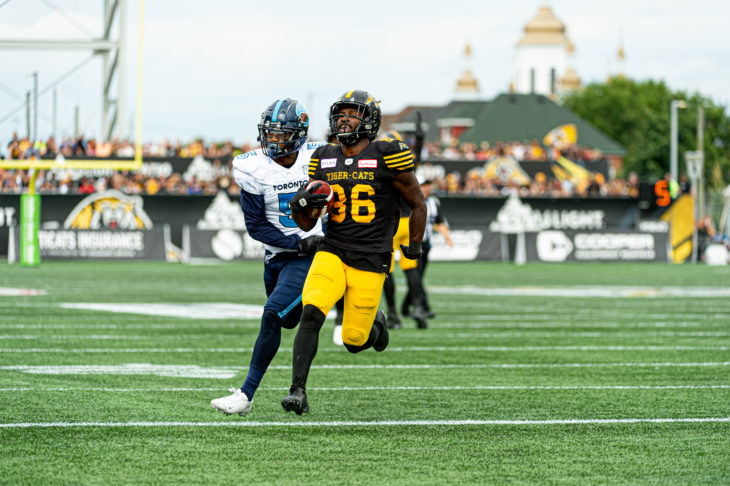 Addison has emerged as another versatile weapon in the Ticats’ offence. He currently sits eighth in the CFL in receiving yards and in a tie for third with five receiving touchdowns. We’ve also seen him line up in the backfield with success in limited opportunities. Addison has also lined up as a wildcat quarterback so he truly is a swiss army knife for offensive coordinator Tommy Condell and the rest of the coaching staff, giving them many different options to attack the Stamps defence.

This is the second meeting between the two teams, with the first coming back on July 13, at Tim Hortons Field. The Ticats took that meeting 30-23, however Nick Arbuckle got the start for the injured Bo Levi Mitchell. Arbuckle threw for 368 yards in the game but was held without a touchdown by the Tiger-Cats’ defence. Brandon Banks was the Ticats’ leading receiver, catching nine passes for 86 yards and two touchdowns. Ja’Gared Davis recorded a sack in his first matchup with his former team.

Davis and the Ticats will be getting after a different Stamps’ quarterback in this game. Saturday will be Bo Levi Mitchell’s third start since made his return to the lineup on Labour Day, starting both games against the rival Eskimos. In those two meetings the reigning and two time Most Outstanding Player battled a bit of rust, combining for 517 yards, three touchdowns and three interceptions over the two games. Ticats Head Coach Orlondo Steinauer was complimentary of the Stamps’ Quarterback leading into the game, noting how he’s a champion, but also says the Ticats can’t focus too much of their gameplan to stopping one guy.

The Tiger-Cats will be staying out west for the week, in preparation for next week’s meeting with the Edmonton Eskimos. As for Saturdays match in Calgary, it gets underway at 4 p.m. on TSN.