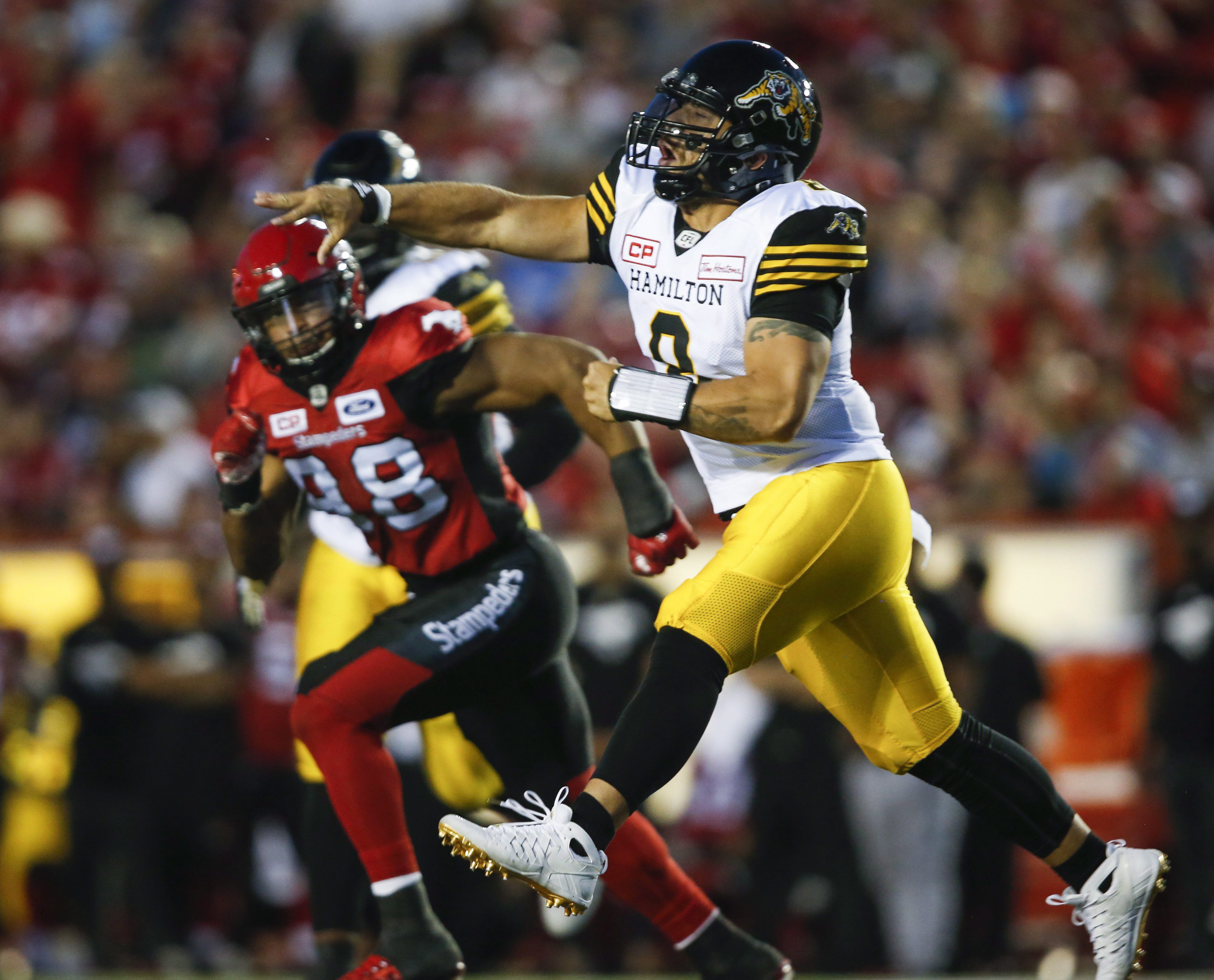 The 3-1 Ticats host the 2-1 Stampeders Saturday night at Tim Hortons Field. Hamilton is looking for their first win over Calgary since 2011.

CFL fans would have circled this game as a potential matchup of elite quarterbacks. However, Calgary quarterback Bo Levi Mitchell finds himself on the six-game injured list with a shoulder injury.

Mitchell’s replacement, Nick Arbuckle, will be making his second career start after starting last week against Saskatchewan. He completed 86% of his passes, for 262 yards and two touchdowns.

Arbuckle will have to contend with one of the best pass rushes in the CFL. The Ticats lead the league with 14 sacks. Former Stampeder Ja’Gared Davis leads the team with three, while Simoni Lawrence, Dylan Wynn and Ted Laurent all have two. 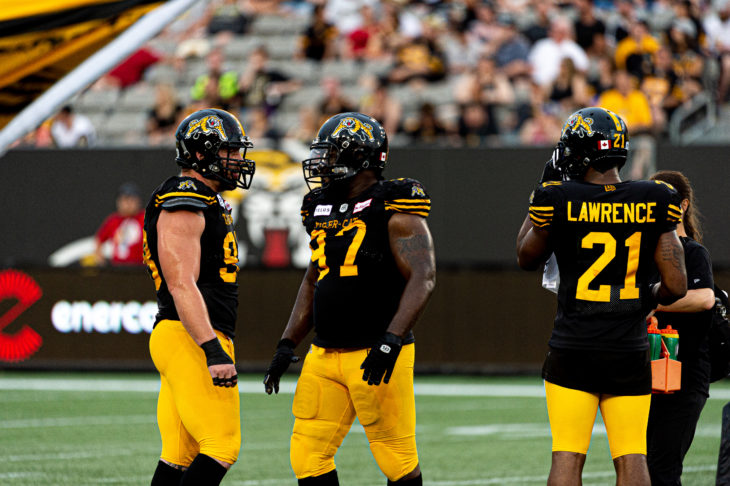 On the offensive side of the ball, the Tiger-Cats will be without their starting running back for the foreseeable future. Sean Thomas Erlington underwent knee surgery, and while he hasn’t been ruled out for the entire season, he has been placed on the six-game injured list and will miss significant time.

The next man up is expected to be a split between Maleek Irons and Anthony Coombs. Coombs is perhaps the most like Thomas Erlington. A dual threat back, he is a threat in both the running and passing game.

Irons was selected by the Ticats in the third round, 22nd overall, back in May’s CFL draft. He is more of a power back than Coombs and brings a bit of a different element to the backfield.

On the first game of the season, the Stamps won 28-14. Jeremiah Masoli was impressive in that game, throwing for 344 yards on 69.4% passing. In the second meeting, the Ticats fell 43-28. Luke Tasker was the leading receiver for Hamilton, catching six passes for 60 yards. 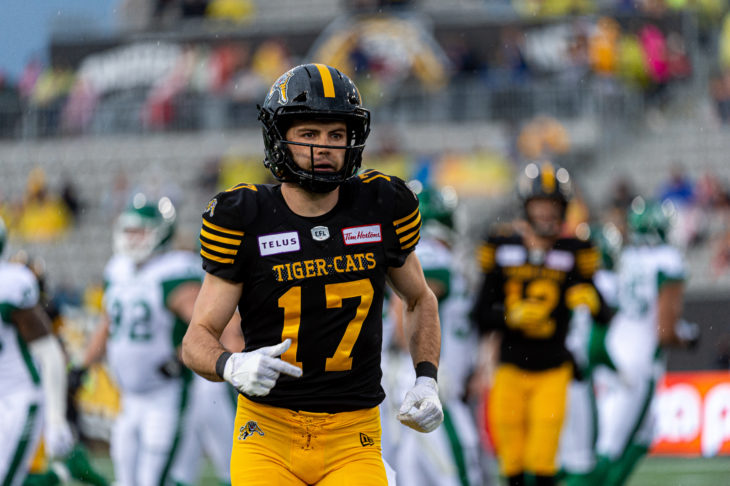 At some point before the game, Tunde Adeleke and Ja’Gared Davis will be receiving their Grey Cup rings from the Stamps. Davis says he plans to give the ring to either his mother or father.

After this matchup ,the Ticats and Stamps won’t meet again until Sept. 14, in Calgary. The Ticats also have the bye week to look forward to after the game, and it would feel a lot better to be 4-1 on the break, than it would to be 3-2.

Kick off gets underway at 7 p.m. EDT at Tim Hortons Field.