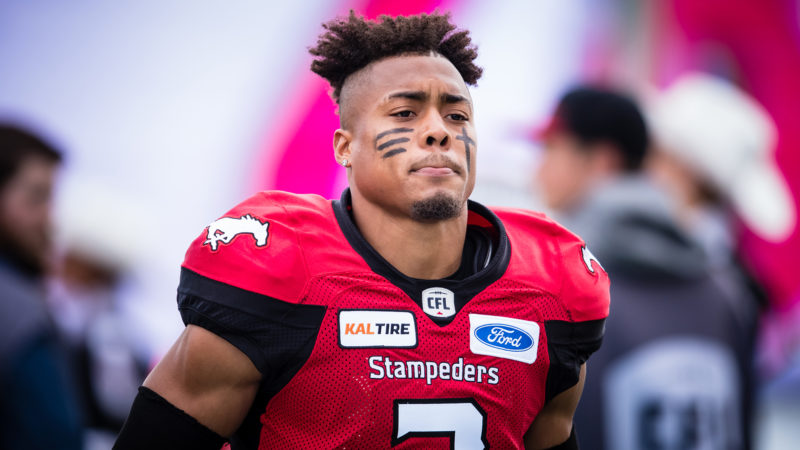 It’s been a hectic couple of days across the league, especially for the Hamilton Tiger-Cats who’ve been one of the busiest teams in free agency.

When I spoke with Sr. Director of Player Personnel and Co-Manager of Football ops Shawn Burke Tuesday he mentioned how he thought everything went according to plan for the Ticats.

“We think things went well. We planned far ahead, our personnel staff does a great job. Led by Drew (Allemang), Spencer (Zimmerman) and myself and then Coach O and the coordinators get involved and give their input so we all work together.” Burke said in a quick break away from the war room. “Communication is key when coming up with a plan and we executed it by trying to get as many of our own guys as possible.”

The Ticats took care of business ahead of time signing players like Mike Filer, Tunde Adeleke, Rico Murray, Ted Laurent, Frankie Williams Ja’Gared Davis and Dylan Wynn before Tuesday’s 12 noon opening, but that didn’t stop them from going out and adding key pieces to a team that finished with a franchise best record and a trip to the Grey Cup.

Aside from the re-signed players, let’s take a closer look at some of the new, and not so new, players signed by the Ticats so far:

LB Larry Dean
Dean doesn’t need much of an introduction for Ticats fans having played here for three seasons from 2016-to-2018. The product of Valdosta State University had the best season of his career with the Ticats in 2018, finishing with 105 defensive tackles, the fourth most in a single season by a Ticats, while adding two interceptions and a touchdown. Dean is also one of the most durable players in the CFL having never missed a game in his four-year CFL career. A divisional all-star in three of the four seasons he has played, Dean adds to an already dangerous Ticats linebacking crew that helped Hamilton’s defence post a league best 19.1 points against per game last season.

WR DeVier Posey
With Bralon Addison signing with the NFL’s Minnesota Vikings, the Ticats have filled the void by adding veteran receiver DeVier Posey to the mix. The 29-year-old Redwood City, California native has played in 36 games across four seasons in Toronto, BC and Montreal. He had his best season in 2017 as a member of the Toronto Argonauts, appearing in 12 games. That season, he recorded 52 catches for 744 yards and seven touchdowns, and registered seven catches for 175 yards and two touchdowns in the 105th Grey Cup, en route to being named the game’s Most Valuable Player. Posey had a great season last year hampered by a stint on the six-game injured list with a calf injury, and still managed to finish with a career high 780 yards. One of the most dynamic receivers in the league, Posey will sure be a welcome addition for Ticats quarterbacks.

DB Patrick Levels
While he may not be a household name quite yet, people I’ve talked to in Montreal said not to sleep on this under-the-wire pick-up on defence. The 25-year-old Dallas, Texas native had a breakout season with the Alouettes last year, posting career highs in tackles (86), and sacks (5) while starting all 18 games and being named an East Division All-Star. Just this week, 3DownNation’s Justin Dunk wrote that CFL personnel have “unanimously viewed” him as one of the best strong side linebackers in the CFL today. Hamilton is hoping the former Baylor Bear able to take his game to the next lev… well you get the point.

DB Courtney Stephen
Like Dean, Courtney Stephen is a player who needs no introduction to Hamilton Tiger-Cats fans. A fan-favourite on the field and off, the 30 year-old appeared in 96 games over his first six seasons in the league with the Tiger-Cats. Stephen has played all over the field, but in recent years has become a special teams specialist recording a career-best 17 special teams tackles in 2018 in the Black & Gold before signing with the Stampeders last season. The Brantford native also became a staple in the Hamilton community in his time here, supporting Interval House’s “Be More than a Bystander” campaign and organizing local football camps.

RB Don Jackson
The Tiger-Cats have big hopes for speedy running back Don Jackson heading into 2020. The 26-year-old has spent the last two seasons with the Calgary Stampeders and battled injuries in 2019 appearing in just seven games. Jackson was dangerous in his limited action finishing with 246 yards on the ground and a pair of touchdowns, while adding 21 catches for 132 yards including a very impressive 121 yards after the catch. Shawn Burke told me they believe the potential is there for Jackson to have a break out season saying, “He just wanted to be a Tiger-Cat and wanted an opportunity. A driven football player is usually a pretty good one.”

DB Qudarius Ford
Qudarius Ford is certainly not the first – and won’t be the last – player to have traded in their Argonaut double blue for Black & Gold and move down the QEW. Ford started 16 of the 17 games he appeared in with the Argonauts last season, finishing tied for third on the team in defensive tackles with 56, while adding two interceptions, three forced fumbles and a defensive touchdown on a fumble recovery. The native of Pensacola, Florida will bring added depth to what potentially could be the most feared defence in the CFL.

LB Justin Herdman-Reed
Justin Herdman-Reed joins Ford on the trip down the QEW after spending the last three seasons with the Toronto Argonauts. The 25-year-old native of Winnipeg had his season cut short after just 11 games last year when he suffered a shoulder injury in Week 13. In limited action, he still managed to finish the year with 37 defensive tackles and two sacks. Herdman-Reed will provide the Ticats with excellent depth at the linebacker position and could end up playing an important role because of his Canadian birth certificate.

While there are likely still some moves to be made before training camp, the Ticats front office has given fans plenty of reasons for optimism heading into the 2020 season. 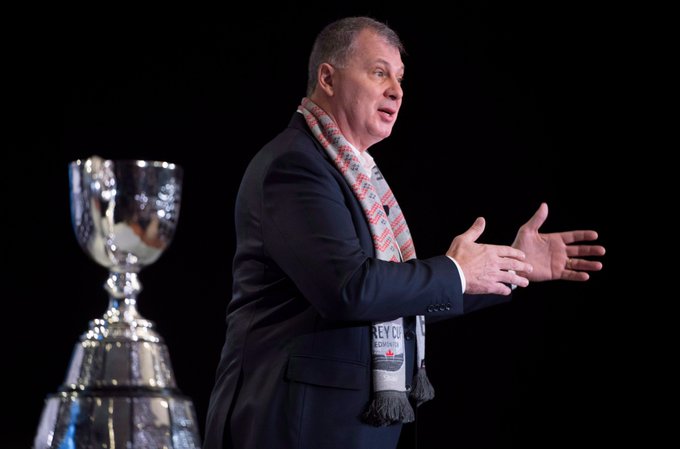 News
AMBROSIE ISSUES STATEMENT ON BEHALF OF CFL
4 hours ago 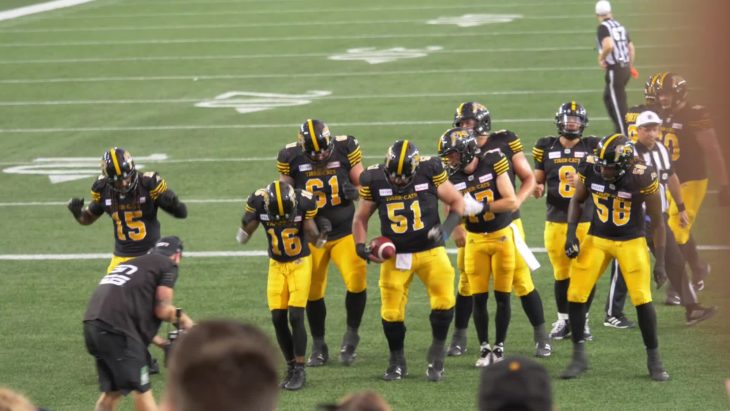 News
Ticats do the Toosie Slide
1 day ago 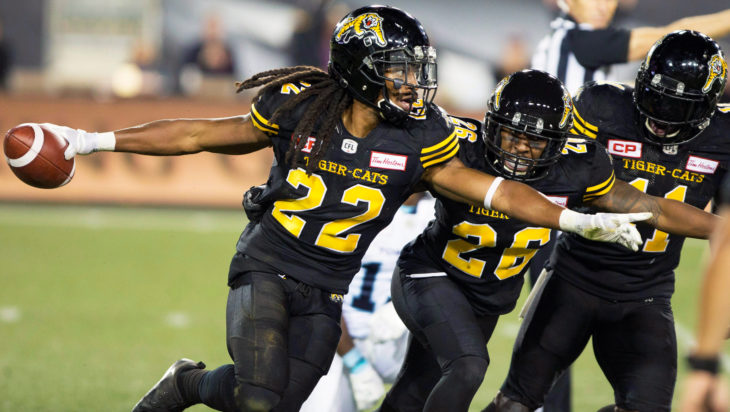 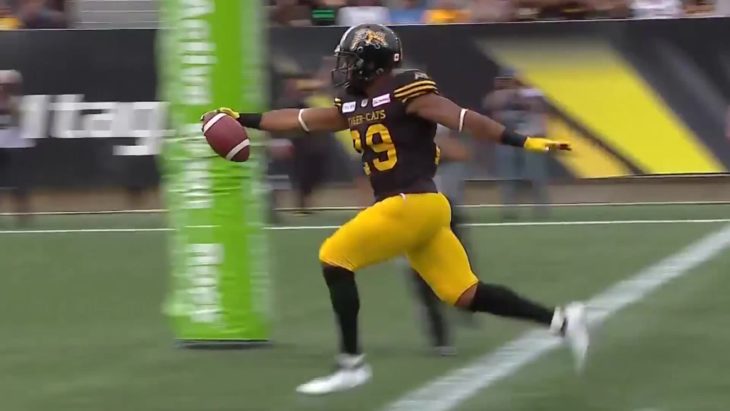 News
Ask Me Anything: Jeff Reinebold
4 days ago