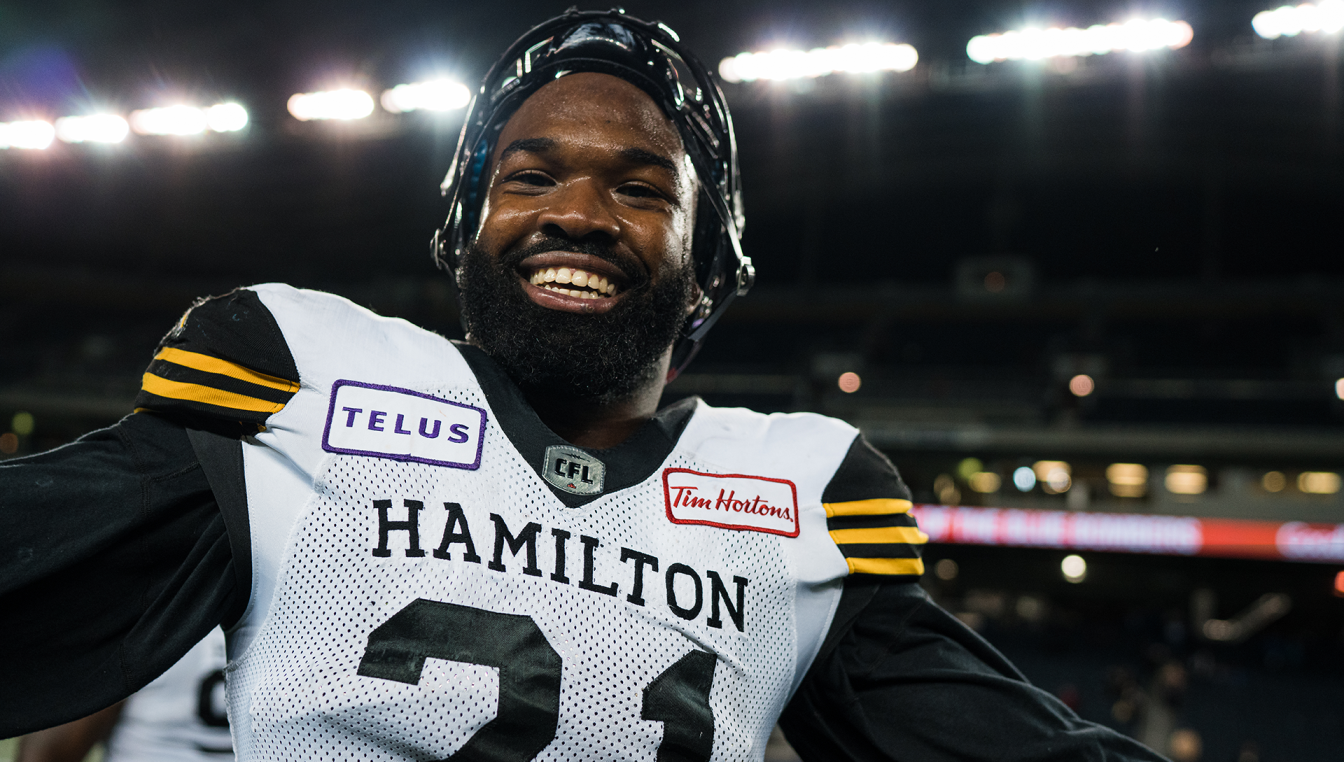 Evans, 25, completed 25-of-32 passing attempts (78.1%) for 359 yards, tied a career-high with three passing touchdowns, and added three carries for 16 yards in Hamilton’s win over Winnipeg. The 6-1, 218-pound native of Sanger, Texas is currently sixth in the CFL in both passing yards (2,646) and passing touchdowns (14) despite starting just eight games this season. He has led Hamilton to a 6-2-0 record in those eight games and the Tiger-Cats currently sit atop the CFL standings at 11-3-0.

Saskatchewan’s Cody Fajardo, second in voting, joins Lawrence (1st) and Evans (3rd) as this week’s CFL Top Performers. The three players were chosen by a panel of judges who independently send their selections to the CFL head office. The panel includes former Canadian Football League players Matt Dunigan and Duane Forde of TSN and Pierre Vercheval of RDS.