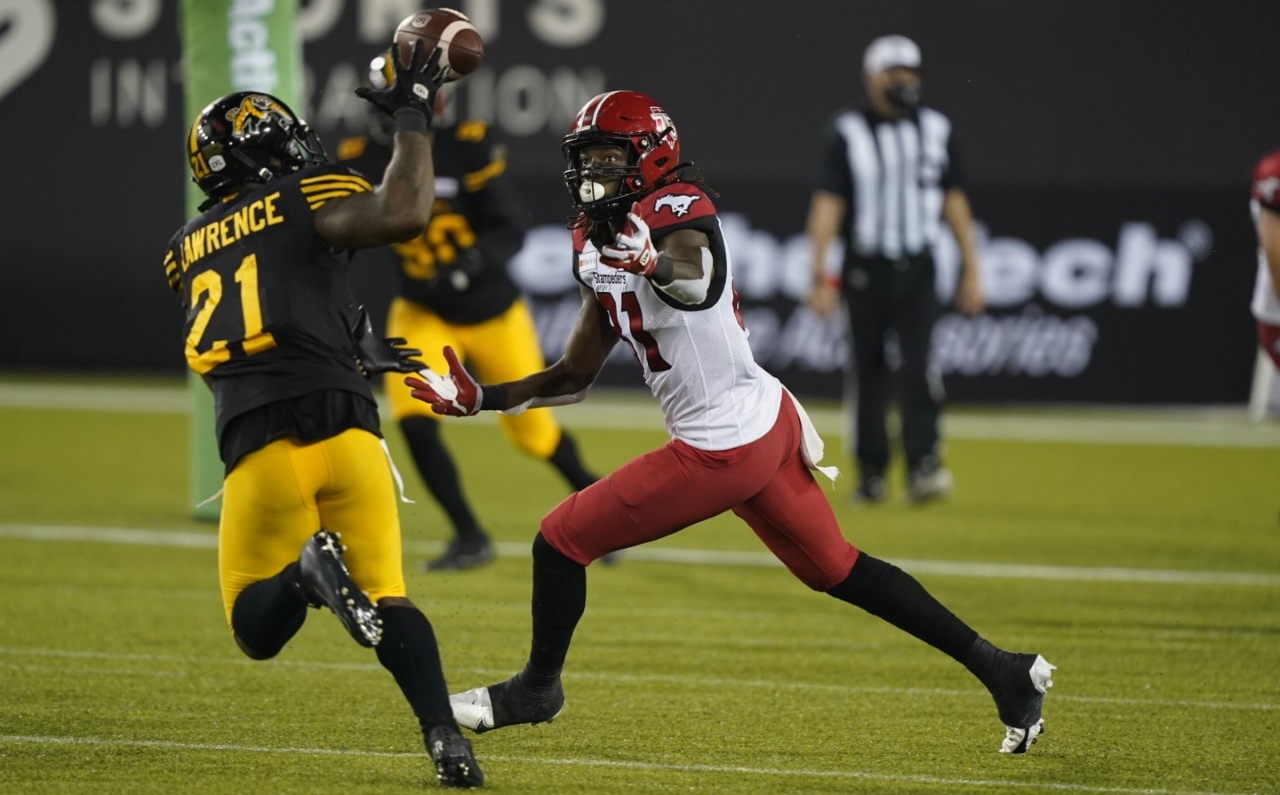 Lawrence, 32, led the Tiger-Cats with eight defensive tackles, posted one pass knockdown and added an interception that he returned for 15 yards and a touchdown in Hamilton’s 23-17 home win over the Calgary Stampeders on Friday night. The 6-1, 231-pound native of Upper Darby, Pennsylvania scored the lone touchdown of the game for the Tiger-Cats on a pivotal play in the third quarter that gave Hamilton a lead it wouldn’t relinquish the rest of the game.

Lawrence is currently ranked among CFL leaders in numerous statistical categories through Week 7, including first in touchdowns by a defensive player (2), tied for third in interceptions (2) and tied for fourth in defensive tackles (37).

Montreal’s DeAundre Alford and BC’s Michael Reilly, first and third in voting respectively, join Lawrence (2nd) as this week’s CFL Top Performers. The three players were chosen by a panel of judges who independently send their selections to the CFL head office. The panel includes former Canadian Football League players Matt Dunigan and Duane Forde of TSN and Pierre Vercheval of RDS. 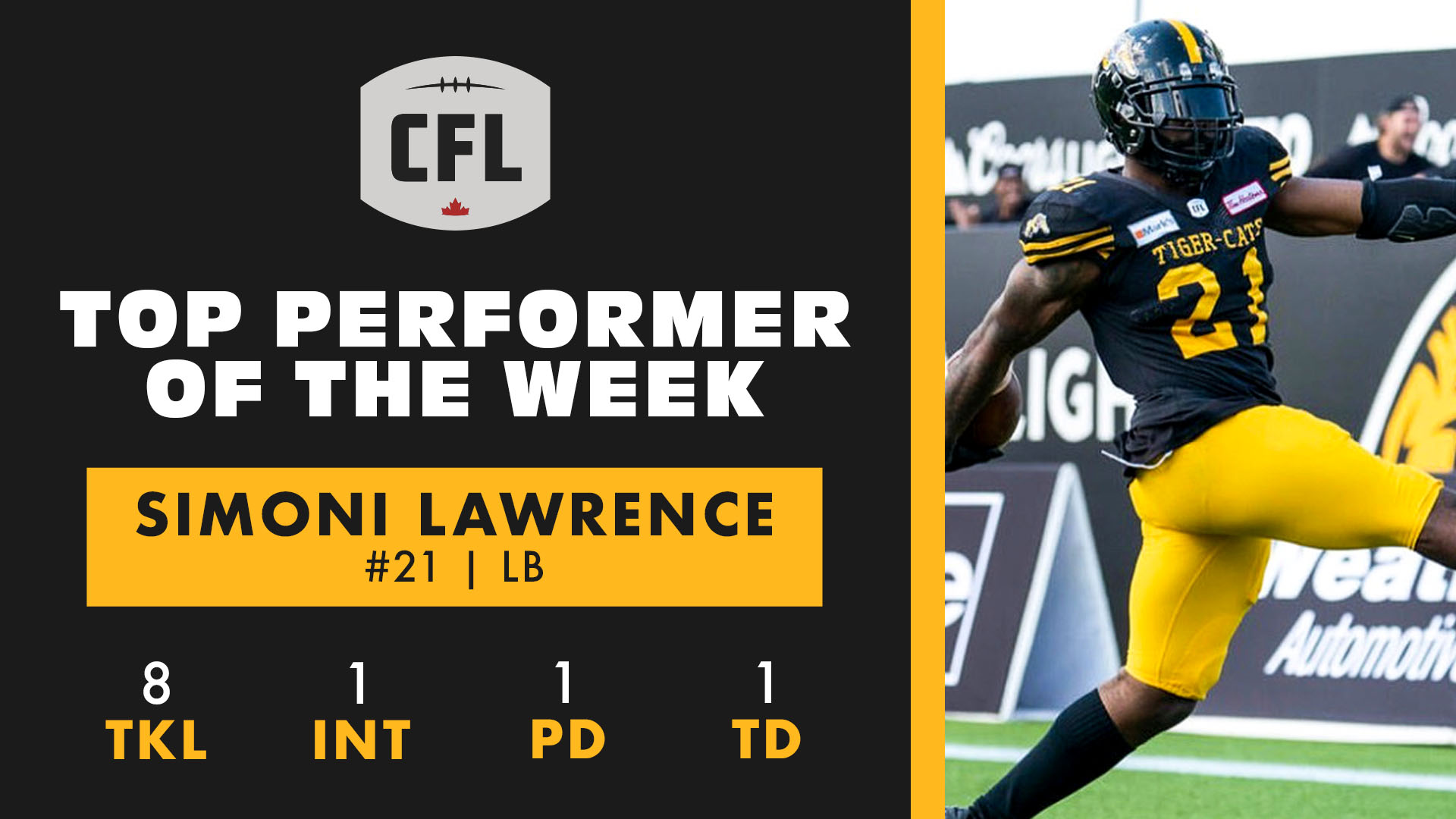