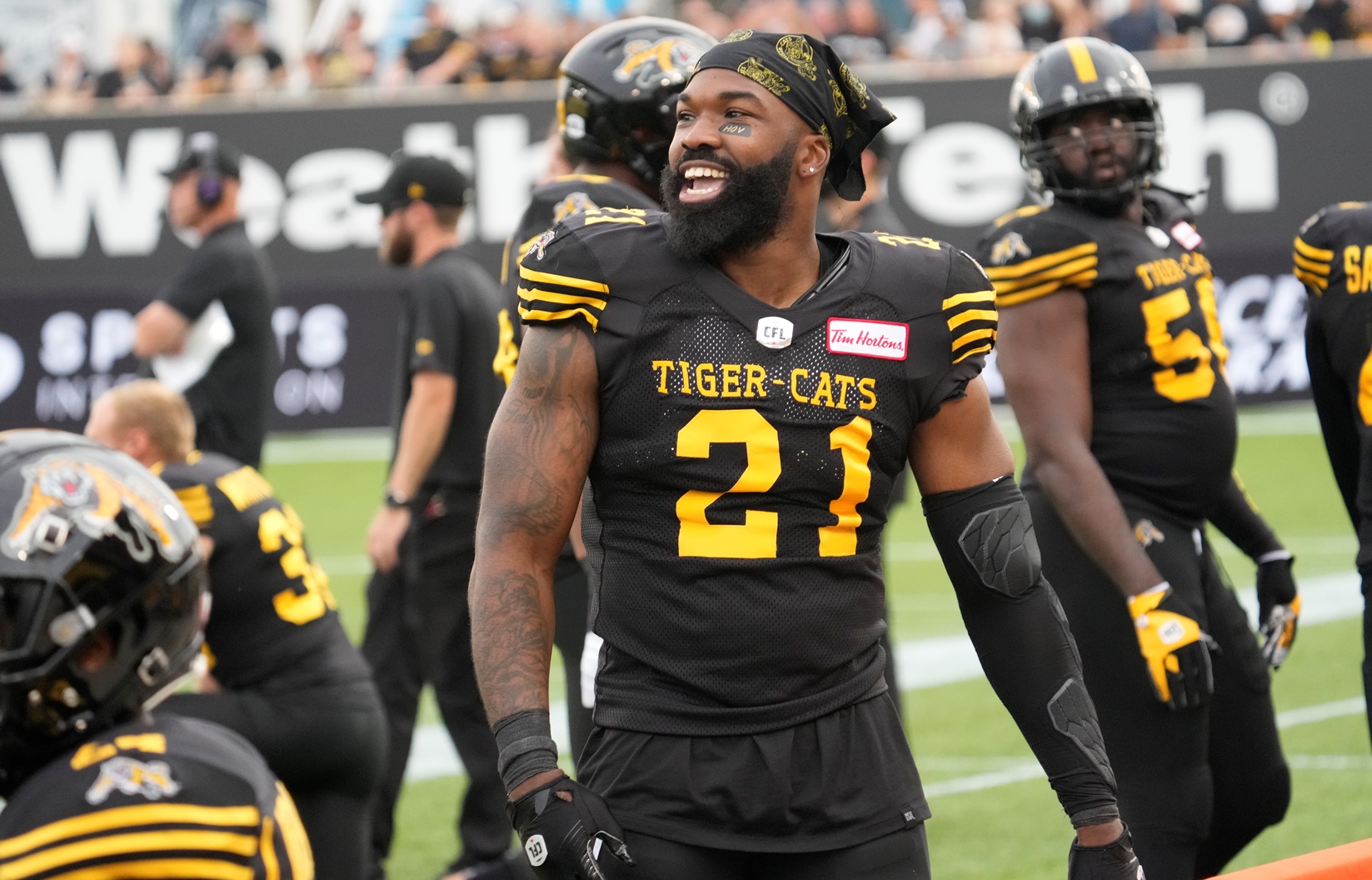 Lawrence, 32, was named the East Division’s Most Outstanding Defensive Player for the third time in his career. The 6-1, 231-pound native of Upper Darby, Pennsylvania was also previously a finalist for the CFL award in both 2015 and 2019.

In 2021, Lawrence started all 14 games at linebacker for the Tiger-Cats, leading the CFL in interception return touchdowns (tie-2), and ranking fifth in defensive tackles (73) and sixth in interceptions (tie-3). He was also seventh in the league in defensive plays made (tie-85), was second among all linebackers in quarterback sacks (4) and added three pass knock downs to his 2021 totals.

Lawrence earned his fifth-career East Division All-Star selection (2014, 15, 16, 19, 21) and was named Hamilton’s Most Outstanding Player for the first time in his career this season. He was also named a CFL Top Performer for Week 7 and a CFL Top Performer of the Month in September.

The University of Minnesota product now holds the Tiger-Cats’ franchise record in career total tackles with 609. In the final game of the 2021 season, Lawrence surpassed previous record-holder, Rob Hitchcock, who finished with 606 total tackles in his career as a Ticat. In addition, Lawrence currently sits 17th in league history with 617 career defensive tackles. 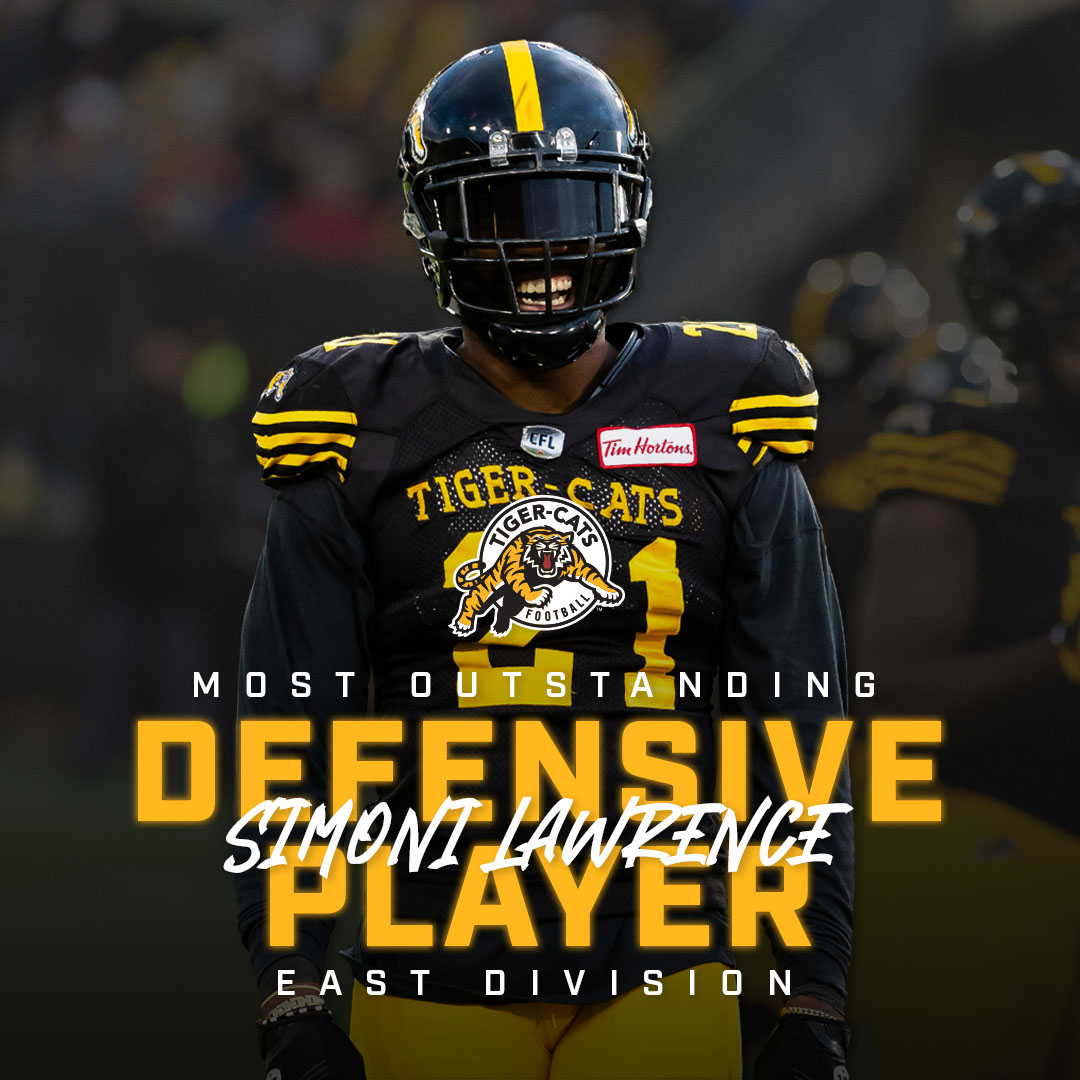 Revenberg, 28, was named the East Division’s Most Outstanding Offensive Lineman for the second time in his career, previously earning the honour in 2018. The 6-4, 301-pound native of Essex, Ontario started all 14 games at left guard for the Tiger-Cats in 2021 and earned his third consecutive divisional all-star appointment. Through five CFL seasons, the durable offensive lineman has yet to miss a game due to injury (regular season or playoffs) and was also the Tiger-Cats’ Most Outstanding Canadian nominee in 2019. 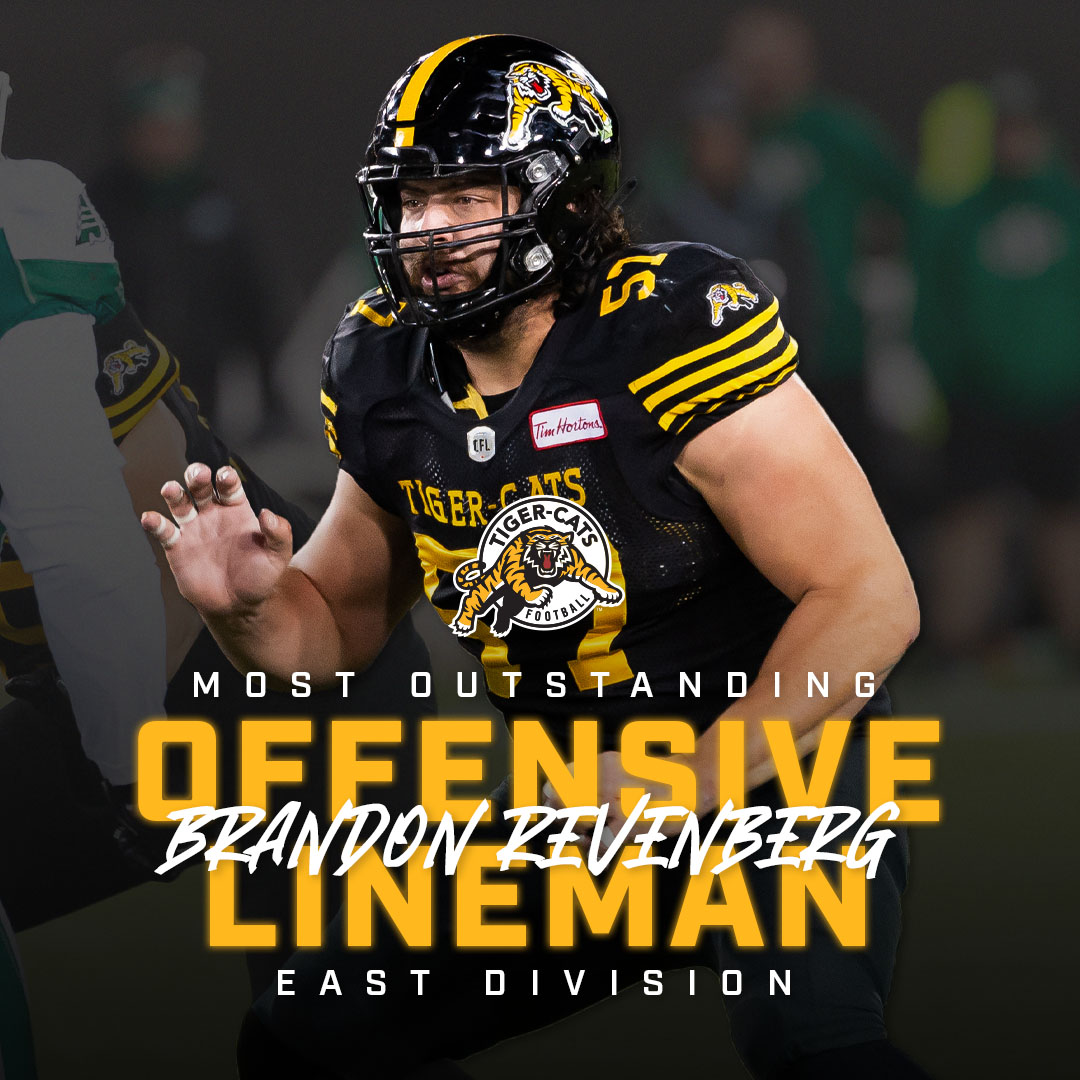 The 2021 CFL Awards will take place on Friday, December 10 at the Hamilton Convention Centre. Beginning at 6 p.m. ET, the evening is one of the highlights of this year’s Grey Cup Week. For the first time since its inception, the CFL Awards will be free and open to the public. Additional details and registration information can be found at greycupfestival.ca.

The 108th Grey Cup will be played at Hamilton’s Tim Hortons Field on Sunday, December 12, featuring Arkells in the Twisted Tea Grey Cup Halftime Show. A limited number of tickets are still available at ticketmaster.ca/greycup. Members of the media must apply for credentials through the 108th Grey Cup media accreditation portal by the Monday, November 29 at 5 p.m. ET deadline.