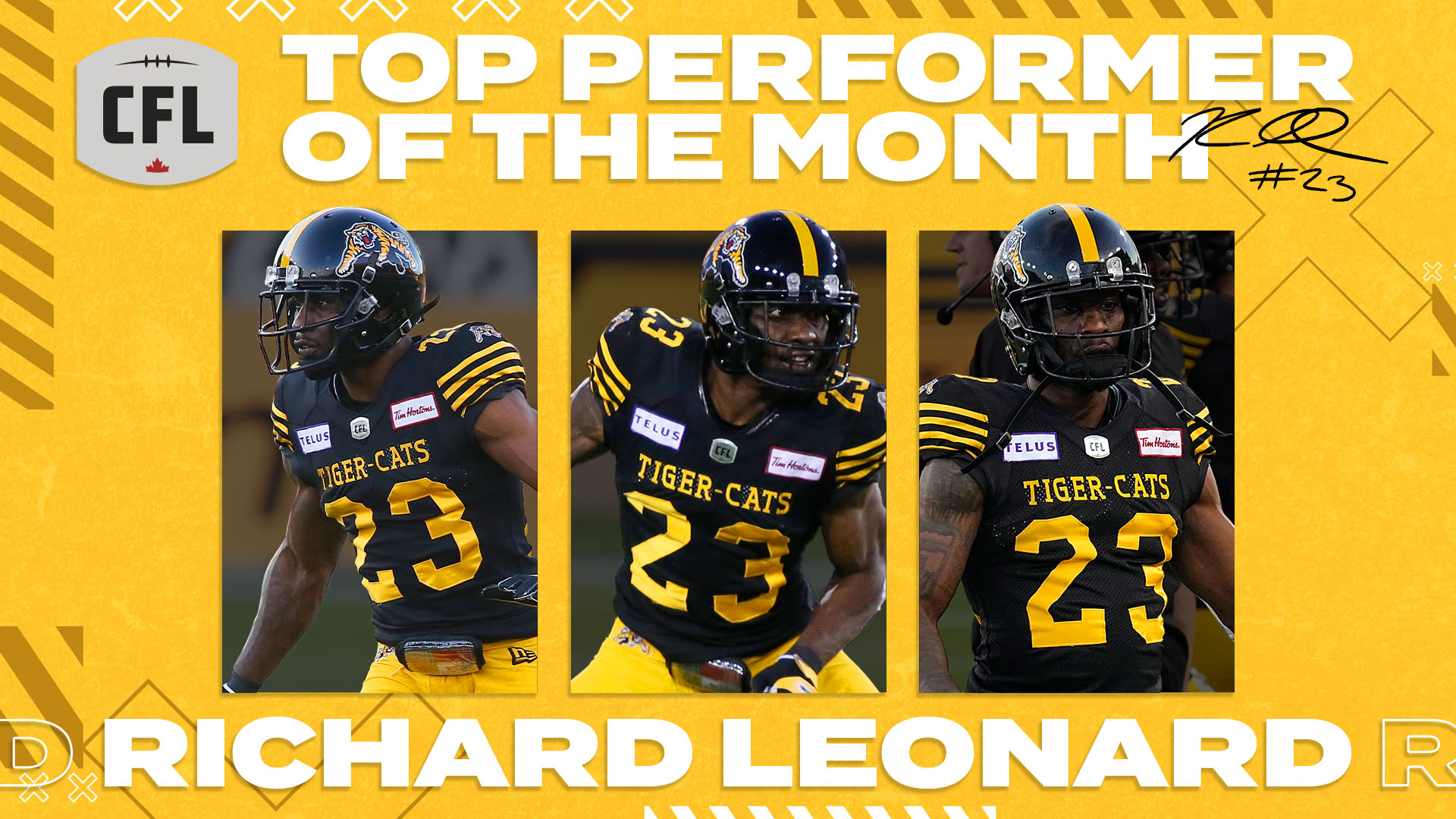 The Canadian Football League announced Wednesday that Hamilton Tiger-Cats defensive back Richard Leonard has been named one of the league’s Top Performers of the Month for October.

Leonard, 31, helped guide the Tiger-Cats to a perfect (4-0) month of October, registering 19 total tackles, including 18 defensive tackles, one pass knockdown, three interceptions and one interception return touchdown. The 5’9, 168-pound native of Miami, Florida was named the CFL’s Top Performer for Week 19, matching a career high with nine total tackles while posting two interceptions, including a 64-yard pick-six in Hamilton’s 35-32 win over the Calgary Stampeders on October 14.

Winnipeg’s Dalton Schoen and Montreal’s Trevor Harris, first and second in voting respectively, round out this month’s Top Performers. The three players were chosen by a panel of judges made up of Matt Dunigan and Marshall Ferguson of TSN, and Pierre Vercheval of RDS, who independently send their selections to the CFL league office.