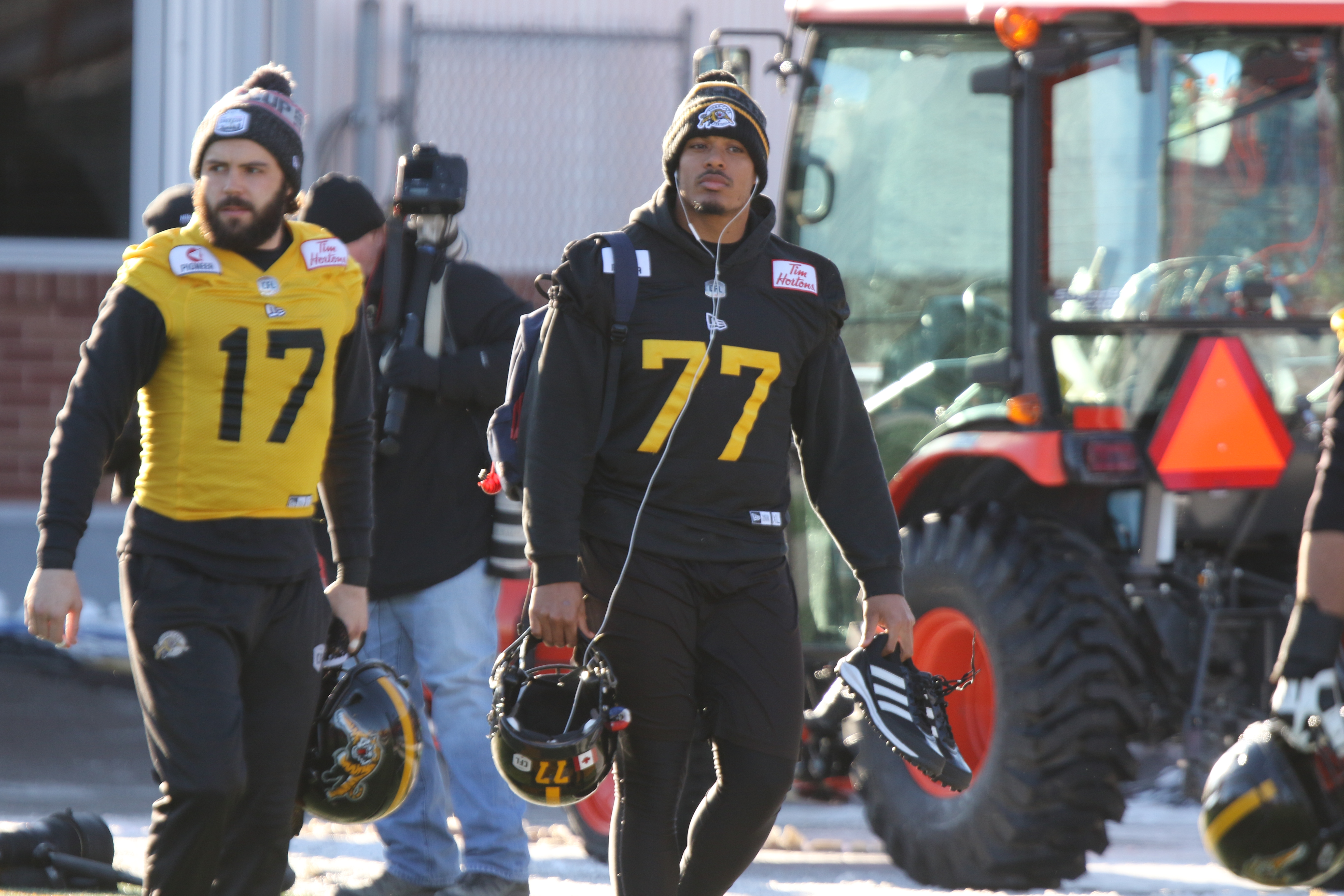 CALGARY — Sunday’s game between the Hamilton Tiger-Cats and Winnipeg Blue Bombers will not just be for the 107th Grey Cup presented by Shaw, but the game also signifies a big moment for the CFL 2.0 initiative.

The top two players selected in the inaugural CFL European Draft — Hamilton’s Valentin Gnahoua and Winnipeg’s Thiadric Hansen — will go head-to-head for a chance at glory.

Gnahoua was taken first overall by the Ticats back in April. The 25-year-old native of Le Mans, France previously played for the Berlin Rebels of the GFL during the 2017 and 2018 campaigns. After being picked to come to the CFL Combine, he was quickly snatched up by Hamilton. He currently is utilized in a special teams role, but the defensive lineman has been studying up all season to grow going forward.

“I think that there’s some definite growing pains, maybe some frustration early,” Ticats head coach Orlondo Steinauer said at the Coaches Press Conference on Wednesday. “But I’ll tell you what. You talk about a smile on the face, working hard, notebook always open, pen upright, sitting next to Ted Laurent, gathering information, making sure that the language barrier wasn’t too… too strong,”

So far on the season, Gnahoua has compiled one defensive tackle, four special teams tackle and a forced fumble while appearing in 11 contests for the Ticats.

On the opposing sideline, the No. 2 pick, Hansen, will play a role in the Bombers’ quest to stop the Tabbies’ high-powered offence. Hansen, 26, has been able to learn behind the various veterans that the Bombers boast on the defensive line — namely 2019 Most Outstanding Defensive Player Willie Jefferson.

“The one thing I can say about Thiadric — or one of the many things — is his thirst for knowledge and his application of that knowledge, instant application,” Bombers head coach Mike O’Shea said of Hansen. “So he would ask – he’s – he came to me one time and said I’m having trouble with this drill. I gave him 30 seconds of my time on how he could get better at the drill. Post practice, he’s doing the drill. The next morning pre-practice he’s doing the drill. The next week, when he – when he has an opportunity in that drill, he kills it.

“…He’s another guy that’s fit right in from a very early point and knows the game.” 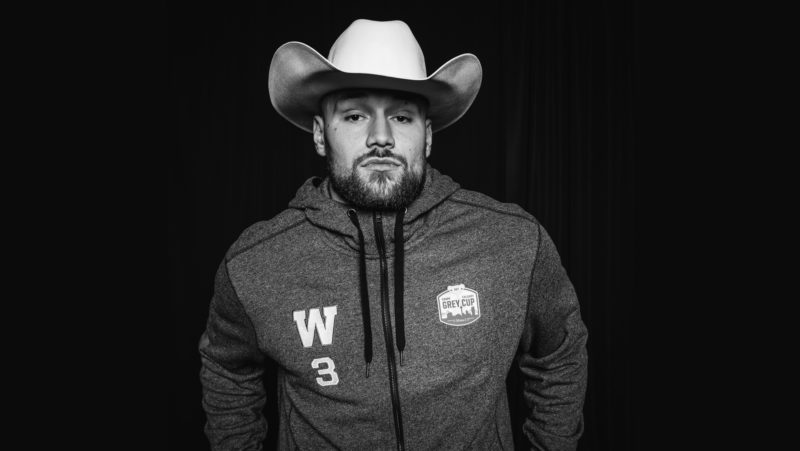 The Flensburg, Germany native has appeared in all 18 games this season for Winnipeg, getting five tackles, a sack and a pair of forced fumbles. When the Bombers went up against the Riders a week ago, the defence managed to stuff MOP nominee Cody Fajardo and co. in the red zone on three separate occasions in the fourth quarter. One stop included the defensive lineman getting into the backfield and dropping Fajardo on a QB sneak on the goal line to force a turnover on downs.

“Watch one of the goal line stands we have, where he stood up to centre and came off and made the tackle at the one-yard line, stopped the ball from going in from about an inch,” O’Shea said. “Now he’s got help from his teammates and everything like that, but he shows tremendous power and – understanding – and finish.”

Both Gnahoua and Hansen are prime examples of the talent that exists overseas. Now that they’ve made the jump to North America, they each look posied to become solid contributors to their respective clubs in the future. When they take the field at McMahon Stadium on Sunday, the world’s eyes will be on them — literally. 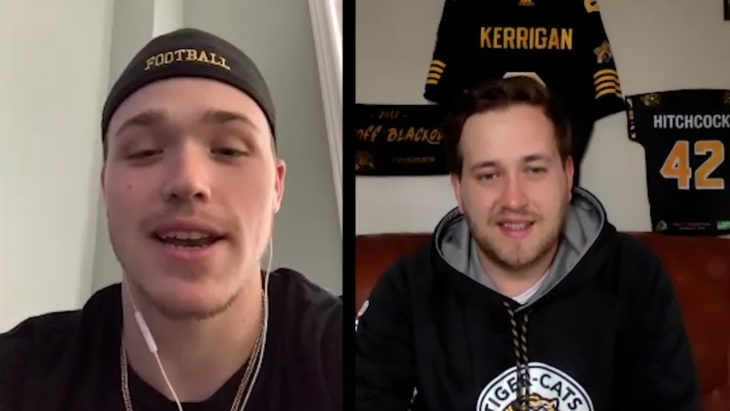