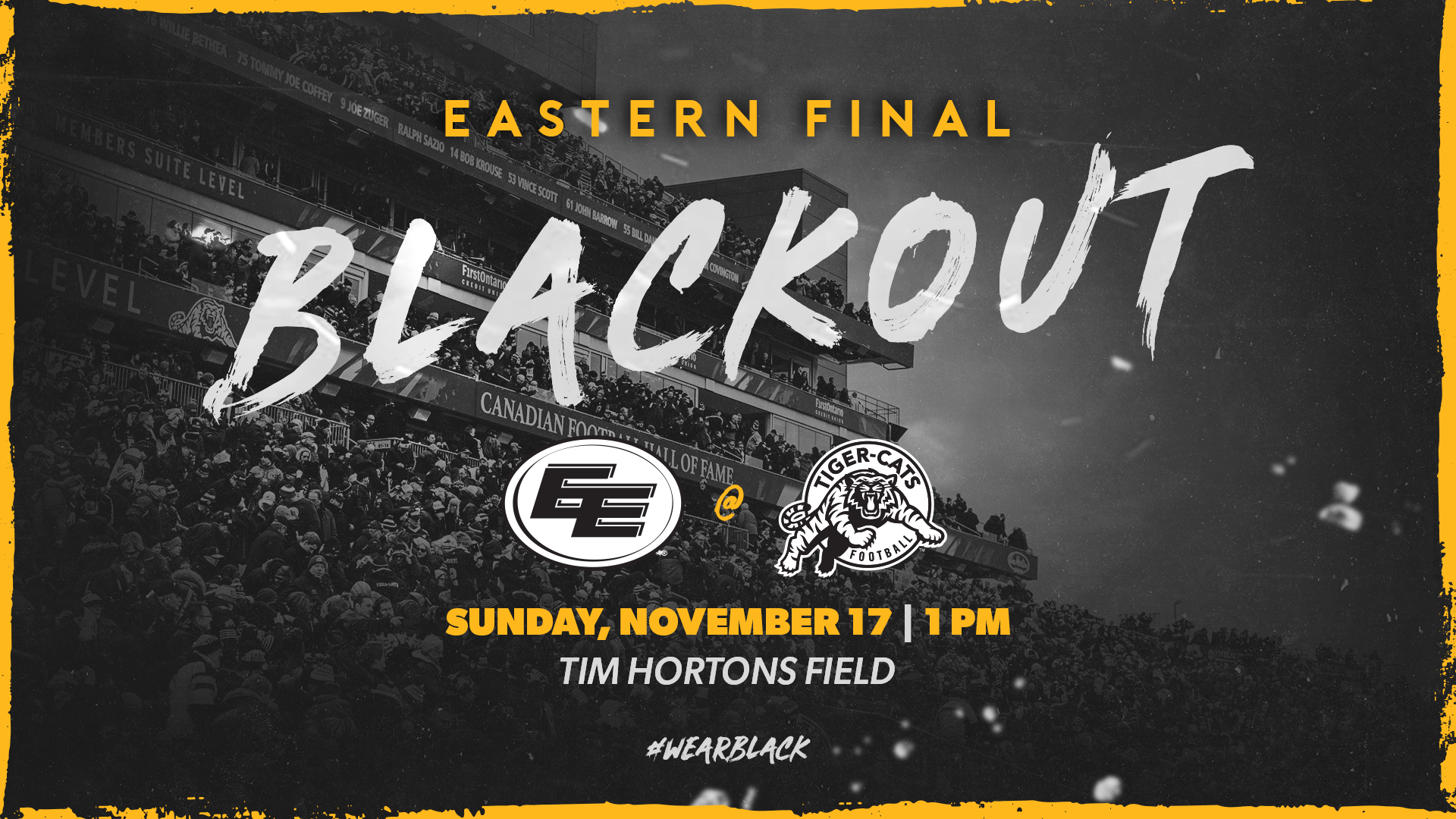 All fans in attendance are encouraged to wear black on Sunday, November 17 at 1 p.m.

The Hamilton Tiger-Cats announced Sunday the club will be reintroducing the popular fan ‘blackout’ at Tim Hortons Field for the Eastern Final on Sunday, November 17 at 1 p.m. vs. the Edmonton Eskimos. Ticats fans are encouraged to arrive to the game early wearing black from head-to-toe to support the players who will be wearing black jerseys and black pants to add to the fan experience and home field advantage.

The Club will also be providing 24,000 playoff rally towels that will be handed out at the gates to every fan in attendance at the game. The fan blackout and rally towels are two pieces of an enhanced playoff game day production that Ticats fans will have the pleasure of experiencing live.

“Tiger-Cats playoff games are a must-attend event in Hamilton. Creating an elevated fan experience for a game of this magnitude is something we place a lot of emphasis on,” said Matt Afinec, Tiger-Cats President and Chief Operating Officer. “The fan blackout rallying cry is one of the several things we have planned for the fans to build an incredible atmosphere and home field advantage for our players.”