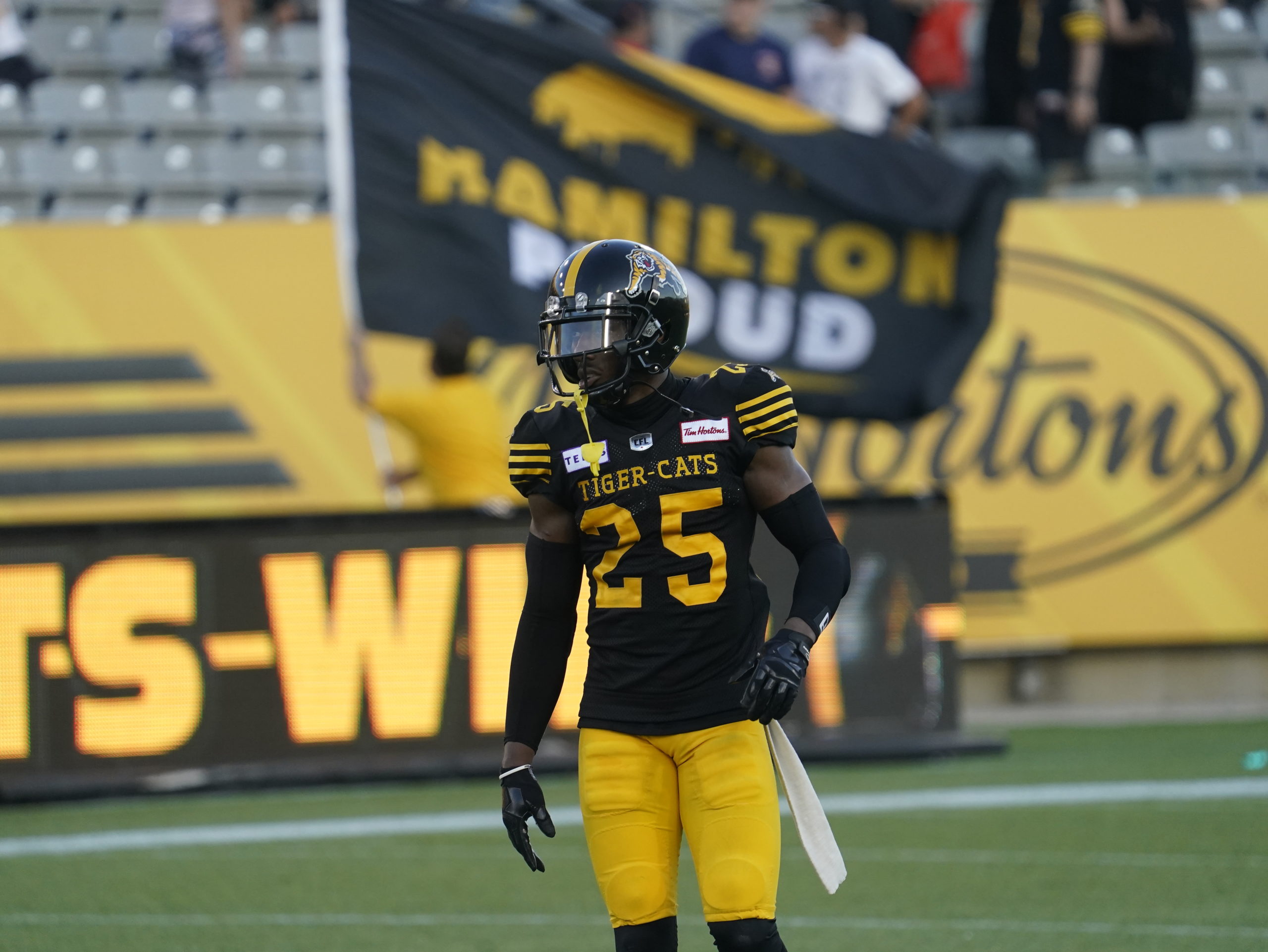 VANCOUVER — The Hamilton Tiger-Cats will be looking for their second consecutive win as they make the trip west to Vancouver to take on the BC Lions on Thursday night.

A late touchdown drive led by Dane Evans and missed Ottawa field goal attempt on the final play helped Hamilton edge a 25-23 win over the Ottawa REDBLACKS in Week 6, giving the team their first win of the season.

The Lions had a bye week in Week 6, their second of the year. The last time BC took the field they suffered a 43-22 loss to the Winnipeg Blue Bombers in Week 5. It was the team’s first loss of the season and their lowest point total. Up until their Week 5 loss the Lions had averaged 46 points per game.

Evans completed 75 per cent of his passes for 342 yards and two touchdowns in the win over the REDBLACKS. The Ticats quarterback had eight interceptions through four games to start the year, but that wasn’t the case against Ottawa as it was the first game Evans did not throw an interception.

The Ticats’ pivot will look to build on the performance as he prepares for a Lions defence that has six interceptions and has sacked opposing quarterbacks 11 times.

Hamilton receiver Tim White continued to be a source of reliability for Evans as he caught six passes for 70 yards and a touchdown, but it was rookie receiver Anthony Johnson who turned heads as he made his CFL debut.

Johnson brought in two passes for 66 yards and his first touchdown, a welcome surprise for a talented receiving corps that already features the likes of White, Bralon Addison and Steven Dunbar Jr. However, Johnson is listed as out against the Lions, leaving the bulk of the receiving load to the Ticats three top wideouts.

The Ticats rushing game has averaged a league low 64.6 yards per game. However, interestingly enough, the Ticats rotation of Evans and Matthew Schiltz has been relatively productive, Evans leads the team with 75 rushing yards, followed by Shiltz with 62 yards, while running back Sean Thomas-Erlington has 55 this year.

Don Jackson, who has played just two games this season, is listed as a game time decision on the team’s depth chart. Against Ottawa Jackson carried the ball a team-high 11 times for 34 yards.

Hamilton will need to be creative when attacking the Lions defence in Week 7. BC has allowed 324 rush yards on the ground, the third lowest in the league.

On the defensive side of the ball in Hamilton, the Tabbies have surrendered 28.2 points per game and will be challenged with a BC offence that has shown the ability to score points at a rapid pace.

Defensive lineman Julian Howsare added to his sack total with two more against the REDBLACKS, as a team Hamilton has nine on the season.

When it comes to defending the pass, Hamilton has recorded five interceptions, defensive back Kelly Kameron leads the team with two takeaways, including one in the team’s Week 6 win.

Defensive backs Tunde Adeleke, Alden Darby and Richard Leonard all have an interception and will look to make life difficult for the talented Lions receiving group. They’ll be in tough as they face a team that leads the league with 345.5 passing yards a game.

Darby is relishing the opportunity to face a tough Lions offence, even with it being a short week for his team.

“I hold myself to a very high standard,” Darby told Ticats.ca. “I believe in my skill set and the work I put in on and off the field. We need to play smart and we need to go out there and execute the game plan. We’re professionals and we want to go out there and make plays. We can highlight the short week but once the ball is kicked off none of that matters.”

The Leos are looking to rebound from their loss to the Blue Bombers and will be led into action by quarterback Nathan Rourke, who has been one of the best in the CFL through six weeks of play.

Rourke threw for 278 yards and three touchdowns against the Bombers, but he also tossed a pair of interceptions which ended in Winnipeg touchdowns. He’ll need to limit those mistakes against a Ticats defence that has an impressive group of playmakers in their secondary.

It was receiver Dominique Rhymes who dominated against Winnipeg. He caught six passes for 136 yards and two touchdowns.

Rhymes, who has 371 receiving yards on the year, won’t be the only wideout Hamilton’s defence will need to key in on. Keon Hatcher has 302 receiving yards and Lucky Whitehead has 252. Jevon Cottoy is also an offensive weapon at Rourke’s disposal, having caught 17 passes and a touchdown in 4 games.

Fullback David Mackie has done an admirable job when given the ball, rushing for 90 yards and a touchdown. Both Butler and Mackie will provide another avenue for offence against the Ticats.

If that’s not enough, receiver Shai Ross returned six kickoffs for 109 yards and returned four punts for 67 yards against Winnipeg.

Ross knows he had a good performance in Week 5 but reiterates it’s all about the team heading into Thursday’s matchup.

“It comes down to controlling what we can control,” Ross told BCLions.com. “We’re always going to focus on what we can do as a team. As long as were executing as a team, all 12 men, the results will take care of themselves.”

On the defensive side of the ball, the Lions have held their opponents to a league low 916 passing yards. Defensive playmakers T.J. Lee, Garry Peters, Quincy Mauger and Louchiez Purifoy will be tasked with locking down the Hamilton passing attack. The four have combined for all six of the Lions’ interceptions forced this season.

When it comes to making opposing quarterbacks uncomfortable in the pocket, defensive linemen Tim Bonner and David Menard have multiple sacks. The Ticats offensive line will have their hands full trying to give Evans enough time to get the ball into the hands of his receivers.

A win for Hamilton would go a long way in their attempt to turn their season and build on their Week 6 win. The Lions are hoping to prove that their loss to the Blue Bombers was just a blip on the radar.

Kickoff at BC Place is set for 10:oop.m. ET and the game can be seen on TSN and can be followed along on CFL.ca’s Game Tracker.