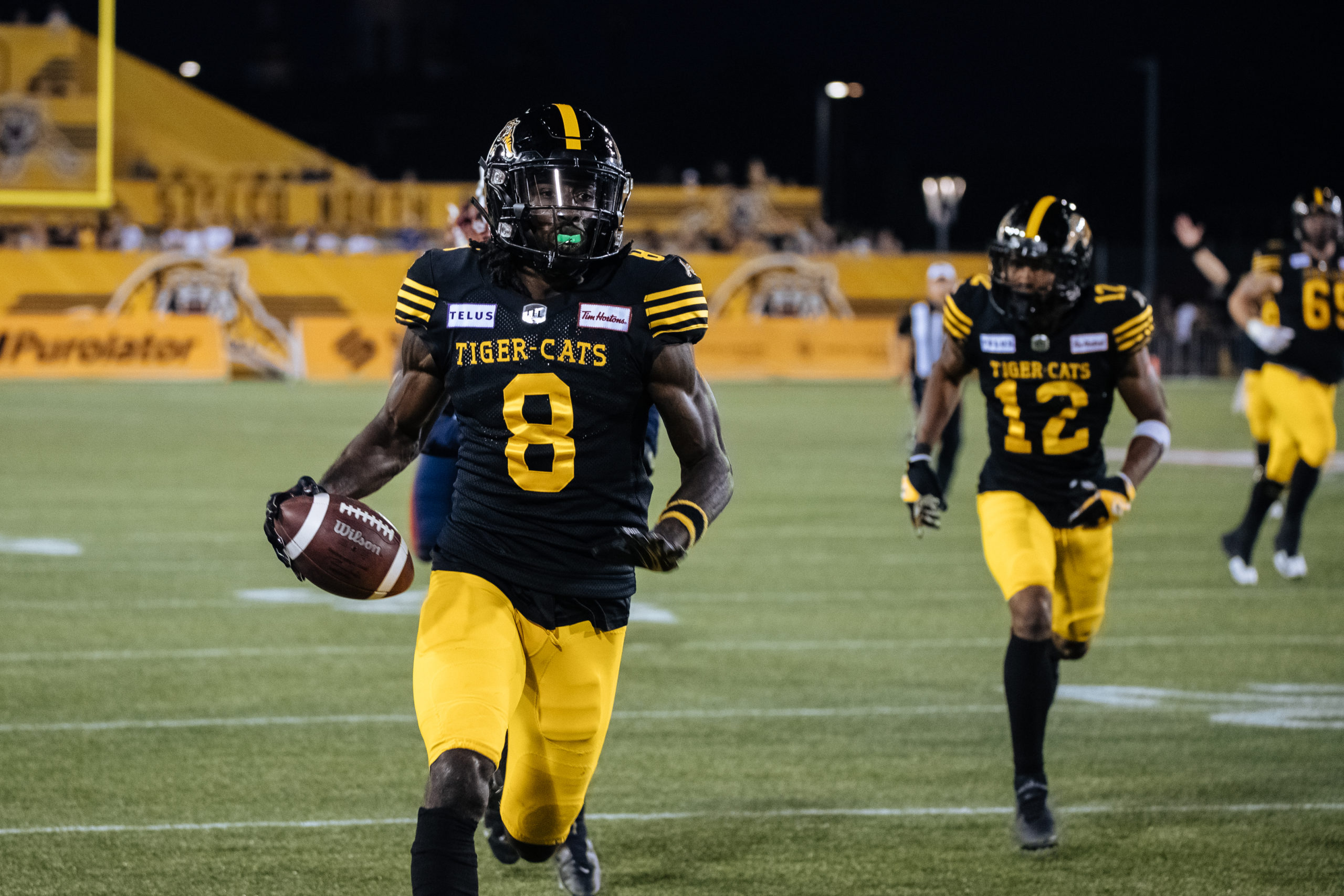 News
PREVIEW: TICATS, ARGOS CLASH IN FIRST OF FOUR MEETINGS
August 5, 2022
TORONTO — The Hamilton Tiger-Cats will make the short trip down the QEW to take on the Toronto Argonauts on Saturday night. It will mark the first time since last year’s Eastern Final that the two bitter rivals will faceoff in regular season action.

Lead by the efforts of Dane Evans and a late game interception from the Hamilton defence, the Ticats edged the Montreal Alouettes 24-17 in Week 8.

Despite another sizeable stat-line from Toronto quarterback, McLeod Bethel-Thompson, the team suffered a 23-13 defeat at the hands of the Ottawa REDBLACKS at BMO Field on Sunday.

The race in the East Division is tight, with three teams within two points of each other. Adding to the intrigue, Saturday marks the first of four games between Hamilton and Toronto in the next five weeks.

With such a unique schedule coming up, Ticats head coach Orlando Steinauer is placing emphasis on taking it one day at a time.

“The most important thing is this week,” Steinauer told Ticats.ca. “It’s not even strategy, you just have to feel your team out. This will be the first time I’ve ever played the same team four times in five weeks. We’re just trying to knock out number one first.”

Both Hamilton quarterbacks played a significant role in the win over Montreal. Evans threw for 206 yards and a touchdown, while Matt Shiltz completed seven passes for 44 yards and also rushed for another 42 yards.

It appears Evans’ turnover issues from earlier in the season are behind him as he’s thrown just one interception in the Ticats last three games. It’s an important stat to keep an eye on given Toronto only has six interceptions on the season, and with Evans’ passing ability it could make for a wide open game.

Steven Dunbar caught five passes for 102 yards and a touchdown to lead the charge against the Als. While fellow receiver Bralon Addison caught all five of his targets for 39 yards.  Finding Dunbar and Addison will be a key to the team’s success against the Argos.

Newly signed receiver Mike Jones will make his Tabbies debut. He’s caught eight passes for 100 yards this season as a member of the Edmonton Elks.

Defensive back Carriel Brooks returned to the Hamilton lineup last week and will provide an added boost to the Ticats secondary, Brooks had five interceptions in 12 games during the 2021 season.

Defensive linemen Julian Howsare and Micah Johnson both had two sacks against the Als a week ago and will be called on to forced pressure on Bethel-Thompson in the pocket on Saturday.

Steinauer knows the team will lean on it’s veteran players as they prepare for the coming stretch of games against the Argos.

“I think the best teacher is experience,” he told ticats.ca. “Emotions are going to be a part of it, that’s the fun part about football. The game will always come down to execution. We always expect the effort to be high and you do rely on your leaders.”

The Argonauts are eager to put their loss to Ottawa behind them, and doing getting the first win in the coming four-round bout could prove to be pivotal for the Boatmen.

Bethel-Thompson threw for 340 yards against the REDBLACKS but found the end zone only once, on a deep pass to star receiver Brandon Banks. Markeith Ambles and Kurleigh Gittens Jr. combined for 168 yards on 11 receptions in the game. Gittens, currently leads the Argonauts with 31 receptions and 440 receiving yards this season.

Aside from their top players, young Candian receiver Tommy Nield stepped up in the game against Ottawa, catching three passes for 50 yards. The dynamic receiver group could prove challenging for the Ticats defence.

After breaking through the 10,000 rushing yard mark against Saskatchewan, running back Andrew Harris was held to 17 yards on nine carries versus Ottawa. A bounce back effort from veteran rusher will be needed if the Argos hope to change their fortunes.

With Evans limiting his interceptions recently, the play of defensive backs Royce Metchie, Tarvarus McFadden and Shaquille Richardson in the Argos secondary becomes even more critical.

Hoping to help out the secondary will be offensive linemen Shane Ray and Shawn Oakman. Ray had two sacks against Ottawa and Oakman managed to get through the line for one. Hamilton has allowed 19 sacks through seven games. Less time in the pocket should give the Argos backs a better chance to contain the talented Ticats receivers.

As has been the theme among Argos players so far this season, Ray believes his team still hasn’t shown their best. It’s something they’ll try to do on Saturday night.

“I don’t think we’ve played our best brand of football all year,” Ray told Argonauts.ca.  “We need to do some soul searching within the team and stop beating ourselves. I think our defence is one of the best in the league, our offensive is starting to pick up and figure out who they are. We just have to put all these little things together and finish. If we can do that we can be a pretty good team.”

A Ticats win would tie them atop the East Division with the Argos. Toronto is looking to maintain their grip on the top spot in the division and further distance themselves from the rest of the pack.

Kickoff is scheduled for 7:00 p.m. ET from BMO Field and the game can be seen on TSN, ESPN2 and followed along on CFL.ca’s Game Tracker.