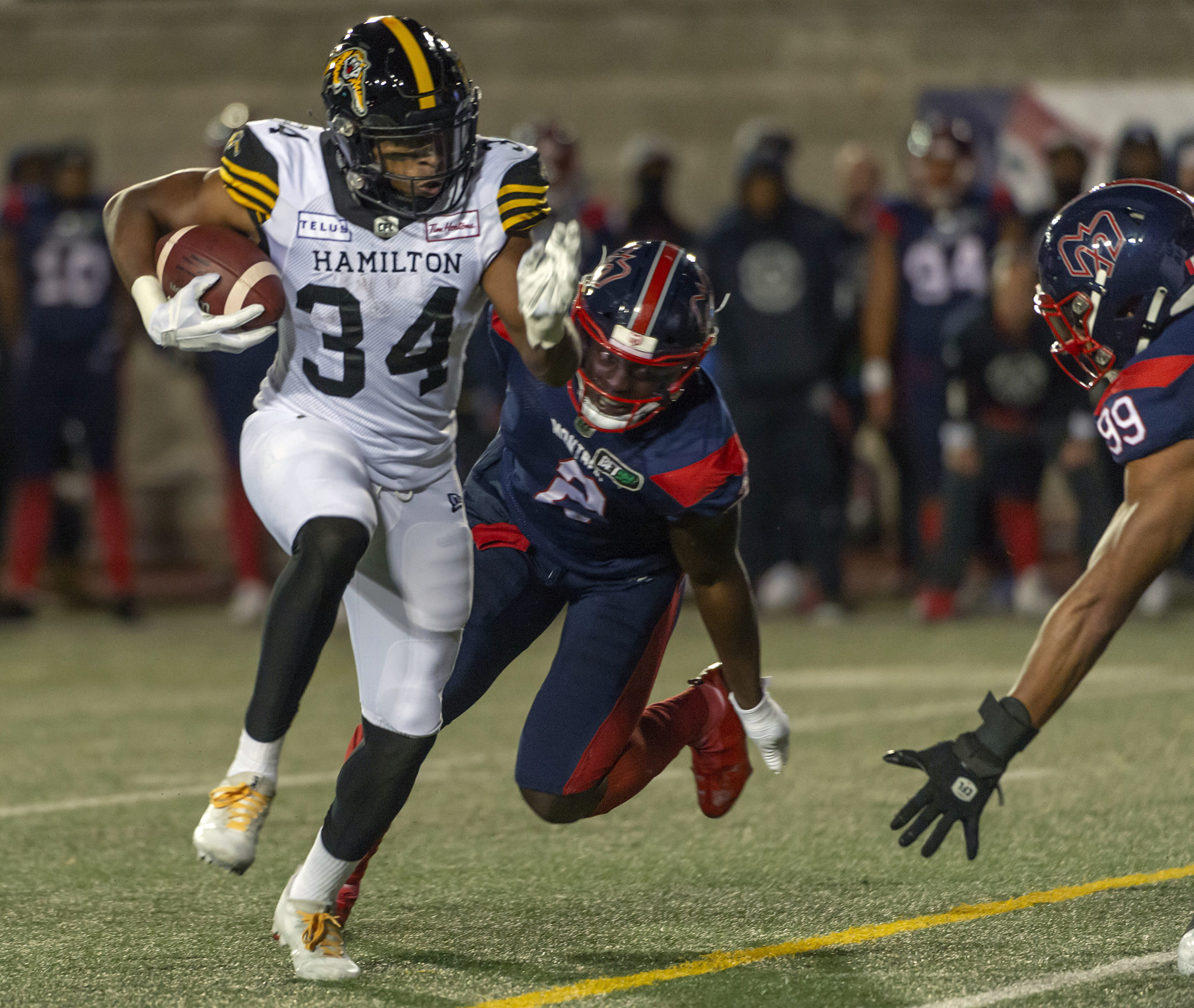 MONTREAL — Trevor Harris and Eugene Lewis connected for two touchdowns as the Montreal Alouettes take down the Hamilton Tiger-Cats 23-16 on Friday night.

Harris threw for 244 yards on 74% completions in the game and Walter Fletcher added 37 rushing yards. Lewis also had 52 yards on seven receptions.

Hamilton’s Tim White lead the game with 105 yards on 6 receptions and Dane Evans threw for 288 yards in the effort.

Running back Wes Hills scored the Ticats’ lone touchdown, the first of his career, and added 80 total yards.

With the win, the Alouettes ( move one game out of first place in the East Division.

After a scoreless first quarter, Hamilton was able to break open the scoring on a 4-yard touchdown run by Wes Hills to close out a nine play drive. Tim White helped set up the score with a 38-yard catch down the sideline.

On the ensuing drive, Trevor Harris was able to hit Jake Wieneke and Kaion Julien-Grant for back-to-back first downs before having to settle for a 33-yard field goal.

Hamilton would extend their lead before the half after driving 65 yards in two minutes before a Seth Small for a field goal as time expired. On the drive, four different players converted first downs including Tyler Ternowski who hauled in a 20-yard pass to set up the score.

After a short Ticat punt, Montreal took over with an opportunity to even the game, but a Cariel Brooks break up would force the Als to settle for a 51-yard field goal by David Cote.

The Tiger-Cats would look to answer quickly however as Tim White took a shovel pass 33-yards leading to Seth Small’s second field goal of the night giving Hamilton a 13-6 lead.

Montreal would pull within one as Eugene Lewis would haul in his sixth touchdown of the year. David Cote’s extra point hit the upright leaving the Ticats up 13-12.

After a turnover on downs, the Alouettes looked to take advantage of the short field, but Trevor Harris‘ second down pass hit the goalpost before David Cote hit his third field goal of the game.

Hamilton regained the lead after a long 103-yard drive capped off by Small’s third field goal of the night.

Harris and the Als would once again pull in front as he found Eugene Lewis for the second time on the night. On the score, Lewis surpassed 1000 receiving yards for the season.

As the Ticats tried to make one final comeback effort, rookie receiver Kiondre Smith fumbled the ball giving the Als possession and the win.

Next up, the Alouettes take on the Edmonton Elks while the Tiger-Cats head to the bye before taking on the Saskatchewan Roughriders.