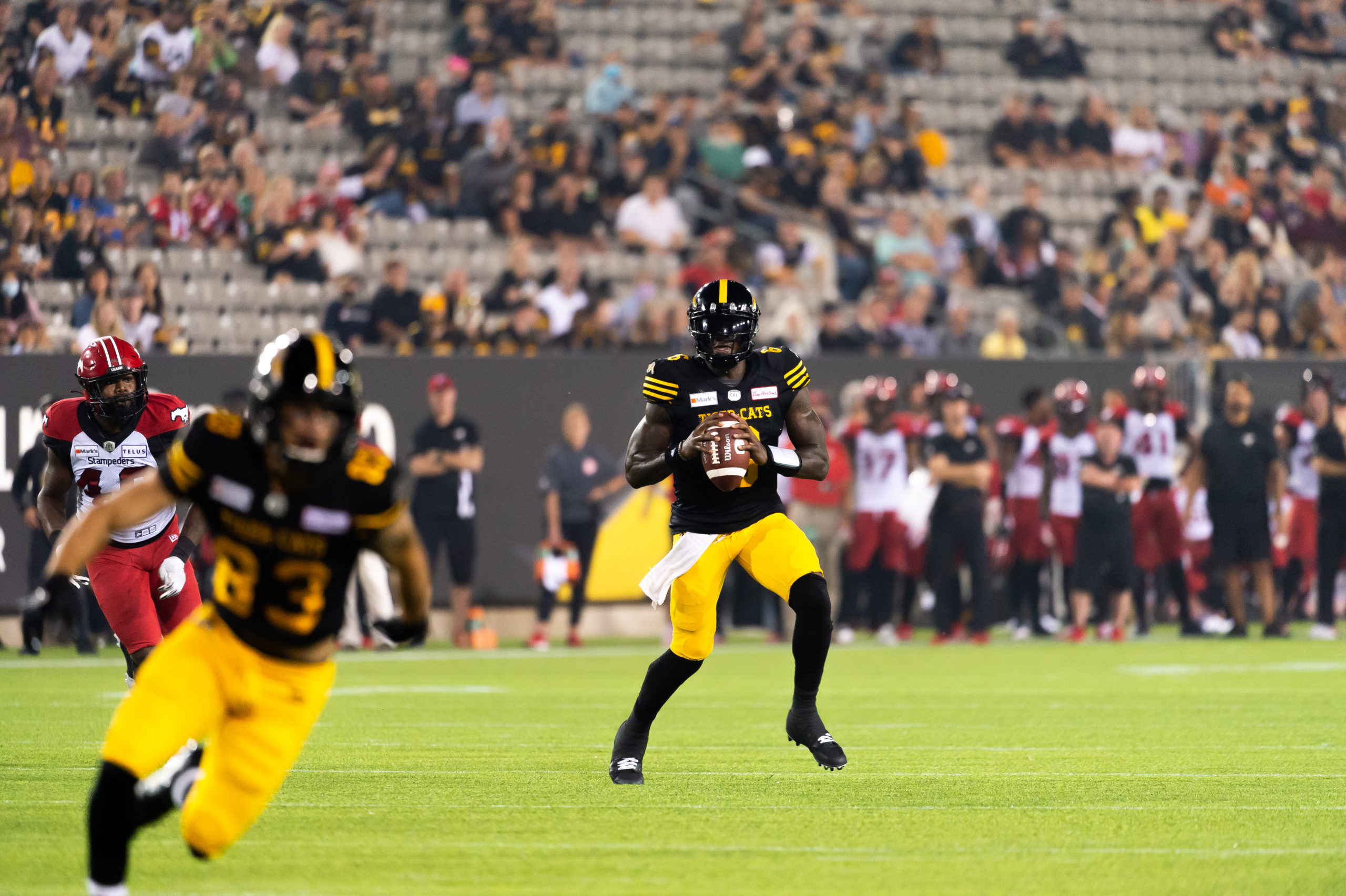 OTTAWA — After a short week, the Hamilton Tiger-Cats will be back in action on Wednesday as they travel to the nation’s capital to take on the Ottawa REDBLACKS in an East Division battle.

Hamilton enters Week 8 with barely a moment to catch their breath after a 23-17 win in Week 7 over the Calgary Stampeders at home last Friday.

As the Ticats prepare for Wednesday’s nights matchup, head coach Orlondo Steinauer acknowledges the challenge of playing on short week but clarified that his team has been aware of the coming week and has been staying ready.

“They are going to be more rested; they’ve had a chance to study us longer,” said Steinauer of playing Ottawa on a short week. “We’ve known about this, the schedule has been out, we knew exactly what time it was.” 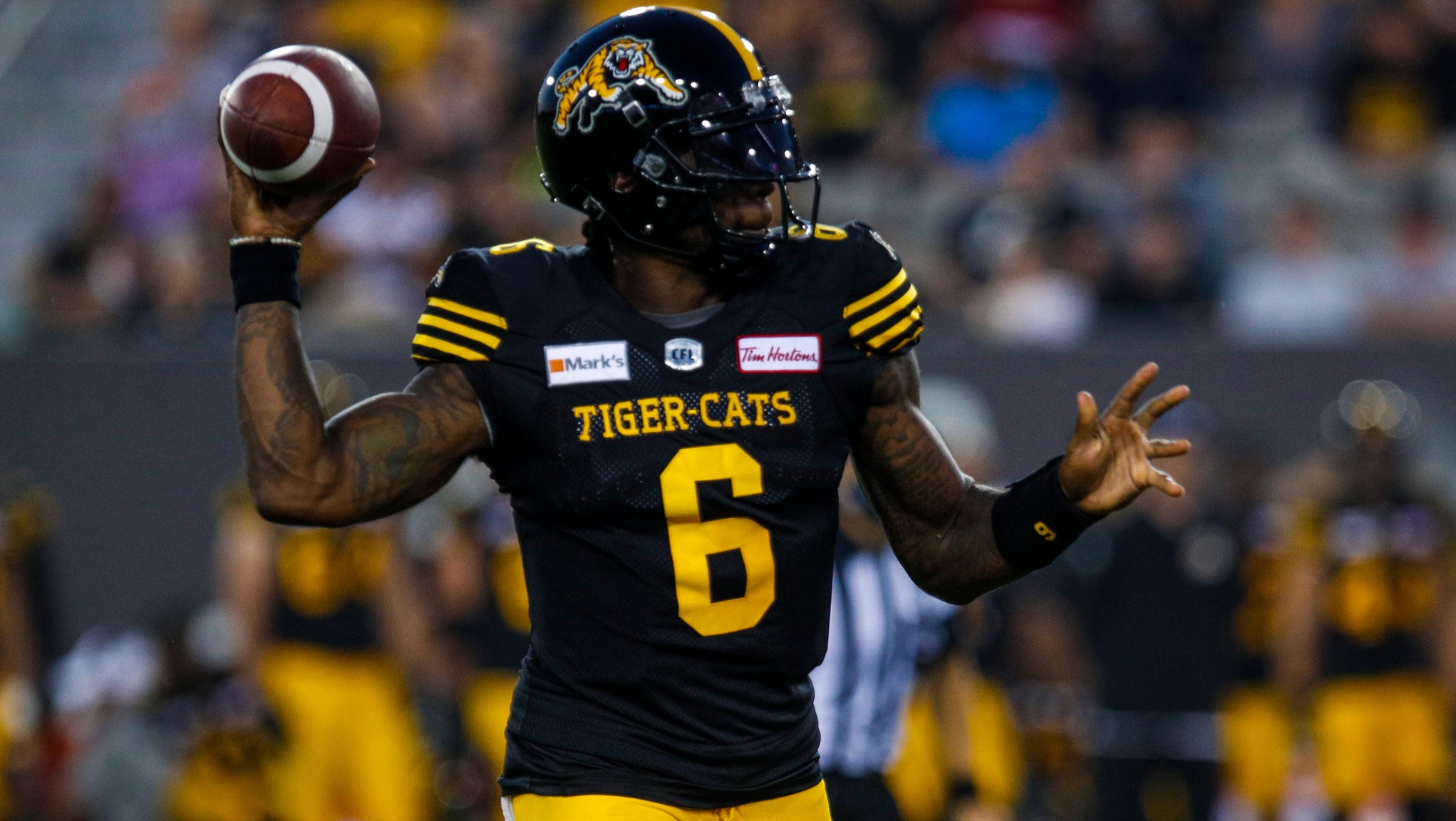 DAVID WATFORD GETS THE START ONCE AGAINST FOR THE TICATS THIS WEEK AS THEY TAKE ON OTTAWA (MICHAEL P. HALL/CFL.CA)

The Tabbies enter the new week still without quarterbacks Dane Evans and Jeremiah Masoli, who continue to manage injuries. The team has recently signed Jalen Morton as an extra measure of security.

Morton played college football in Texas with Prairie View A&M. In his time competing as a Panther, the young quarterback completed 345 of his 652 passing attempts, throwing for 4,945 yards and 40 touchdowns, adding another 705 yards and 12 touchdowns rushing.

However, despite Morton peaking some intrigue, Steinauer was quick to note that the signee would be unavailable for Hamilton for the time being and that David Watford would remain the team’s starting quarterback.

“There’s so much that goes into playing the toughest position on the football field that I was impressed with,” said Steinauer of Watford. “Outside of just the tangible numbers at the end of the game.”

Against the Stampeders, Watford played nearly perfect football when considering what the offensive scheming asked him to do. Hamilton’s game plan was clear, rely on consistent ground gains and throw the ball enough to ensure the defence stays honest.

Hamilton’s Week 7 matchup against Calgary is the most they’ve leaned on the ground game this season. Running the ball 30 times between five different ball carriers and collecting 116 rushing yards.

The Ticats pivot completed 19 of his 22 passing attempts for 149 passing yards, while adding another 35 with his legs on 10 carries. Watford put together an efficient passing game and most importantly helped leverage a win for the Black and Gold.

Hamilton will be looking for more of the same from Watford as they enter Week 8 and his teammates’ confidence in the quarterback remains high.

“He has our full confidence and honestly we’re just trying to go out there and give the quarterback time to do his thing,’ said offensive linemen Darius Ciraco of Watford. “He went out and balled out last week and we came out with a W.”

The REDBLACKS will be emerging from a bye week and will be looking to rebound on Wednesday night against the Ticats after a tough 45-13 loss to the BC Lions in Week 6.

Ottawa has had to battle through adversity this season as they have lost their last four games and haven’t notched a win since Week 1. Despite the slow start to the season, they have remained resilient. The recent play of their offence and the contribution of their young wide receivers is a definite silver lining for the team.

Ottawa been more aggressive with their downfield passing schemes through the last two weeks, stressing opposing defences and threatening to score at times when putting the ball in the air.

Dominique Davis took over quarterbacking duties with the REDBLACKS offence in Week 5 and has played admirably as the teams’ signal caller through his first two games. Davis has thrown for 624 yards and three touchdowns, completing 53 of 84 passing attempts.

The veteran quarterback has also helped to provide an aspect of versatility to Paul LaPolice’s offensive play calling. Davis has carried the ball 15 times, totalling 64 yards and a touchdown.

Ottawa has also seen the breakout of two pass-catchers that have helped to provide a boost to Davis and the REDBLACKS passing attack. 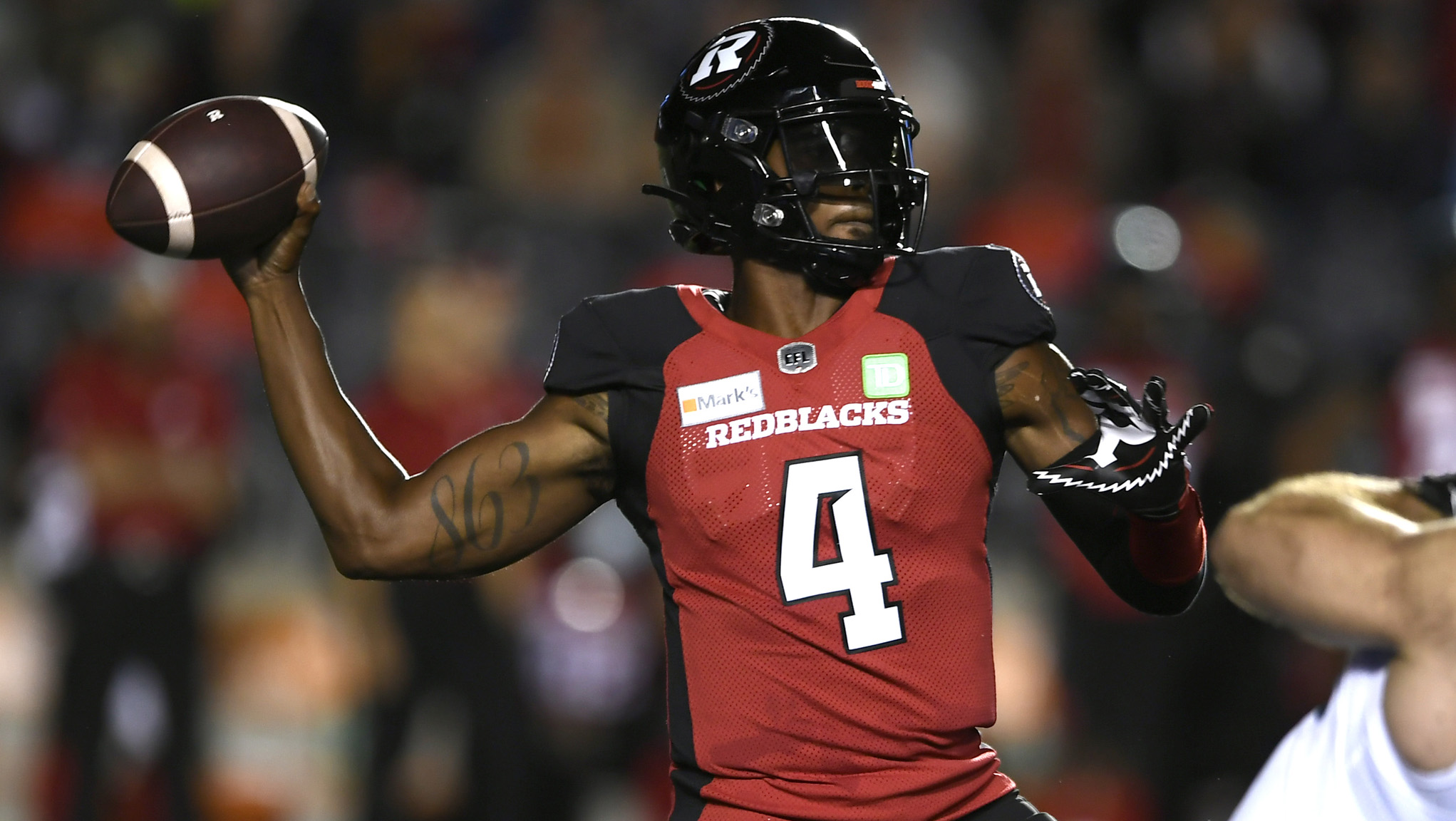 Fourth year receiver Nate Behar and rookie wideout Ryan Davis have exploded in the Ottawa passing attack. Through the first five games, Davis has been the most targeted player on the offence, seeing 34 passes come his way. The budding star has turned 25 catches for 221 yards and a touchdown.

Additionally, Behar has emerged as a reliable set of hands for REDBLACKS quarterbacks. Behar is second to Davis in team targets with 31 and has seen a recent uptake in opportunities. Through his last three games, the former Carleton Raven has seen 25 targets come his way.

While the REDBLACKS have had their struggles early in the season, they show a lot of offensive promise and could be poised to breakout at any moment. Hamilton star, Simoni Lawrence knows his defensive unit can’t get complacent.

“You can’t take any team in the CFL for granted,” said Lawrence. “Things can change for teams faster than you know.”

Highlighted by the electric play of Lawrence, the defensive unit for the Black and Gold has been one of the most exciting aspects of the teams play through the start of the 2021 season.

Lawrence’s second interception return for a touchdown in Week 7 against Calgary tied him for the team lead in touchdowns. Yes, both offensively and defensively, the linebacker sits atop the Ticats depth chart in touchdowns scored.

As a unit, the Hamilton defence has held teams to under 20 points per game, their 112 total points surrendered and 18.7 allowed average is the third fewest in the league.

In addition to holding points off the board, they have shown an impressive ability to hold opposing offences off the field. The Ticats surrender the second-fewest yards in the league and hold teams to an average of 5.7 yards per play. They particularly shine in second down situations, allowing teams to convert just 41 per cent of the time.

The secret to the Hamilton success? Communication and relying on your teammates, according to Lawrence.

“It’s a lot of communication, we’re talking better together, we’re seeing things faster,” said Lawrence of the defence. “We’re trusting each other, and we know we’re going to be where we need to be.”

The REDBLACKS offensive staff will have their hands full in Wednesday night’s matchup against one of the league’s best defences. Davis and his supporting cast will need to play near perfect football against the Tabbies as they hope to deliver a win in the nation’s capital.

Kickoff is slated for 7:30 p.m. ET and can be watched on TSN, RDS and ESPN+ or can be followed along on CFL.ca’s Game Tracker. 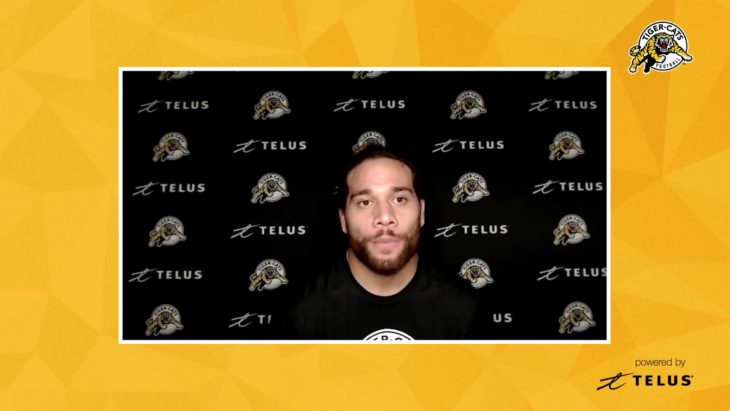