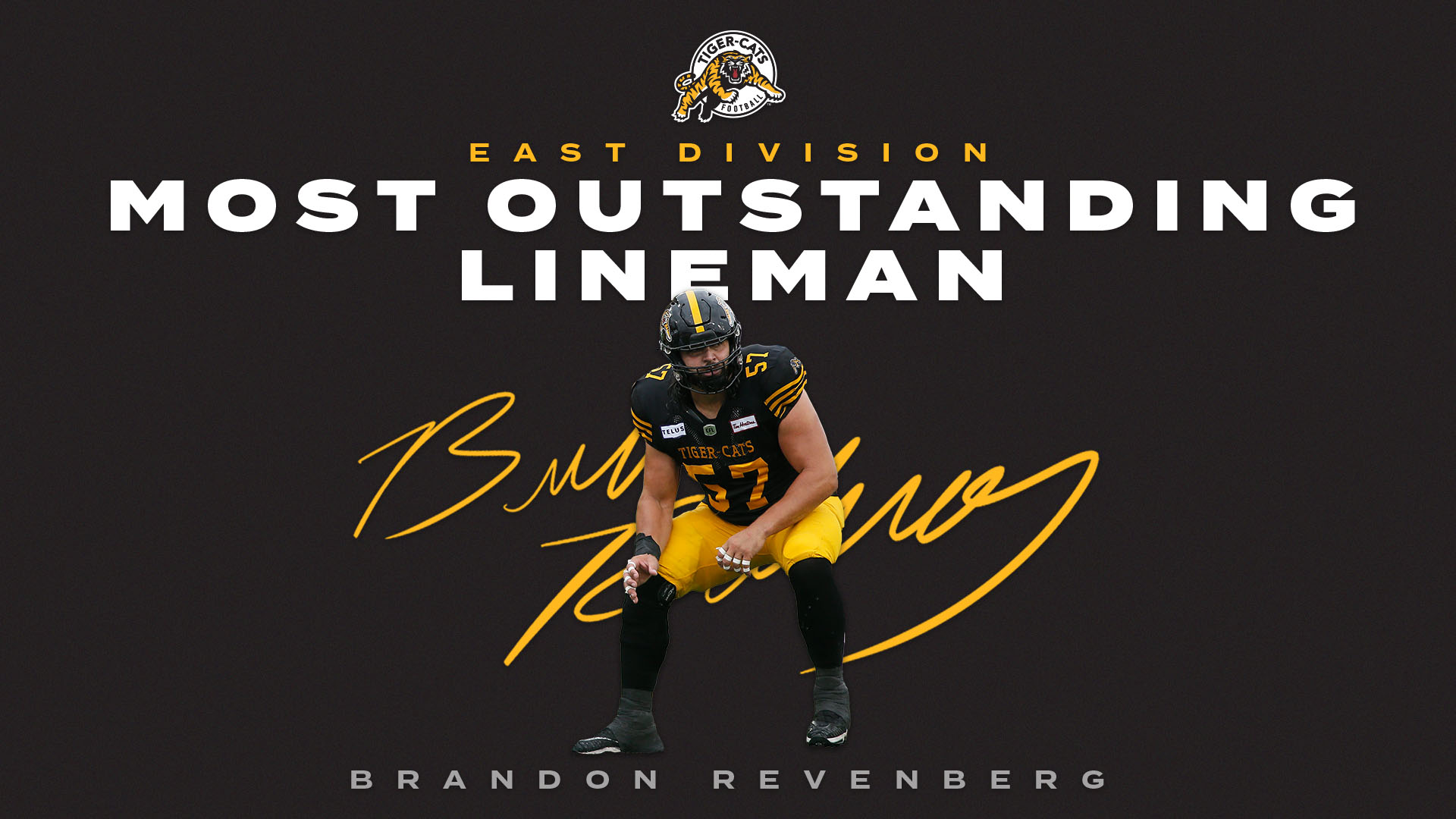 The Canadian Football League announced Tuesday that Hamilton Tiger-Cats guard Brandon Revenberg has been nominated for the league’s Most Outstanding Lineman award.

Revenberg, 29, was named the East Division’s Most Outstanding Lineman for the second consecutive season and third time in his career, previously earning the award in 2021 and 2018. The 6’4, 301-pound native of Essex, Ontario started 17 games at left guard for the Hamilton Tiger-Cats this season. The six-year veteran of the CFL has played all 102 of his career regular season games with the Tiger-Cats.

The CFL Awards recognizes the league’s top performers in seven categories as voted by the Football Reporters of Canada and head coaches from across the league. In addition, the Commissioner’s Award, the Jake Gaudaur Veterans’ Award, the Tom Pate Memorial Award, the Hugh Campbell Distinguished Leadership Award and the Jane Mawby Tribute Award will honour individuals from across the CFL.

The evening is one of the flagship events in the lead-up to the country’s largest single-day sporting event – the Grey Cup. The 2022 Grey Cup Festival opens on Tuesday, November 15 in Saskatoon before moving to Regina from Wednesday to Saturday. For more information surrounding the CFL Awards and additional events, including dates, venues, purchasing details and more, please visit GreyCupFestival.ca.

The 109th Grey Cup will be played in Regina at Mosaic Stadium on Sunday, November 20 with kickoff slated for 5 p.m. local/6 p.m. ET. The sold-out contest will be broadcast across the nation on TSN and RDS – Canada’s home of the CFL.