The Canadian Football League announced Tuesday that Hamilton Tiger-Cats defensive back Jumal Rolle has been named one of the CFL Top Performers for Week 7.

Rolle, 29, recorded four defensive tackles and two interceptions returned for a combined 60 yards in Hamilton’s 23-15 home win Saturday over the Winnipeg Blue Bombers at Tim Hortons Field. Rolle’s first interception in the game was returned 45 yards – just one-yard shy of a touchdown. The 6-0, 188-pound native of Wilson, North Carolina has appeared in all six of Hamilton’s games so far in 2019 with two starts at field corner, and is tied for fifth in the CFL this season with two interceptions.

Saskatchewan’s William Powell and BC’s Ryan Lankford, first and third in voting, respectively, join Rolle as this week’s CFL Top Performers. The three players were chosen by a panel of judges who independently send their selections to the CFL head office. The panel includes former Canadian Football League players Matt Dunigan and Duane Forde of TSN and Pierre Vercheval of RDS. 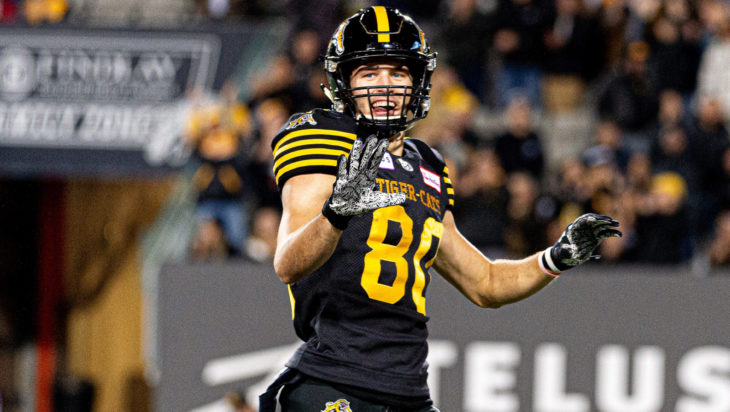