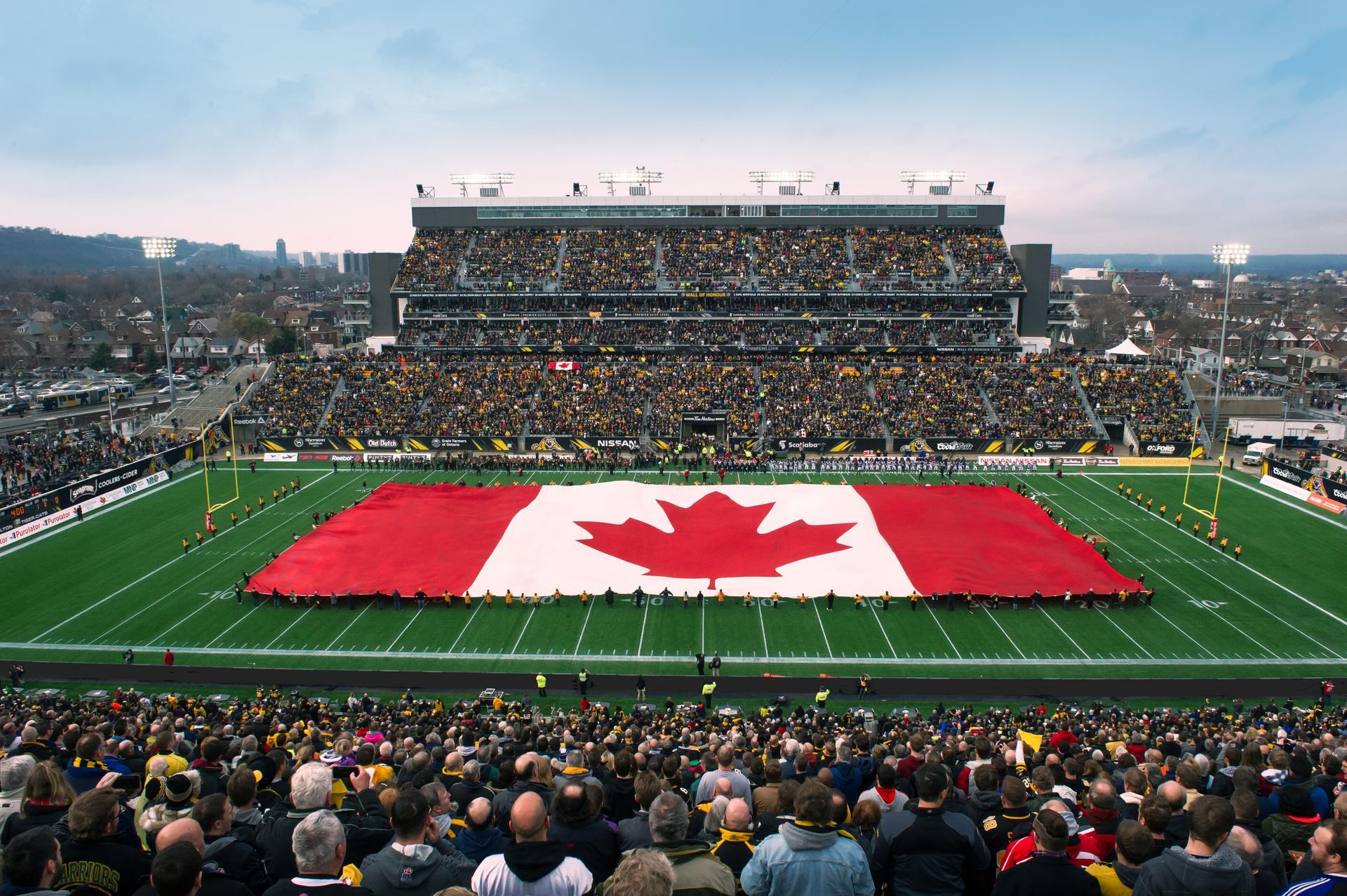 HAMILTON — The Hall of Fame induction ceremony for the classes of 2020 and 2021 will kickoff an evening of celebration at Tim Horton’s Field on Saturday night.

Following the induction ceremony the Hamilton Ticats will host the Calgary Stampeders for their first home game of the 2022 season.

The Tiger-Cats will be in search of their first win after a 30-13 opening week loss to the Saskatchewan Roughers.

Protecting quarterback Dane Evans will be a primary focus for the Tabbies offence. The Riders were able to bring down Evans for eight sacks in Week 1.

Creating offence and limiting turnovers  will be among the keys to success against a high-powered Stamps offence. Downfield-passing and consistency in the ground game helped Calgary to a 30-27 win over the Montreal Alouettes to open their season.

Against the Riders, Evans complete 18 passes for 222 yards, including a 71-yard touchdown pass to Steven Dunbar Jr. But as a unit, the Ticats turned the ball over a total of five times in their Week 1 loss.

Saturday will be another tough test, matching up against a Stamps defence that recorded three sacks, forced a fumble and pulled down an interception against the Als in Week 1.

Head coach Orlondo Steinauer is using the opening week loss as a learning experience as his team prepares for this upcoming week.

“I saw a lot of things that were positive,” Steinauer told ticats.ca. “The glaring weaknesses are easy to find. It’s in the rearview mirror, we’re moving on.”

The Tabbies defence was a bright spot holding the Riders to just 12 points through three quarters of action. The Ticats’ defence  also held Saskatchewan’s Jamal Morrow to 14 yards on nine rushing attempts.

After combining for 10 tackles in the season opener, linebackers Simoni Lawrence and Javon Santos-Knox will be tasked with keeping an aggressive Calgary run game in check.

Led by running back Ka’Deem Carey, the Stamps boast a tough ground game that has the ability to grind down opposing defences. Against Montreal Carey rushed for 60 yards and two touchdowns and is likely to see majority of the action on the ground entering Week 2.

Lawrence plans on using the Week 1 loss as motivation as he prepares for the upcoming game against Calgary.

“I feel motivated,” Lawrence said to Ticats.ca. “Sometimes you need that stuff, especially early in the season. It’s an 18 game season and it’s very long. We have a lot to learn from. You can learn from wins but learn a lot more off of losses.”

Lawrence expects getting back on their home field with their fans behind them will give the Ticats the extra jump they to help them get in the win column.

The Ticats will certainly be looking to feed off of the energy of the home crowd as the get set to play at home for the first time in 2022.

In his season debut, Mitchell completed 21 passes, throwing for 199 yards and a touchdown. Mitchell established an early connection with receiver Richie Sindani. Sindani saw a team-high nine targets in Week 1, reeling in seven passes for 101 yards.

If Sindani isn’t open, Mitchell will also have the receiving options of either Malik Henry or Kamar Jorden. The pair combined for 14 targets, catching eight passes for 71 yards against the Als. It was Henry who was on the receiving end of the lone Mitchell touchdown, a 10-yard catch a run to open the game.

Henry also made his presence felt in the punt return game, returning four punts for 48 yards. He’ll do his best to put Mitchell and the rest of the offence in good field position on Saturday.

Looking to make life difficult for the Hamilton quarterback will be linebacker, Jameer Thurman and defensive lineman, Mike Rose. Thurman and Rose combined for 10 sacks in 2021, and each added an interception in their 2022 season debut. Rose also made an impact play on special teams, blocking a field goal in the win over Montreal.

The Ticats offensive line will need to be ready for the pressure the two Calgary defenders will surely bring.

Rose was happy to contribute to his team’s win and is looking for his team to outwork their opponents in the lead up to Saturday.

“It’s good to be in the win column early,” Rose told stampeders.com earlier in the week. “Hopefully we can parlay that into even more wins. Hamilton prides themselves on working hard, so we’re going to outwork them. We were a road team last year so hopefully we can carry some of that same road energy.”

As Hamilton looks to capture their first win of the season at home, kickoff is set for 6:30p.m. ET.

The game can be seen on TSN, RDS, ESPN2 and can be followed along on CFL.ca’s Game Tracker.