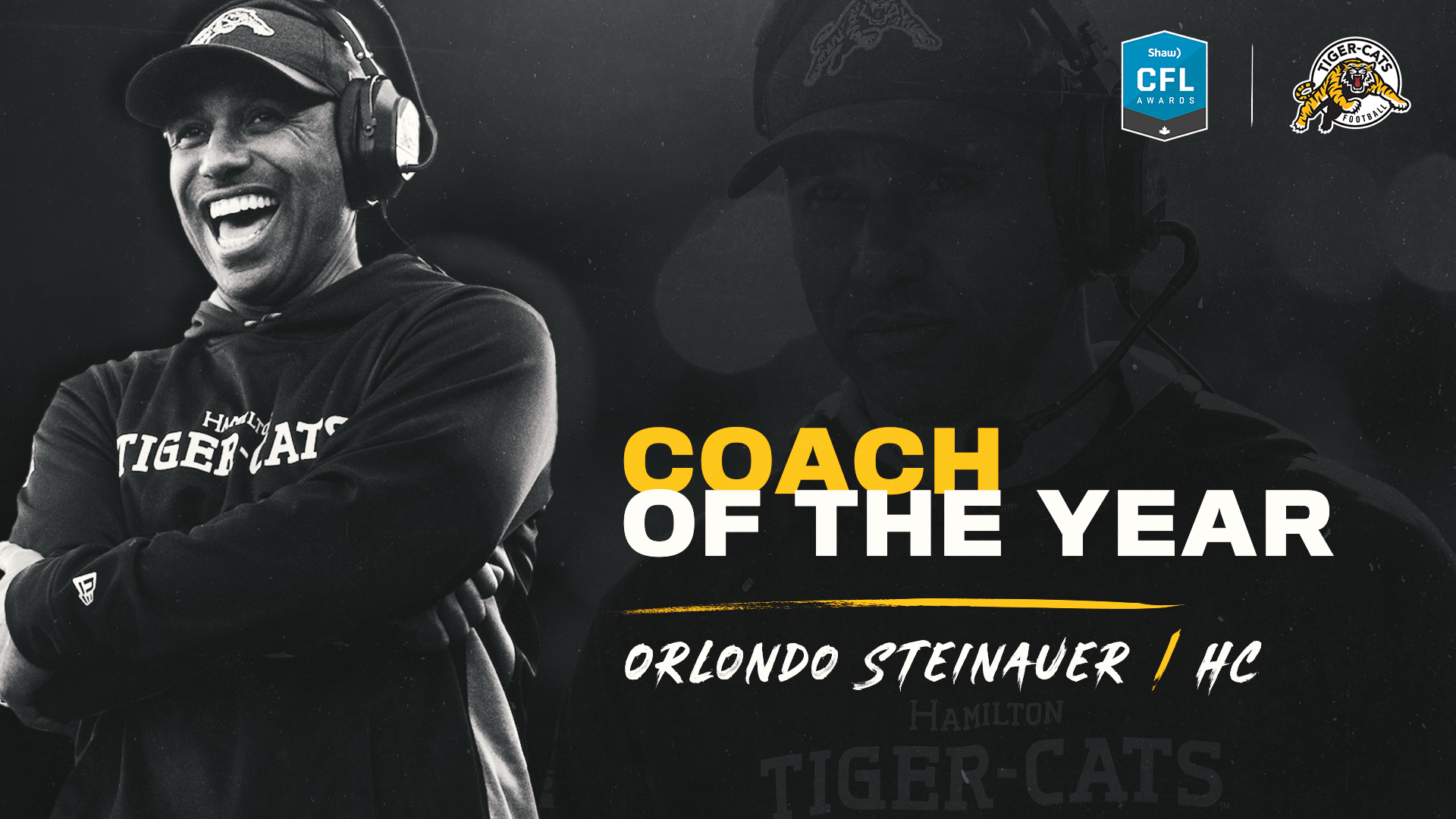 Steinauer, 46, tied a CFL record for a first-year head coach with 15 wins (Dave Dickenson – CGY – 2016) and led the Tiger-Cats to a franchise-best 15-3 record, including six consecutive wins to close out the 2019 season. The 15 wins were three more than the club’s previous franchise high of 12 (1989 & 1998) and also tied an all-time CFL record for wins by an East Division team in a single season. The Tiger-Cats also went 9-0 at home for the first time in franchise history.

The Seattle, Washington native took over an eight-win Tiger-Cats team and saw them improve by seven wins, finishing first overall in the CFL standings for the first time since 1998 and capturing the East Division crown for the first time since 2014. Steinauer’s team also topped the league in points for (551) while allowing the least points against (344) this season. The 344 points allowed were the fewest in franchise history for an 18-game season, while the 551 points scored were second to only the 1999 team that tallied 603.