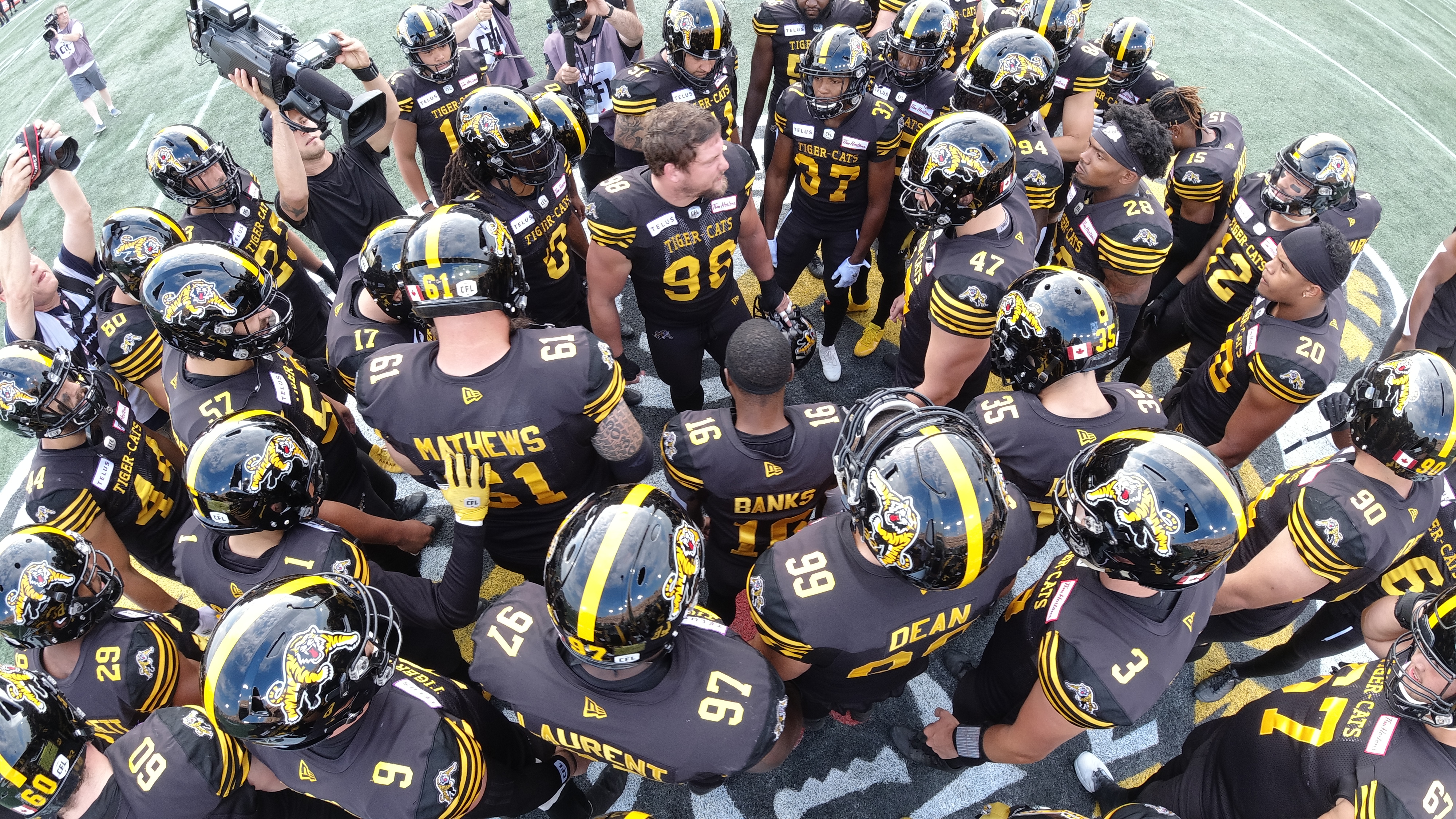 Banks, 31, has now been named a divisional all-star in six consecutive seasons (2014-19), earning the nod for the third time as a wide receiver after three-straight as a kick returner. In 2019, Banks started 16 games at wide receiver for the Tiger-Cats and set career highs while leading the CFL in all major receiving categories, including receptions (112), yards (1,550) and touchdowns (13), as well as targets (158). His 112 receptions set a Tiger-Cats’ single-season franchise record.

Addison, 25, started 16 games at wide receiver for the Tiger-Cats this season, ranking among the league leaders in all major receiving categories, including receptions (4th – 95), yards (5th – 1,236) and touchdowns (6th – 7), as well as targets (6th – 126). His 95 receptions tied Tony Champion (1989) for the sixth-best single-season total in franchise history. The versatile sophomore receiver also added 36 carries for 218 rushing yards and a rushing touchdown.

Addison was named a CFL Top Performer for Week 12 after posting 11 receptions for a career-high 167 yards and two touchdowns in the Labour Day Classic against the Toronto Argonauts on September 2. The 5-9, 197-pound native of Missouri City, Texas also earned CFL Top Performer of the Month honours for September.

Mathews, 26, started 15 games at left tackle for the Tiger-Cats in 2019. The 6-6, 320-pound native of American Fork, Utah was named an East Division All-Star for the first time in his career.

Revenberg, 26, started 17 games at left guard for the Tiger-Cats this season and earned his second consecutive divisional all-star appointment. The 6-4, 301-pound native of Essex, Ontario was also named Hamilton’s Most Outstanding Canadian in 2019 and has yet to miss a game due to injury in his four-year CFL career (2016-19). 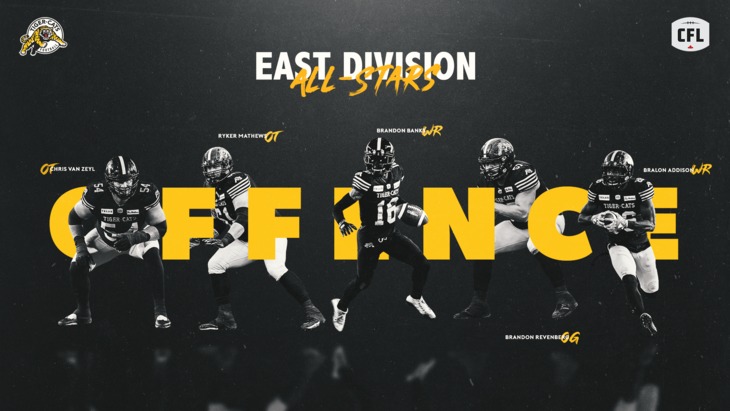 Lawrence, 30, started 15 games at linebacker for the Tiger-Cats this season and led the CFL in defensive tackles (98) and defensive plays made (117), while tying a career high with three interceptions and adding four quarterback sacks, seven pass knock downs, one fumble recovery and four tackles for loss. The University of Minnesota product earned his fourth East Division All-Star selection (2014, 15, 16, 19) and was named Hamilton’s Most Outstanding Defensive Player for the third time in his career (2014, 15, 19). He set a CFL single-game record in Week 16 at Winnipeg with 17 defensive tackles (Reggie Hunt – 16) against the Blue Bombers and was named the CFL Top Performer of the Week.

Leonard, 28, started all 18 regular season games at field halfback for Hamilton and finished tied for seventh in the league with four interceptions, returning one for a touchdown. The 5-8, 173-pound native of Miami, Florida added 55 defensive tackles, two forced fumbles, eight pass knock downs, one fumble recovery and two tackles for loss on his way to a second-career divisional all-star nod (2017, 19).

Adeleke, 24, started 15 games at safety for the Tiger-Cats in 2019, setting career highs in defensive tackles (52), total tackles (57) and interceptions (2). The 5-10, 208-pound native of Ottawa, Ontario added two pass knock downs and two tackles for loss on the season.

Breaux Sr., Leonard and Adeleke anchored the secondary of a Tiger-Cats defensive unit that accounted for the CFL’s second-most pass knockdowns (73) and third-most turnovers forced (44) in 2019. 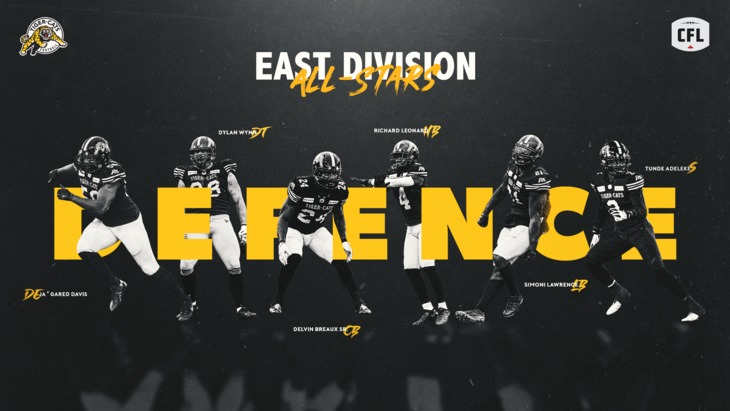 Williams, who has also started at defensive back in 16 of his 17 appearances (15 at field corner, one at boundary halfback) for the Tiger-Cats this season, is second in the CFL in pass knockdowns with 14, and has added 50 defensive tackles, one interception and one fumble recovery. 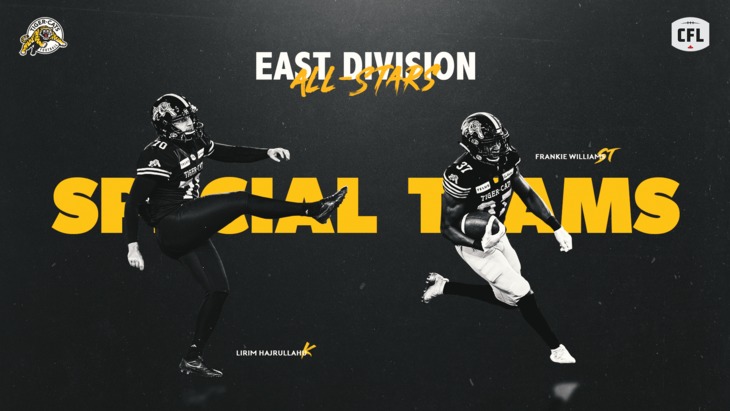