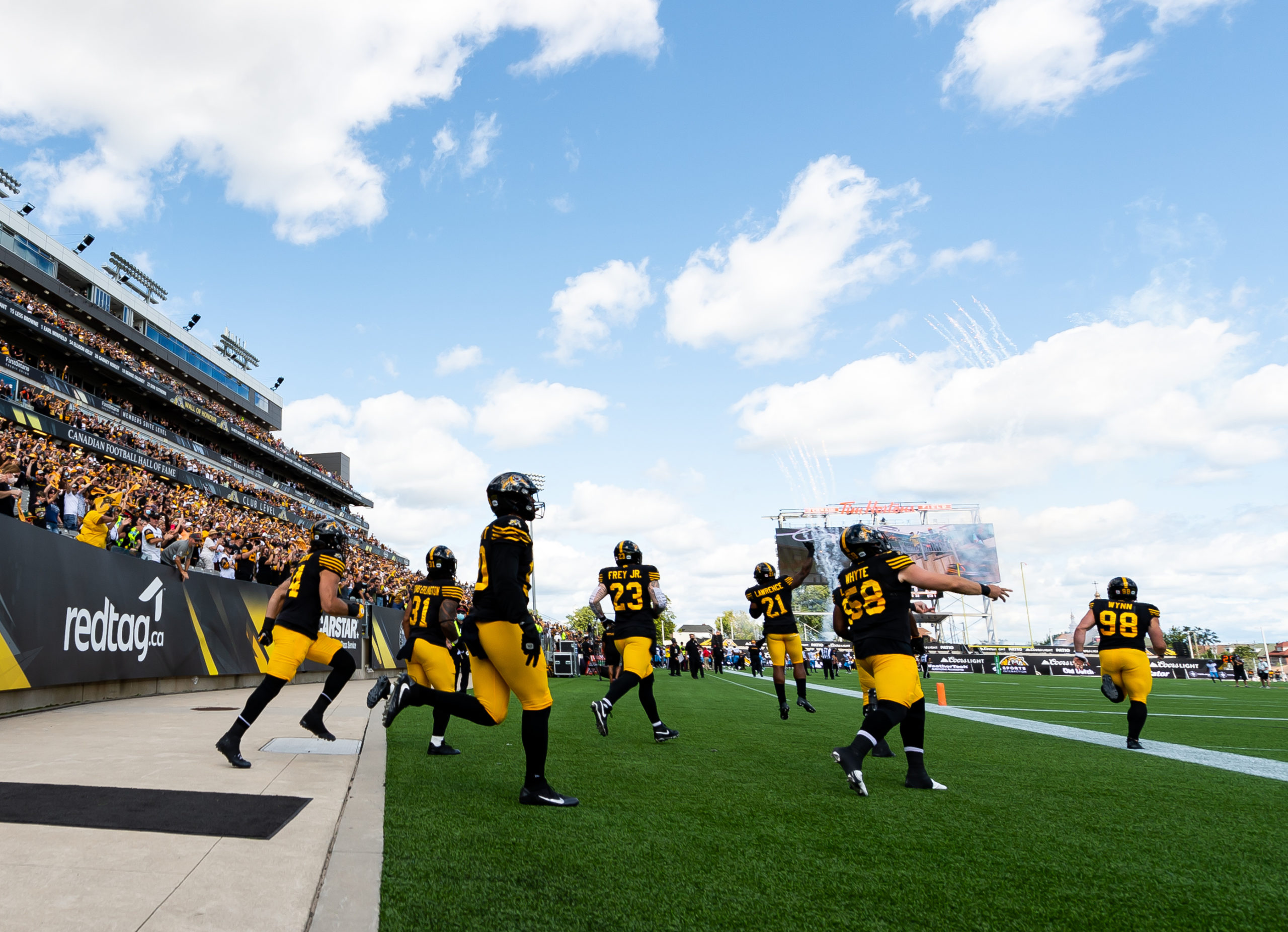 HAMILTON — Fresh off a win at home against the Ottawa REDBLACKS, the Toronto Argonauts head to Hamilton to take on the Tiger-Cats in a Thanksgiving Monday showdown.

Hamilton heads into Monday afternoon’s game having suffered a nail-biting overtime loss to the Montreal Alouettes and look to rebound.

Though his team has played the Argos this season, dating back to their Week 5 win and Week 6 loss, head coach Orlando Steinauer believes he’s facing an entirely different team.

“I think you can take a look at individual matchups, but their offence has evolved a little bit,” said Steinauer. “Their defence is transitioning into a different defence with Chris Jones there.”

Since the hiring of Jones, the Argonauts’ defence has looked different and been a major factor in their two-game winning streak. In recording a pair of sacks and interceptions, their defence was able to hold the Alouettes to just 27 points to which they followed up against Ottawa, recording a pair of pick-sixes and a blocked punt touchdown in their 35-16 win. With the resurgence being seen on the defensive side of the ball in Toronto, Steinauer knows Jones will have his guys ready to play.

“Chris is going to do whatever it takes to win,” said Steinauer. “If that means he’s got to pressure you, he’ll pressure you. If he has to drop people, he’ll drop people. I think at times, he’s extremely unpredictable and he has a knack for getting his guys to play hard consistently.”

In helping combat the tenacious Double Blue defence, 14-year CFL veteran and Argo-turned-Ticat, Chris Van Zeyl is looking forward to going against Jones in his first game back after spending time on the injured list.

“The one thing you have to expect is the unexpected,” said Van Zeyl. “You’ve got so many moving parts and so many guys moving around that you have to stay true to your rules and that’s going to get you through. I’ve played against him several times and every time it’s been something different.”

Of the many responsibilities the offensive lineman will have come Monday, one of them will be to protect Jeremiah Masoli who was confirmed the starter by Steinauer.

After a number of weeks that saw the Ticats offence be manned by David Watford with the injuries to Dane Evans and Masoli, the unit appears to be getting healthy at the right time.

In his prior outing against the Als, Masoli connected on 23 of his 33 passing attempts for 233 yards while adding 17 on the ground.

“I think he’s becoming more and more confident,” said Steinauer on Masoli. “I’ve been very impressed with quite a few throws are that I would phrase as ‘Jeremiah like.’ I think the most important thing is his reads and those things coming in a timely fashion. I do see an improvement from last week.”

With back-to-back wins against Eastern Division opponents, the Argonauts have been surging in all three phases and look to keep it that way on a short week.

While Hamilton always presents a tough matchup as the two’s historical rivalry has been grounds for extremely exciting games this season, Argos head coach Ryan Dinwiddie is hoping the short week doesn’t hinder their performance.

“I know we’re going to be going into it tired, we just have to make sure we’re not mentally tired,” said Dinwiddie.

Dinwiddie went on to talk about what he feels his club has to do against such a strong team in a tough environment.

“I think we’ve got to leave it all on the field,” said Dinwiddie. “Guys are banged up, physically, they’re tired. But we’ve got to make sure that mentally, we’re not tired. We can’t let the way our body feels take over our lives so you have to have mentally strong players, we got to come in there and have a job to do; we know it’s not going to be easy.”

As for injuries of their own, Dinwiddie said that Nick Arbuckle has been progressing well, though he will turn to McLeod Bethel-Thompson for the third-straight game. That being said, Arbuckle was listed as the backup on the team’s depth chart this week.

“We’re building with Mac right now, I think he’s doing some good things so we’re going to continue to do that for now,” said Dinwiddie.

For Bethel-Thompson, this will be his second crack at the Ticats since Week 5 where he stepped in for Arbuckle and his first start against them since the 2019 season. In his most recent Week 12 appearance against the Ticats, Bethel-Thompson threw for 337 yards and a pair of touchdowns.

Kickoff is slated for 4:00 p.m. ET and can be watched on TSN, ESPN+ or followed along on CFL.ca’s Game Tracker.