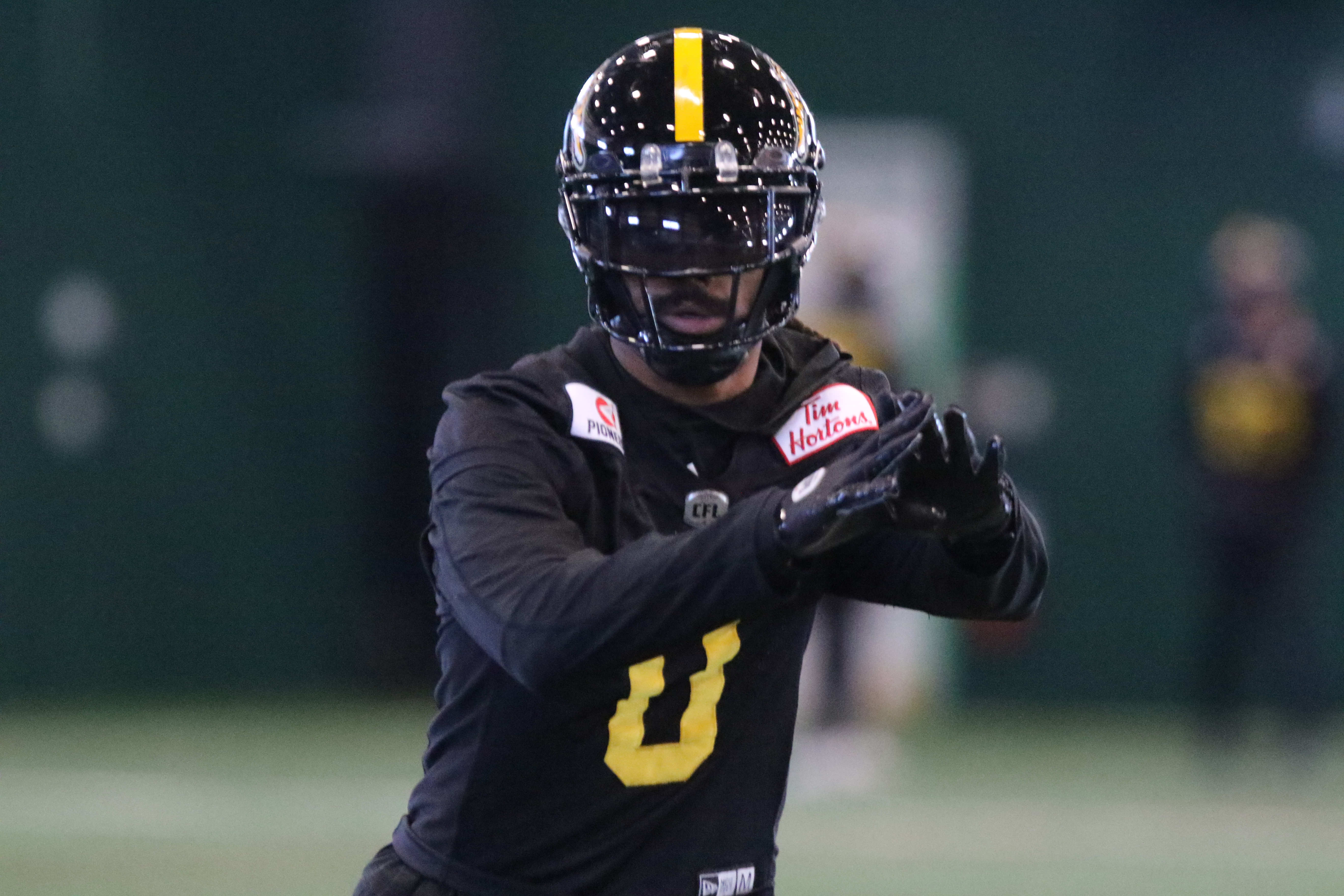 They will meet, these two remarkable forces, during the 107th Grey Cup, presented by Shaw, on Sunday.

At the intersection of two avenues – one called “big” and the other one “play,” the Hamilton Ticats’ defence will try to be the ones who come out on top, knowing that the offence they are facing has a little more utility to it, with the emergence of a deep-threat quarterback.

Zach Collaros can and will stretch the field for the Winnipeg Blue Bombers, a team that already has an explosive ground game with running back Andrew Harris and change-of-pace quarterback Chris Streveler leading that charge.

“You just want those radical splash plays,” said Breaux, the Eastern All-Star who’ll be relied upon to shut down those deep sideline shots that Collaros is likely to take on Sunday, particularly with thoroughbred receiver Darvin Adams.

» Head-to-Head: Who has the edge in the Grey Cup?
» O’Leary: 5 storylines to follow at 107GC
» Chris Van Zeyl enjoying life in different colours

Radical splash plays. It has a nice ring to it.

And it doesn’t necessarily mean a pick or a forced fumble, though those types of plays certainly make the grade. Any big one that snuffs a drive, and swings the fortunes of a game can be part of it.

For the Ticats, a great defence is found in more than just numbers.

“It’s not just about being a great defence statistically to me,” said Steinauer of the identity of his team’s defence, an identity that has been taking shape as the season has progressed. “We were middle of the pack (statistically) early in the year.”

“What it became was timely plays,” Steinauer explained, proud of the way the Hamilton defence has made those radical splashes. “Whatever it’s taken that week to win, they’ve stepped up and made those plays. And to me, that’s impressive.”

The Hamilton defence has been climbing the statistical charts in 2019, and if a more reliable, play-in and play-out consistency has had a hand in that rise, the splash plays have also remained a big part of the unit’s identity.

“When it’s given, man, when opportunity is given to you, you just got to take advantage of the opportunity,” said Breaux. “And that’s what we’ve been doing well.”

There’s a difference between playing ultra-aggressively and waiting for, then taking advantage of opportunities. That seems to be what Breaux is talking about and what Steinauer is so proud of.

Strong-side linebacker (SAM) Rico Murray explains it further; the radical splash play is fine and all, but not at the expense of heightening the chance that your opponent will be the one to hit you with a thunderous cannonball of their own.

“We pride ourselves on just not giving up the big play,” said Murray, appearing in his fifth career Grey Cup Game. “If a team is going to score on our defence or for an offence to have any type of success, we want them to earn it.”

The way Murray sees it, the Hamilton defence isn’t after any kind of singular identity. Not just smash mouth. Not just bend but don’t break.

Not just ball hawks. Not just radical splash. “We’re just the Ticats’ D,” he said, certain that they can do a lot of things very well at the present time.

“We’re just a winning defence will do whatever it takes to win,” he said. “We’re very versatile. We can adjust on the fly. We have very smart football players that can play multiple positions.”

That would include Murray, who has been pretty well locked in at SAM in 2019, but who has played safety, halfback and corner during his CFL career.

Looking ahead to Sunday, and mindful of Winnipeg’s offensive chunk-play abilities aligning with Hamilton’s own on defence, Murray sees the ingredients for lots of adjustments and counter-adjustments.

“With an offence that pretty much is just as versatile as our defence, you know, it’s gonna be one hell of a chess match,” he said.

With the Bombers presenting a deep ball threat as well as a rushing one, Murray believes that defusing at least one of those aspects of that attack is paramount.

“I think that’s going to be the task that we have at hand for us this week is finding ways to try to make them one dimensional,” he said, though he did not say in which dimension he and the Ticats would prefer Winnipeg got stuck.

Hamilton’s defensive versatility includes moving Murray inside the box from time to time, depending on how the offence is aligned. Some teams are strong at running through the line of scrimmage. Some are more adept at bouncing it outside. So the linebackers shift with that in mind. And Winnipeg?

“This team is good at doing both of those,” Murray said. “So, you know, we got our work cut out for us this week. We’ll make sure we take advantage of the time we have to prepare.”

The Hamilton Ticats’ defence will put their stock in a week of intense preparation, looking for a season’s worth of honing to be perfected at just the right time.

Then, they’ll need to meet those big moments at the proper time, come Sunday. It is something they have been doing habitually in 2019.

Breaux sums it up, using a favourite term of his.

“We just have to keep them contained and just focus on what we have to do as a defence and, like I said, just make our splash plays and we’ll see how the scoreboard lights up,” he said.