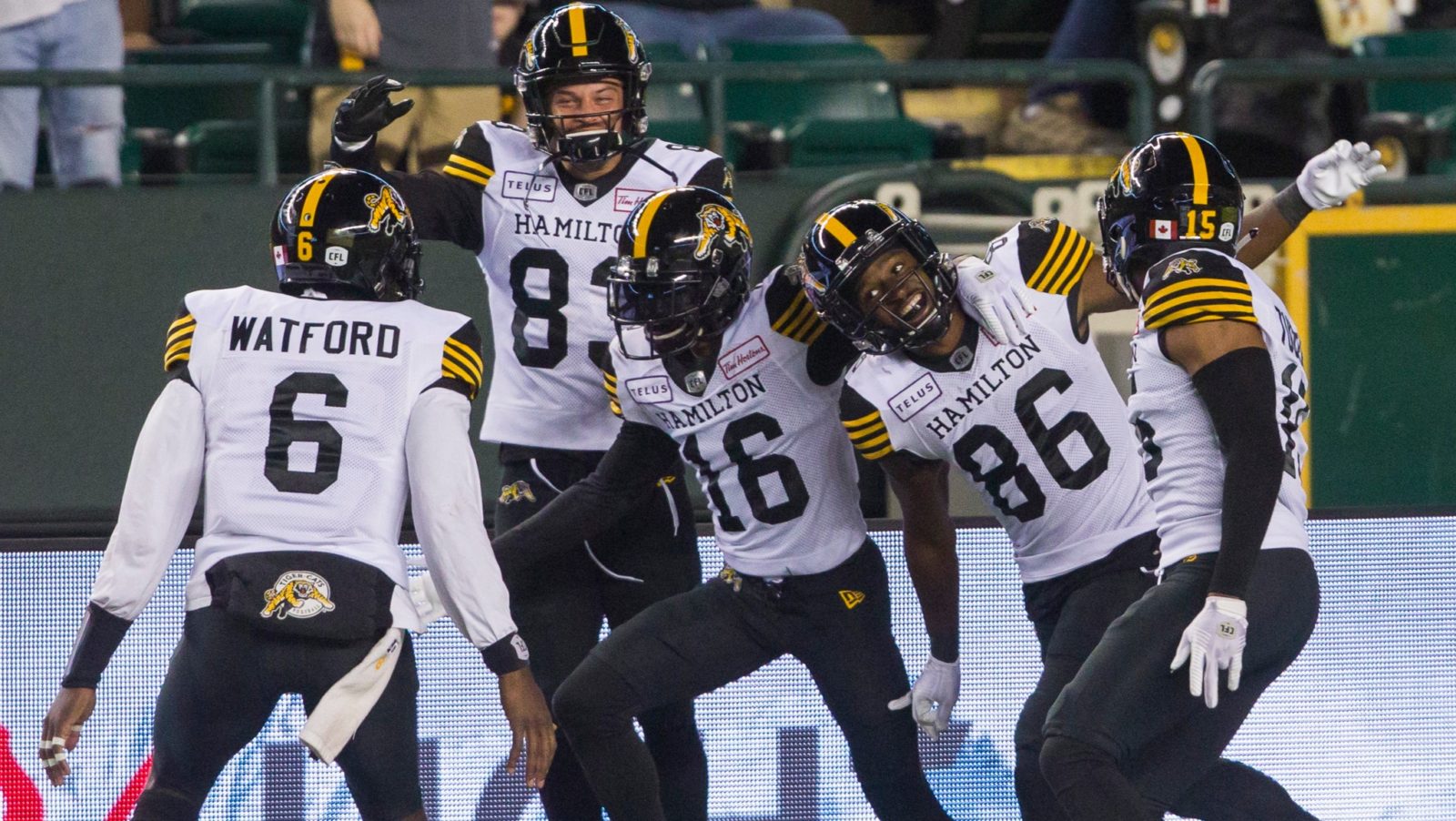 EDMONTON — Lirim Hajrullahu kicked a game-winning 34-yard field goal as time expired to lift the Hamilton Tiger-Cats over the Edmonton Eskimos with a 30-27 road win on Friday night. The Ticats now hold a 10-3 record, further solidifying their position as leaders in the East.

The Ticats set the tone early on by reaching the end zone on three consecutive offensive drives in the first quarter. Brandon Banks put Hamilton up early with a 42-yard catch-and-run touchdown, and Dane Evans followed it up with a pair of lightning-quick scoring drives that saw him throw deep touchdown passes to Marcus Tucker and Bralon Addison.

17 unanswered points from Edmonton made it a one-possession game late in the third quarter, and the Esks tied the game up in the fourth quarter with a one-yard rushing touchdown from Logan Kilgore.

The game was tied at 27 apiece in the final minute after both teams traded field goals, but the Ticats managed to march down the field in the final seconds to set up the deciding kick.

Evans started the game on fire by completing his first seven passes for 197 yards and three touchdowns, while Banks surpassed 1,000 receiving yards for the third straight season. 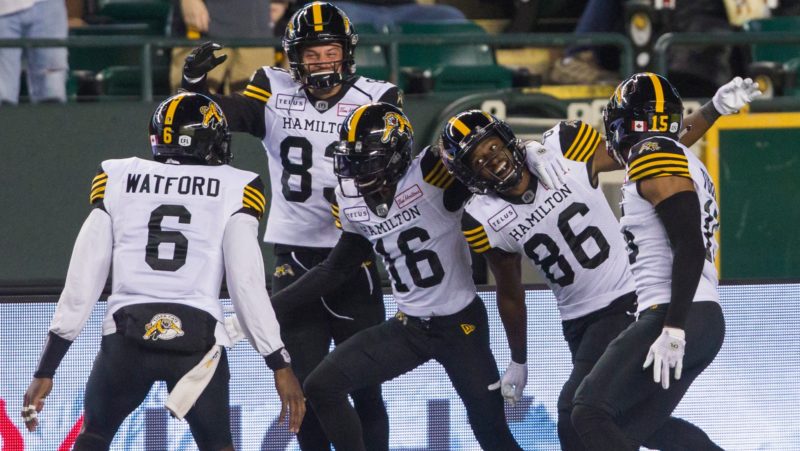 The Ticats struck first in the opening quarter when Banks turned on the jets to reach the end zone on a 42-yard touchdown. Evans completed the ensuing two-point conversion pass to Anthony Coombs to give Hamilton an early 8-0 lead.

It did not take long for the Ticats to further increase their momentum, as their defence stepped up on the following drive with a big turnover. Frankie Williams made a diving catch to intercept Kilgore’s pass, and the pick led to points on the very next play.

Evans capitalized on the early opportunity and threw a deep bomb down the field to Tucker for a 41-yard touchdown, with Tucker using straight line speed to beat Josh Johnson in man-to-man coverage for the score. Lirim Hajrullahu kicked the extra point to increase Hamilton’s lead to 15 points.

Hamilton’s hot first quarter continued on the team’s next drive when Evans went deep yet again, this time connecting with Addison for a huge 76-yard touchdown. Addison broke a tackle after making the catch and proceeded to outrun Monshadrik Hunter to the end zone. The Ticats attempted the two-point conversion, but Edmonton came up with the stop to keep the score at 21-0.

Hajrullahu extended the Ticats’ lead to 24 points with a 48-yard field goal midway through the second quarter, and the defence came up with another takeaway when Rolle picked off an underthrown pass from Kilgore. But Edmonton got the ball right back a few plays later when linebacker Vontae Diggs intercepted Evans inside the Esks’ 15-yard line to shut down the drive.

The Esks got on the board before half-time with a quick four-play, 51-yard scoring drive that saw Kilgore throw a 29-yard strike to Tevaun Smith before following it up with a six-yard touchdown pass to DaVaris Daniels. Sean Whyte kicked the extra point to make it a 24-7 game heading into the third quarter.

The Ticats attempted to increase their lead with another field goal in the third, but Hajrullahu’s kick went wide to the right and ended up in the waiting hands of Esks returner Christion Jones. Jones then proceeded to make seemingly every Hamilton player on the field miss as he returned the ball 100 yards into the red zone to set up Edmonton’s offence.

Hamilton’s defence held strong to force a field goal, and Whyte made the 22-yard kick to cut the Ticats’ lead down to 14 points.

Edmonton’s defence forced another turnover later in the third quarter when Mathieu Betts stripped the ball from Evans before recovering the fumble himself. The defensive play created momentum, and the Esks found the end zone two plays later when Kilgore hit Greg Ellingson with a 32-yard touchdown strike.

Ellingson somehow managed to come down with the ball in the end zone while being covered closely by Williams, and Whyte added the extra point to make the score 24-17 with under five minutes to go in the third quarter.

Hamilton regained the lead in the fourth quarter when Hajrullahu made a 38-yard field goal.

The Esks got the ball back on offence with just over two minutes to play, but Kilgore’s deep pass intended for Daniels was picked off by Rolle.

But Edmonton managed to force another punt, and the Esks evened the score with a field goal in the final minute.

Week 16 will see the Hamilton Tiger-Cats square off with the Winnipeg Blue Bombers on the road next Friday, while the Edmonton Eskimos will face the Ottawa REDBLACKS on the road next Saturday.