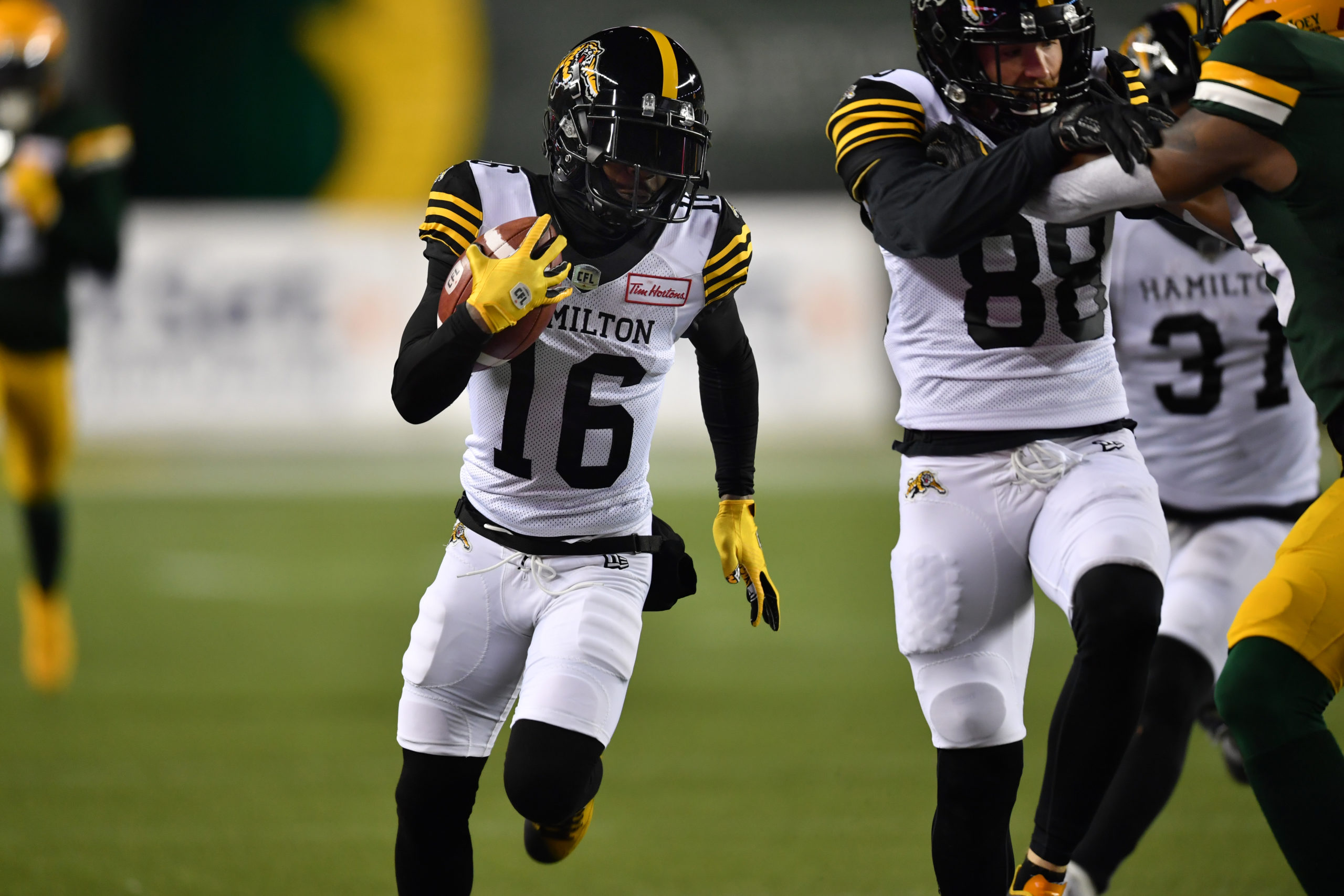 HAMILTON — As the 2021 CFL regular season comes to a close the Hamilton Tiger-Cats will play host to the Saskatchewan Roughriders at Tim Hortons Field.

Though the season is winding down and the playoff matchups are all but determined, there are still some lingering playoff scenarios that should provide some added fuel for Hamilton.

The Black and Gold currently hold onto second place in the East with a record of 7-6, however they are tied with the Montreal Alouettes who also boast a record of 7-6. For the Ticats the recipe to securing home field advantage is straightforward, a win over the Riders on Saturday night will guarantee the Ticats the second seed.

A Montreal loss on Friday night would also secure Hamilton as the host for the Eastern Semi.

The Black and Gold are coming off a disappointing 31-12 loss to the rival Toronto Argonauts, one of Hamilton’s lowest scoring performances of the season. They did not manage a touchdown until a Dane Evans rushing score in the fourth quarter.

Fortunately for the Ticats offence, Don Jackson could be available to work his way back into the lineup as the Ticats get set to fight for the right to host a playoff game.

Jackson missed the game against Toronto after suffering an injury in Week 14 but has been listed as the team’s starting running back this week. In the few snaps Jackson has seen this season, he has proven to be one of the most effective ball carriers on the Tabbies roster.

Through Weeks 14 and 15, Jackson became the primary ball carrier for Hamilton and saw a total of 28 touches through that two-game span. He was able to rush for 200 yards and a touchdown, while adding 56 yards receiving on four receptions.

Jackson’s 100 yard per game and 7.1 yards per carry average marked among the best of any Hamilton running back this season. Should Jackson see targets against the Green and White, he will certainty make his impact felt.

The Black and Gold will also be looking to their defence to make their impact felt.

Hamilton has had one of the most impressive defensive units throughout the regular-season, creating significant pressure with the likes of Jovan Santos-Knox and Ja’Gared Davis, while Simoni Lawrence and Tunde Adeleke have helped lock up the back end.

Posting 68 tackles, four sacks, three interceptions and two touchdowns this season, Lawrence has been undeniably one of the best defensive players in the league through 2021. His team has recorded a league high 58 pass knock downs and have forced the second most interceptions with 15.

For the opposing Roughriders, their regular season story is all but written. They have secured second place in the West and will be hosting the Calgary Stampeders at Mosaic Stadium in the Western Semi-Final.

Cody Fajardo, William Powell and D’Haquille Williams have all been ruled out for Saskatchewan’s Week 16 battle with Hamilton, meaning that the younger players within the Riders will be given an opportunity to step up.

Isaac Harker will be taking over signal calling for the week in place of Fajardo. Harker, in his second season with the Green and White, saw limited action through the 2021 season. Having to fill in for Fajardo late in Week 6 against Winnipeg, Harker managed to complete 10 of his 13 passes for 89 yards, marking the only live game action the young pivot has seen through the regular season.

Since entering the league in 2019 Harker has completed 54 of his 74 passing attempts for 556 yards and has yet to throw a touchdown as a CFL quarterback.

Kickoff is slated for 4:00 p.m. ET and can be watched on TSN, RDS and ESPN+ or followed along on CFL.ca’s Game Tracker.