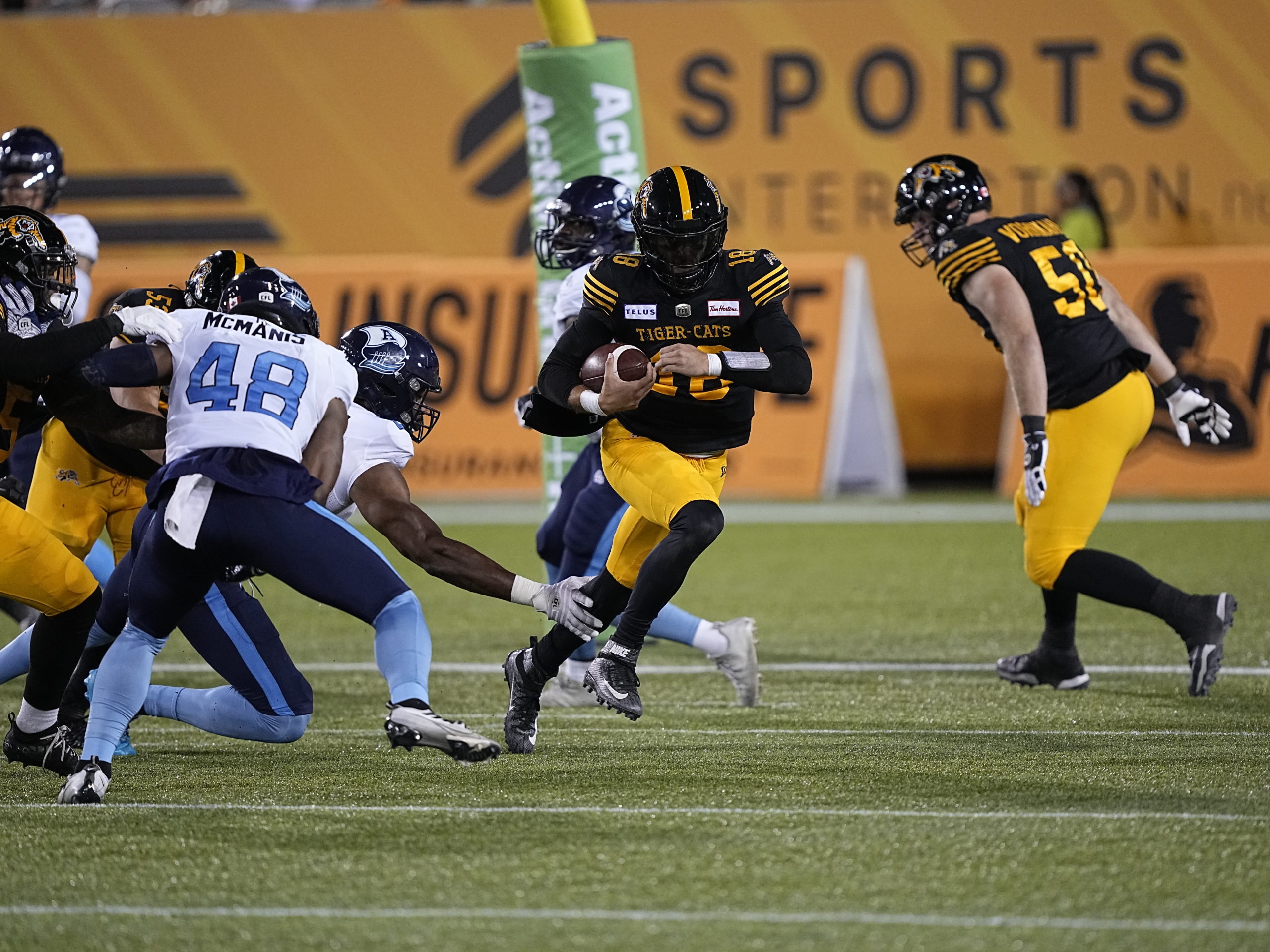 News
TICATS RIVALRY WITH ARGOS TO BE FEATURED IN UNINTERRUPTED CANADA DOCUMENTARY
August 18, 2022

UNINTERRUPTED Canada, the Canadian Football League and OK Tire announced Tuesday the production of RIVALRIES: The QEW Series, a documentary chronicling the history between the Hamilton Tiger-Cats and Toronto Argonauts, providing fans with behind-the-scenes access to the longest standing rivalry in pro football history.

“The Hamilton Tiger-Cats are thrilled to participate in a project led by a team as accomplished as UNINTERRUPTED Canada.” Said Matt Afinec, President & COO of the Hamilton Sports Group. “We cannot wait to bring our amazing fans unprecedented behind the scenes access to the most storied rivalry in Canadian sports culminating with the Labour Day Classic at Tim Hortons Field”

RIVALRIES: The QEW Series, will highlight Tiger-Cats linebacker Simoni Lawrence and his journey to becoming one of the most recognizable figures in Hamilton sports history. The documentary also shines a light on Ticats quarterback Dane Evans and his adjustment to fatherhood alongside his wife Nikki and newborn daughter Ivy. Evans also touches on his Wichita indigenous roots and the impact that has had on him and his family throughout his life.

The documentary also shows the importance of both teams to their respective markets and the contributions from both fanbases to keep rivalry going strong, nearly 75 years since the inception of the Labour Day Classic.