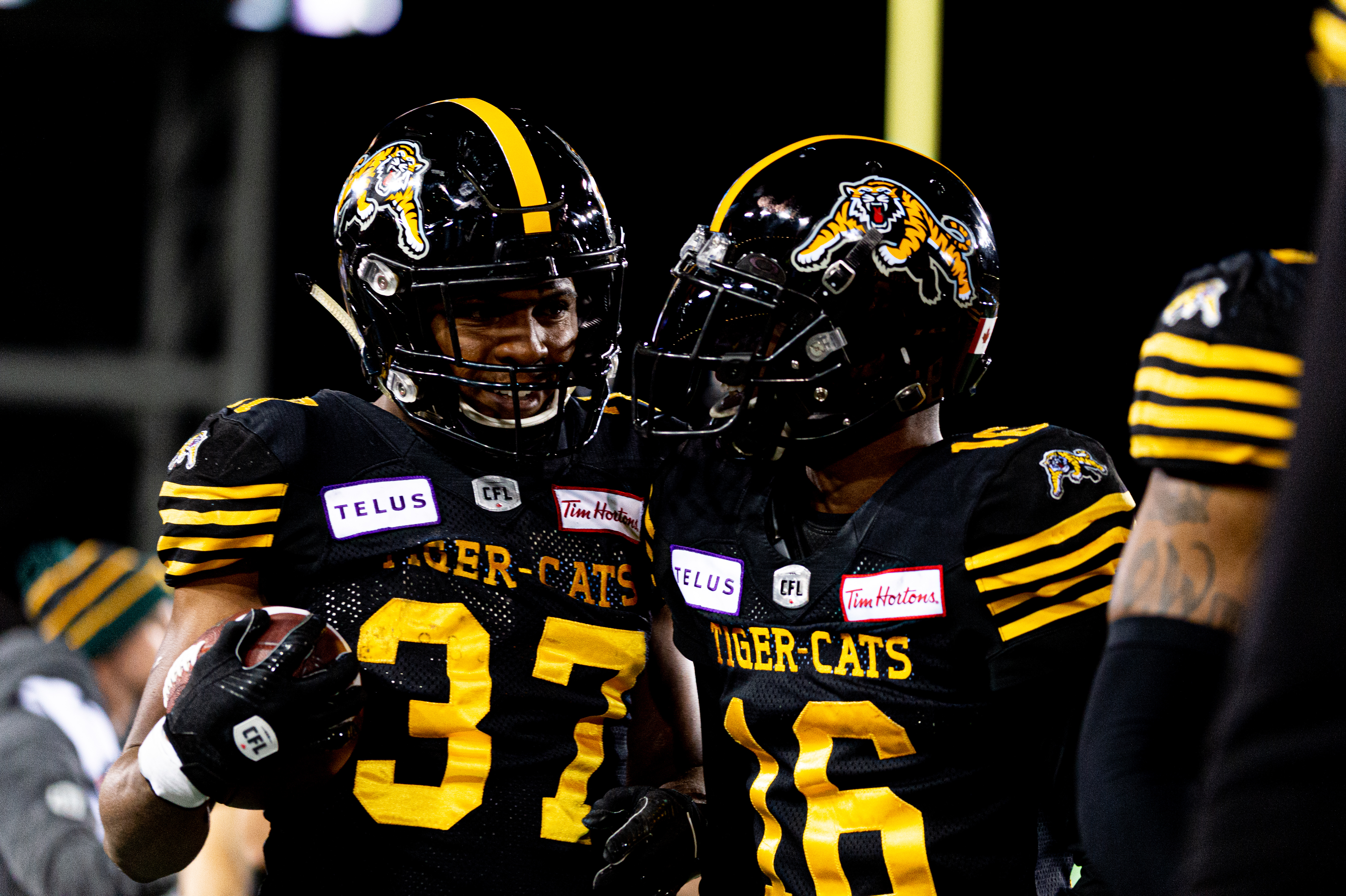 HAMILTON — Dane Evans threw a pair of touchdowns to help give the Hamilton Tiger-Cats a 42-12 home win over the Edmonton Eskimos on Friday night. The Tabbies remain perfect at home and now hold a 12-3 record. They will clinch first place in the East if the Montreal Alouettes lose to the Calgary Stampeders tomorrow.

The Ticats opened the game with an impressive nine-play, 70-yard scoring drive that ended with Brandon Banks’ ninth touchdown catch of the season. Both teams traded field goals before Hamilton reached the end zone again in the second quarter on a 14-yard touchdown pass from Evans to Jaelon Acklin. The Ticats successfully added a two-point conversion after both touchdowns, giving them a 19-3 lead heading into the second half.

Hamilton’s defence erupted with five sacks and three interceptions, including a pick six from Richard Leonard to help seal the victory in the fourth quarter. 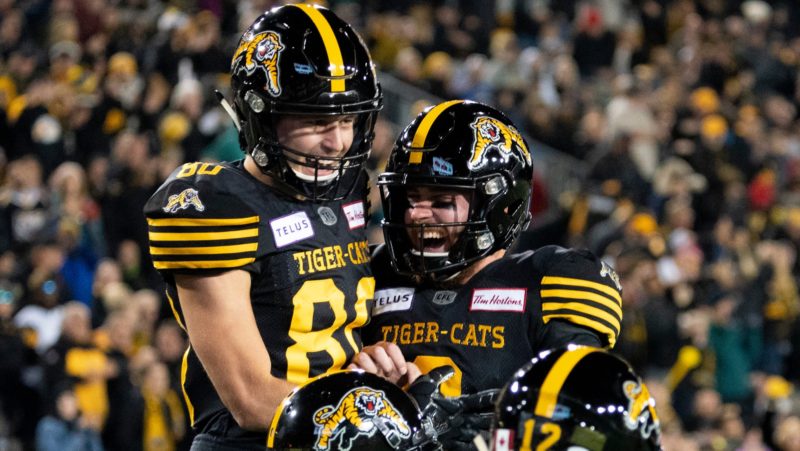 Tyrell Sutton gave the Ticats instant momentum on their opening drive by breaking off a 13-yard run on the first play from scrimmage. The Ticats kept the drive moving on third-and-inches with a nine-yard run from backup quarterback David Watford, and Sutton followed it up a play later with a 12-yard catch-and-run.

Bralon Addison caught a 12-yard pass to bring the ball into scoring position, and Evans capped off the impressive opening drive with a five-yard touchdown pass to Brandon Banks. Evans completed the ensuing two-point conversion pass to receiver Marcus Tucker to give Hamilton an early 8-0 lead.

The Esks responded with a solid drive of their own, as Gable drove the offence down the field with a 29-yard catch-and-run and a handful of tough runs up the middle. But the Ticats’ defence held strong near their own end zone and forced Logan Kilgore to step out of bounds as he attempted to move the chains with his legs on second down.

Edmonton settled for a nine-yard field goal from Sean Whyte to cut into Hamilton’s lead.

Hamilton extend their lead in the second quarter with a 31-yard field goal from Lirim Hajrullahu, and the defence came up with a turnover when defensive back Richard Leonard picked off a deep pass from Kilgore that was intended for DaVaris Daniels.

Edmonton’s defence prevented Hamilton from converting the turnover into points, but the Tabbies managed to find the end zone on their next drive. A 30-yard punt return from Frankie Williams and a 12-yard run from Addison set up Evans’ second touchdown pass of the half.

Evans threw a 14-yard touchdown strike to Acklin, and he followed it up by completing the two-point conversion pass to Addison to put Hamilton up 19-3 heading into the third quarter.

Gable started moving the Esks down the field again with a 15-yard catch-and-run to start the second half, but a costly roughness penalty against fullback Calvin McCarty forced Edmonton to settle for a 31-yard field goal from Whyte.  The Esks were dealt a major loss when Gable left the game with an injury after the drive.

Hamilton began to regain momentum on the following drive when Evans connected on a deep 47-yard pass to receiver Mike Jones, but Larry Dean recorded an eight-yard sack for the Esks two plays later to force a punt.

But Edmonton was unable to generate a spark against a stingy Ticats defence, and Hajrullahu added another field goal for Hamilton to extend the lead to 16 points. The Ticats then forced another two-and-out on defence to help set up a 33-yard field goal from Hajrullahu as time expired in the third quarter.

A big 28-yard run by backup running back Alex Taylor gave the Esks a needed spark. The play led to a nine-yard touchdown pass from Kilgore to Natey Adjei two plays later, but the ensuing two-point conversion attempt fell short when Delvin Breaux picked off Kilgore, leaving the score at 25-12.

Hamilton responded once again and extended the lead with an eight-play, 56-yard drive that saw back-to-back big runs from Sutton set up a two-yard rushing touchdown from Watford. The two-point conversion fell short, but the Ticats’ defence kept momentum on Hamilton’s side when Leonard notched his second interception.

Leonard picked off Kilgore and returned the ball 19 yards for the pick six, and Evans completed the ensuing two-point conversion pass to Addison to put Hamilton up 39-12.

Week 18 will see the Edmonton Eskimos host the BC Lions next Saturday at 7:00 p.m. EDT., while the Hamilton Tiger-Cats will get a week to rest before hosting the Ottawa REDBLACKS in Week 19.