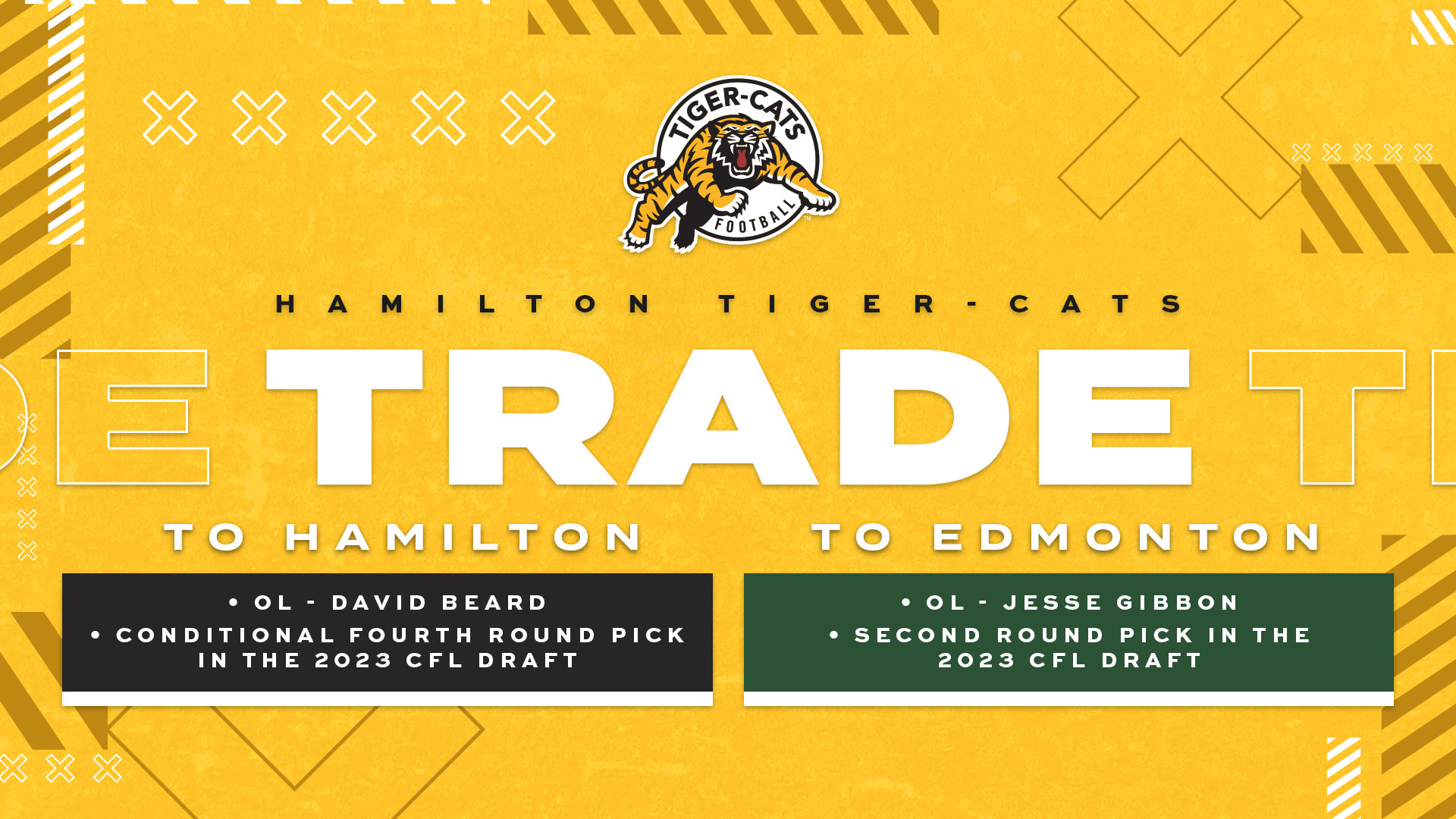 Beard, 29, has played 94 games over seven seasons in Edmonton (2015-22), including 10 starts this season at centre. The 6’5, 320-pound native of Sherwood Park, Alberta was unanimously voted the team’s most outstanding offensive lineman in 2019 and was originally selected by Edmonton in the second-round, 16th overall in the 2015 CFL Draft out of the University of Alberta.