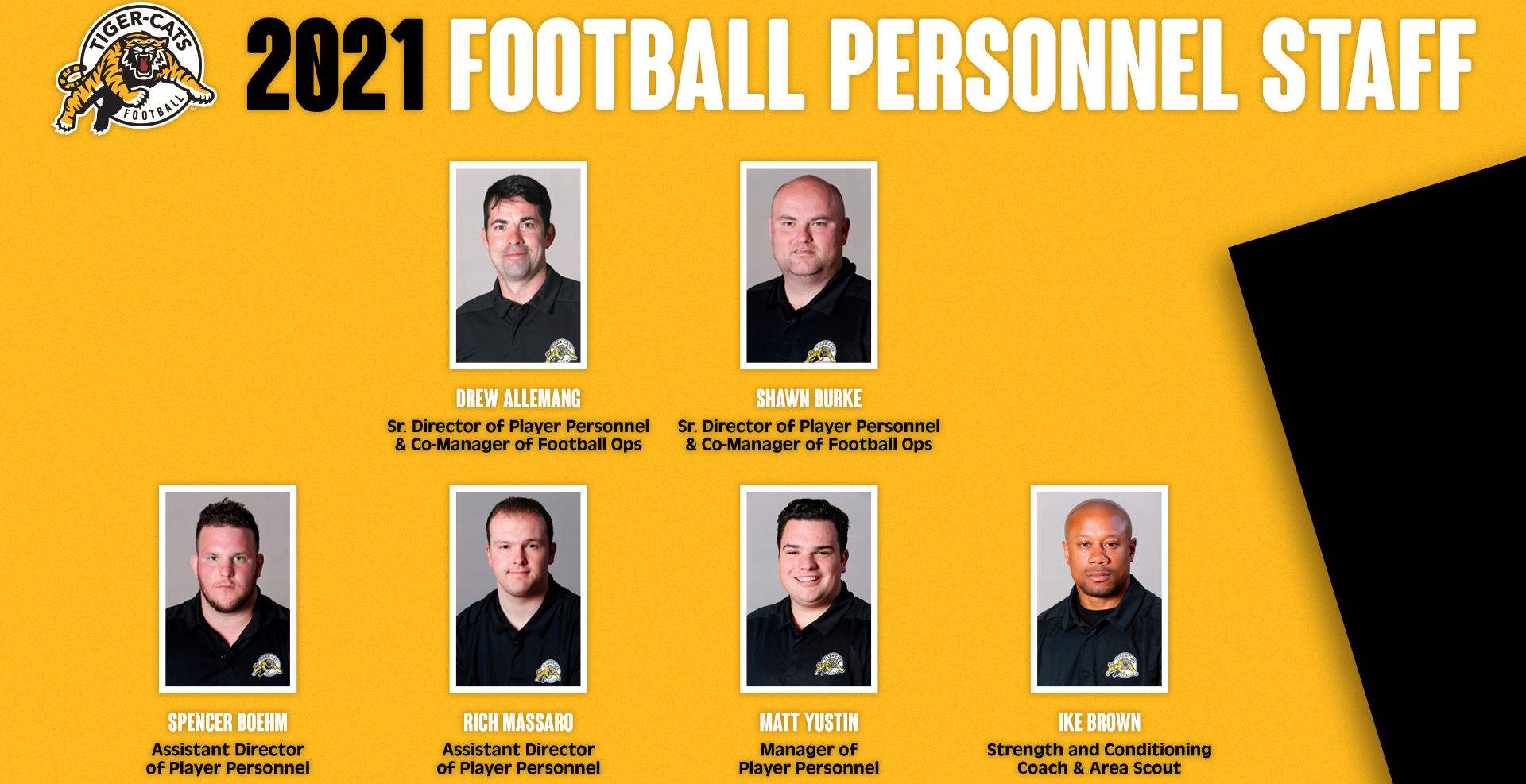 The Hamilton Tiger-Cats announced Thursday the team’s football personnel staff for the 2021 Canadian Football League season, led by Sr. Directors of Player Personnel and Co-Managers of Football Operations Drew Allemang and Shawn Burke, who were extended by the club last December.

Spencer Boehm and Rich Massaro have been elevated to Assistant Directors of Player Personnel after previously serving as Manager of Canadian Scouting and U.S. Regional Scout, and Manager of U.S. Scouting, respectively. Matt Yustin’s new role will be Manager of Player Personnel after spending last year as a U.S. Regional Scout, and Ike Brown will continue to serve as the team’s Strength and Conditioning Coach while adding area scouting duties to his role in 2021.

“Over the last 18 months, the professionalism and ability to adapt to these uncertain times displayed by our entire staff has been remarkable,” said Allemang. “We would like to congratulate Spencer, Rich, Matt and Ike on these well-earned promotions and look forward to their continued growth here in Hamilton.”

“Whether it is on the football field or in the front office, our organization has always believed in developing talent from within,” said Burke. “All four of these individuals have honed their skills here with the Tiger-Cats over an extended period of time and have earned these opportunities. We look forward to seeing them take the next steps in their careers.”