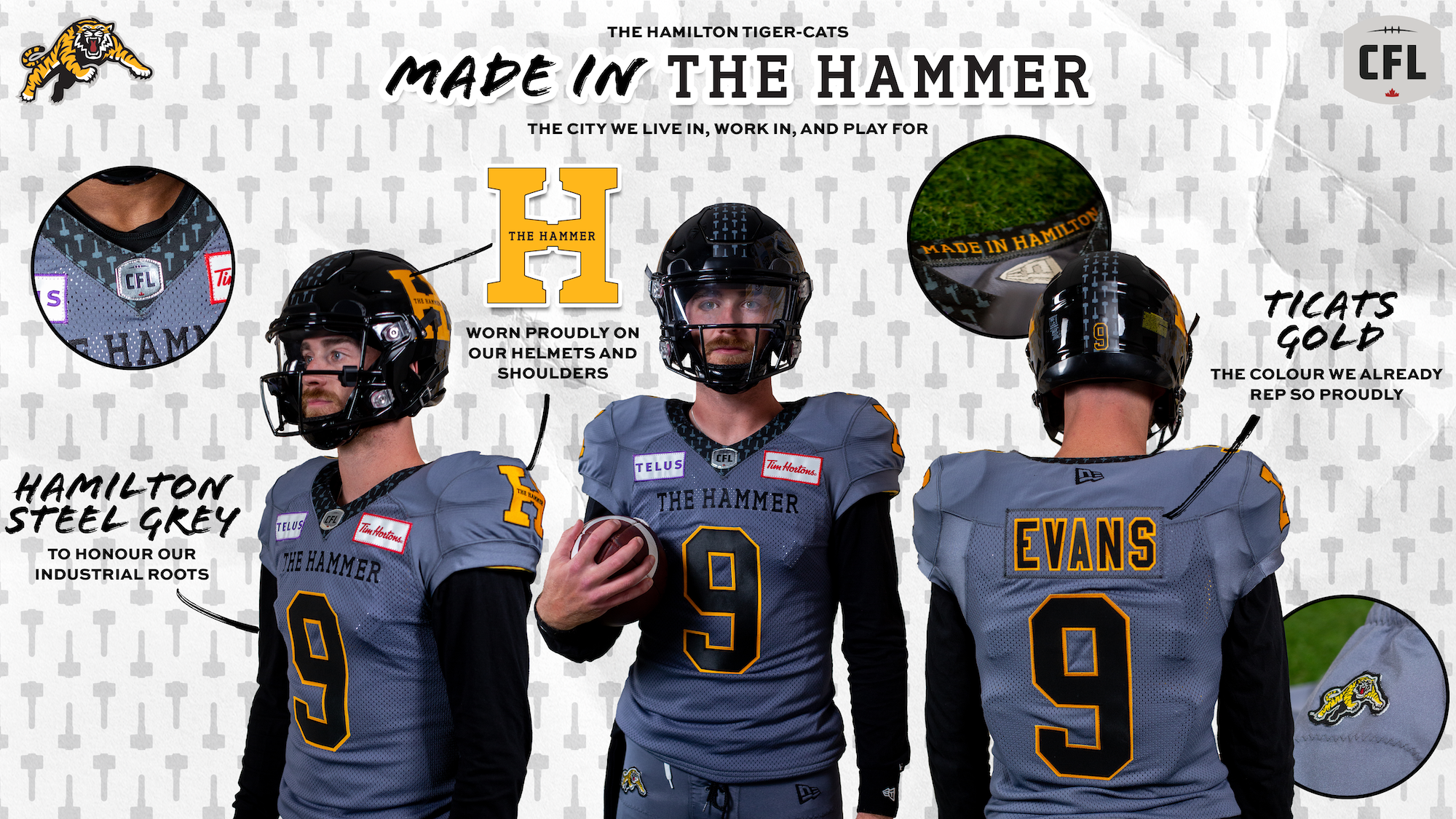 The Hamilton Tiger-Cats announced Thursday, the launch of its alternate brand, highlighted by the Made in The Hammer third uniform. The announcement of the brand today, June 9th, coincides with the City of Hamilton’s 176th Birthday.

“Our franchise has a rich and storied history in the city and we’ve been proud to call Hamilton home for 153 years.” Said Matt Afinec, President & COO of Hamilton Sports Group. “The inspiration for “Made in the Hammer” is to celebrate the indelible link between Hamilton, the Tiger-Cats and the amazing fans of this team who call this city home and still consider this city home, even if they live abroad.”

Fans can expect to see the alternate brand not just on the field but throughout all elements of the game week experience, including social media graphics in the days leading up to the game, game day production, in the Ticats Shop with a variety of product types and, of course, on the field with the players wearing the Made in The Hammer uniform. The alternate brand will make its debut leading up to the Tiger-Cats’ Canada Day game July 1, culminating in the Ticats wearing the new uniform when they take on the Edmonton Elks at Tim Hortons Field.

A NEW SPIN ON A CLASSIC LOGO

MADE IN THE HAMMER UNIFORM 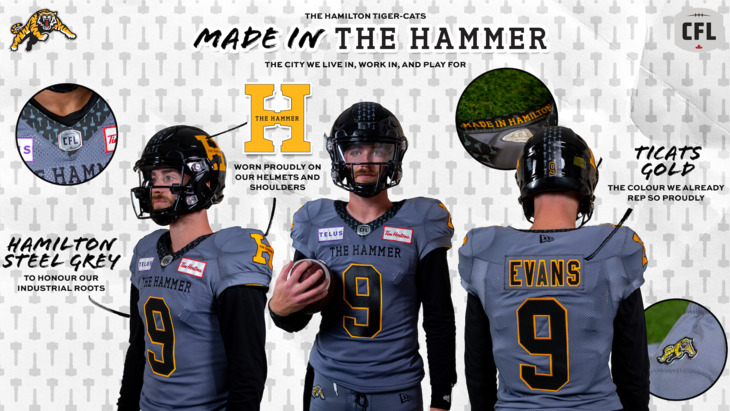 To view the full brand story, including photos and videos visit ticats.ca/madeinthehammer

Two games for the Made in The Hammer uniform have already been confirmed. Tickets for each game are available now.

GET YOUR ALTERNATE APPAREL NOW!