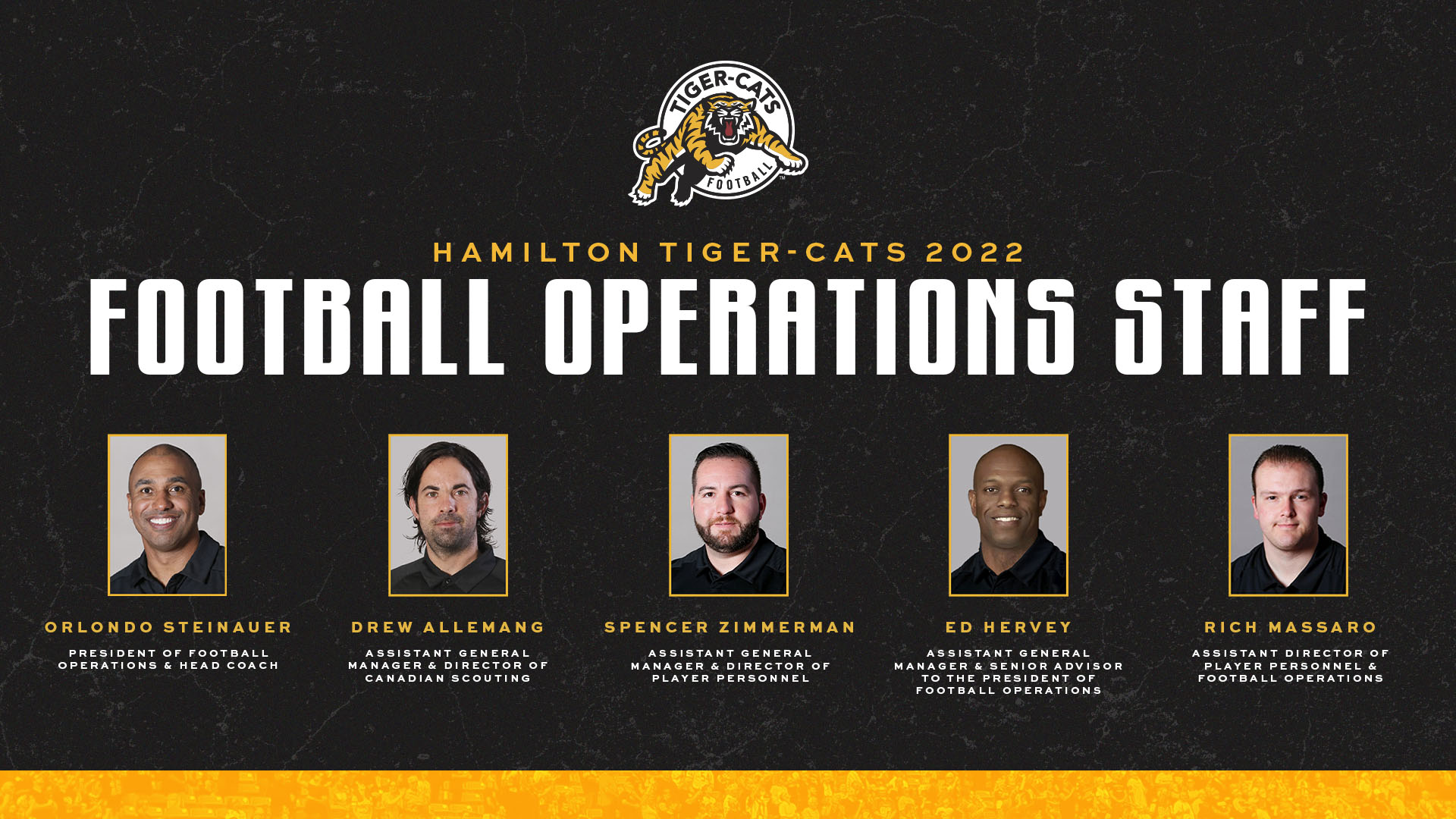 “From the day Orlondo Steinauer joined the Tiger-Cats as a coach in 2013, he’s had a dramatic impact on the organization. In his 7 years with us, we’ve had 7 straight home playoff games, 6 East Division Finals and 4 Grey Cup appearances.” Said Hamilton Tiger-Cats CEO Scott Mitchell “While that success speaks for itself, it’s off the field where Orlondo has made his biggest contribution to the Tiger-Cats.”

“Orlondo is a special person, with a wonderful family and has established a winning and meaningful culture that ensures our players, coaches, staff and fans feel valued and appreciated. Orlondo and I have spoken for years about an expanded role and Bob Young and I are thrilled that he has accepted this new role and responsibility and know he will do a tremendous job”.

Drew Allemang has also been promoted to Assistant General Manager & Director of Canadian Scouting while Ed Hervey has joined the organization as Assistant General Manager & Senior Advisor to the President of Football Operations, and Spencer Zimmerman has re-joined the organization as Assistant General Manager & Director of Player Personnel.
“My first task was to find the right people to join our team. Great people who aspire to be creative, innovative, collaborative, and united through challenges.” Said Steinauer. “In Drew, Ed, and Spencer we have that and more. Along with championship pedigrees, they are all extremely talented and hard-working people with proven track records of securing talent. I couldn’t be more pleased to work alongside this competitive group.” 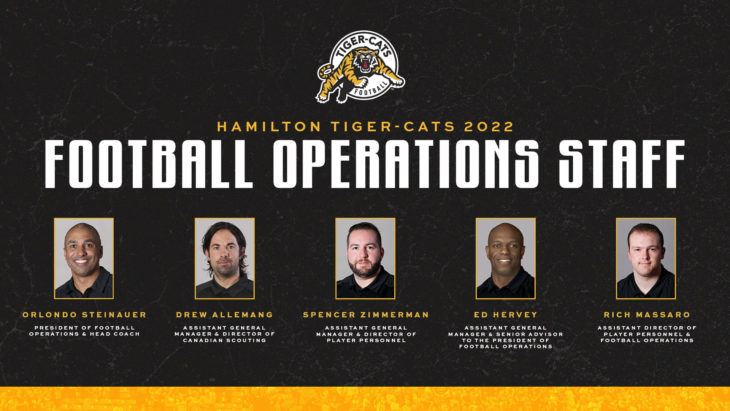