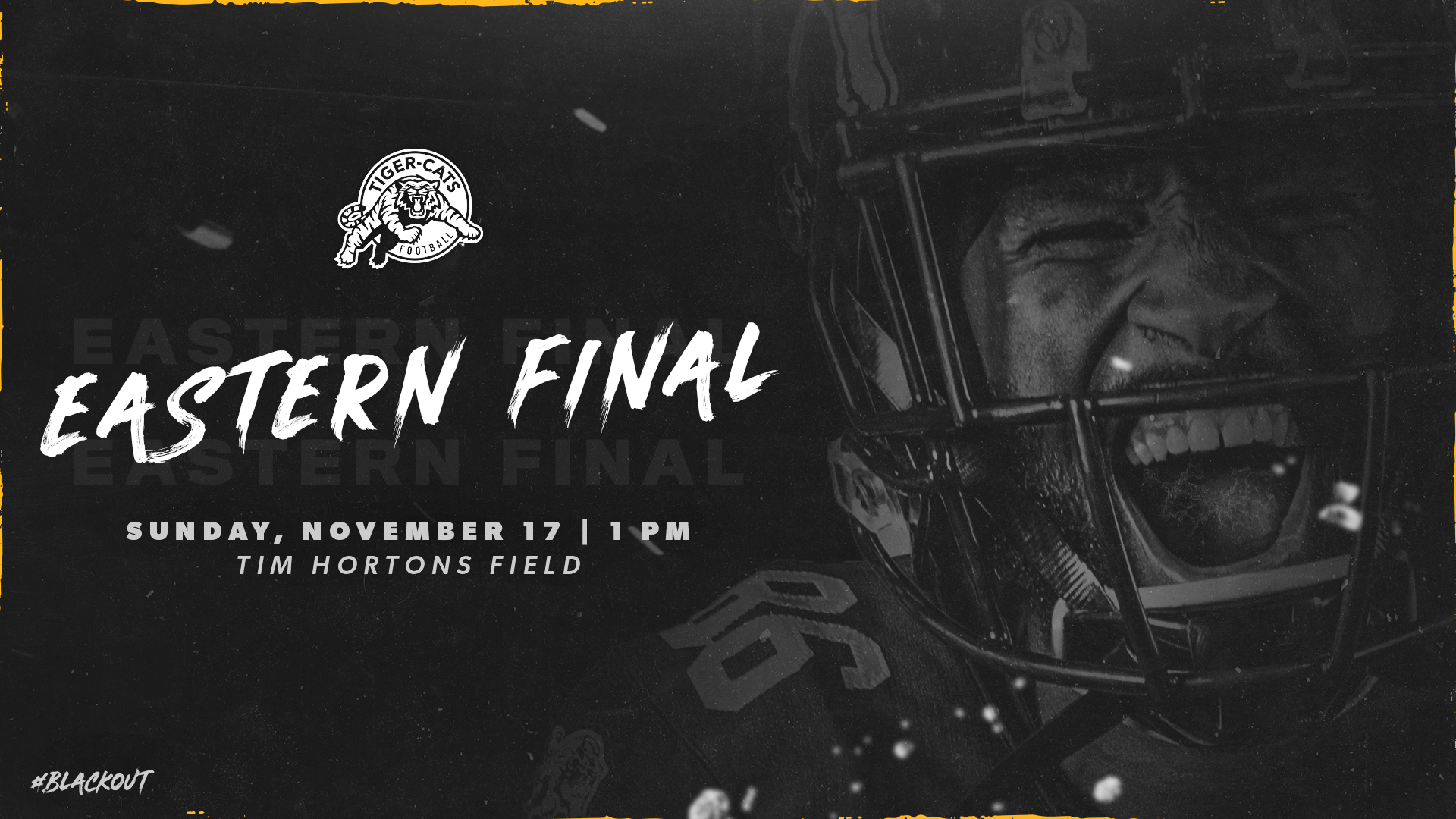 The Hamilton Tiger-Cats officially clinched first place in the Canadian Football League’s East Division Saturday after the Montreal Alouettes’ 35-24 road loss to the Winnipeg Blue Bombers. The Ticats have now earned a bye into the Eastern Final and will host the game at Tim Hortons Field on Sunday, November 17 at 1 p.m.

The 2019 Eastern Final at Tim Hortons Field will mark the sixth time in the last seven seasons (2013-2019) the Tiger-Cats have hosted a playoff game. Hamilton will host the Eastern Final for the first time since 2014 and only the third time since 1998.

Tiger-Cats season seat holders can purchase additional playoff tickets at their exclusive rate next week. More details to come Tuesday morning. Tickets for the Eastern Final and for the Tiger-Cats remaining two 2019 home games are on sale now at ticats.ca/tickets/.

Join the Tiger-Cats Season Seat Priority list for the 2020 season and receive up to 25% off your 2021 Grey Cup tickets! Visit Ticats.ca/greycup for more details, and visit Ticats.ca/priority-list to get front-of-the-line-access for next year’s season seats!