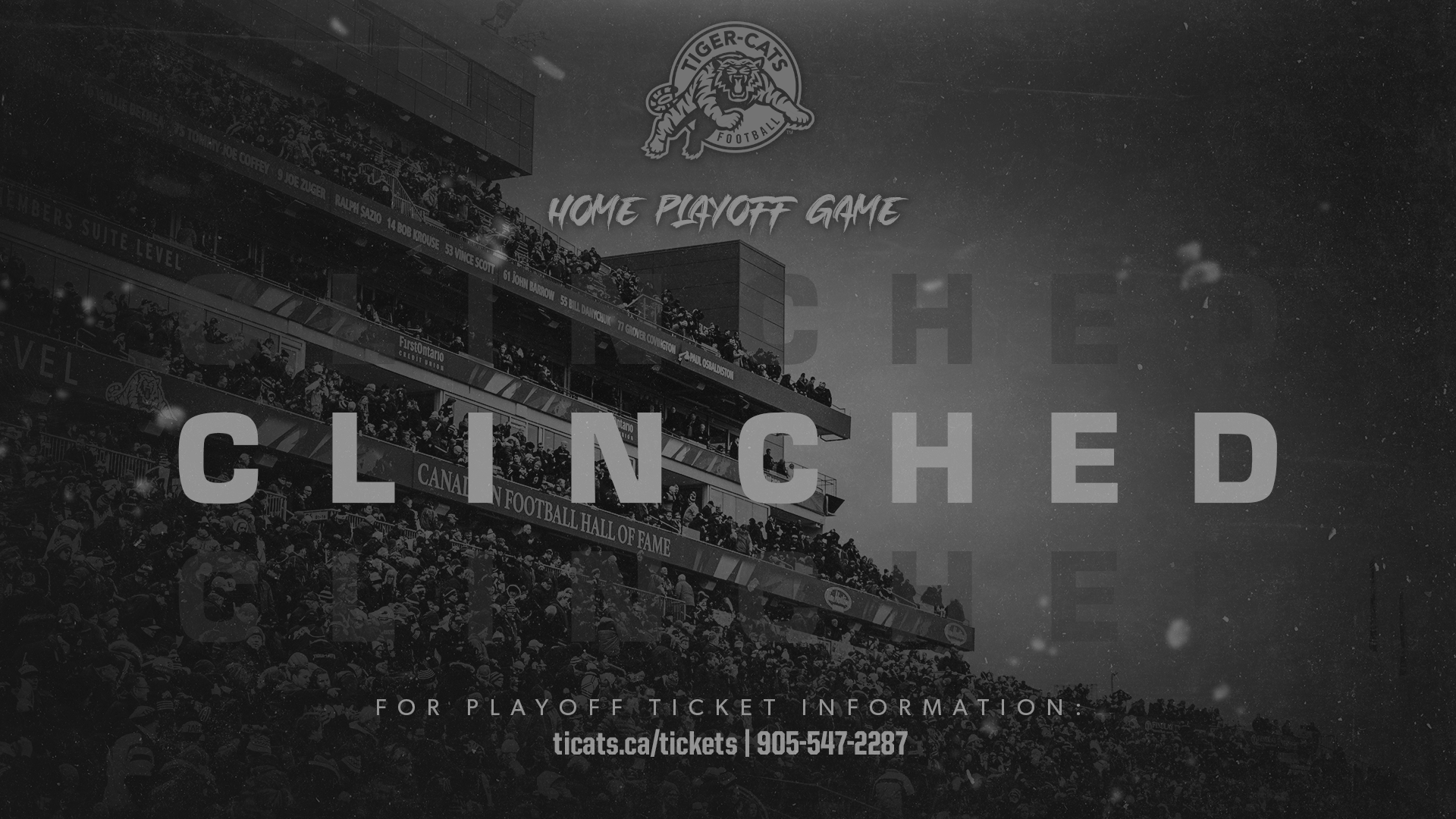 The Hamilton Tiger-Cats officially clinched both a spot in the 107th Grey Cup Playoffs and a home playoff game Friday after a 30-27 road win over the Edmonton Eskimos at The Brick Field Commonwealth Stadium. The Tiger-Cats will now host a playoff game in Hamilton for the sixth time in the last seven seasons (2013 to 2019).