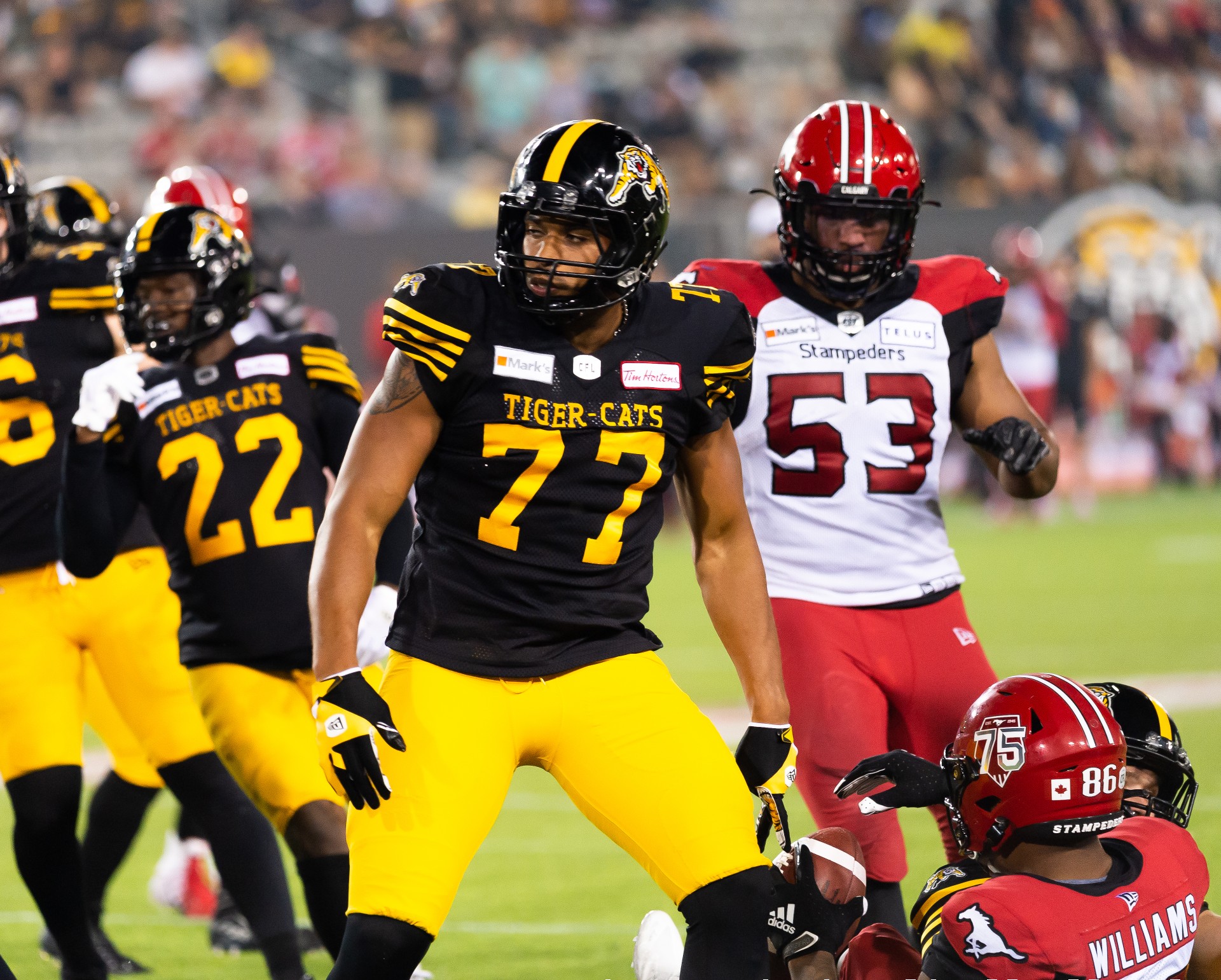 The product of McGill University has suited up in 20 career games over two seasons (2019, 21) with the Tiger-Cats, registering five special teams and one recovered fumble. He was originally selected by Hamilton in the first round, first overall in the 2019 Canadian Football League European Draft.

Izinyon, 28, dressed in one regular season game for the Tiger-Cats in 2021. The 6-1, 240-pound native of Surrey, England, was originally selected by Hamilton in the third round, 26th overall in the 2021 CFL Global Draft. Izinyon previously played for various European clubs including the Tychy Falcons (Poland), the Rostock Griffins (Germany), the Hameenlinna Huskies (Finland), the London Warriors (England) and the University of Surrey Stingers (England). 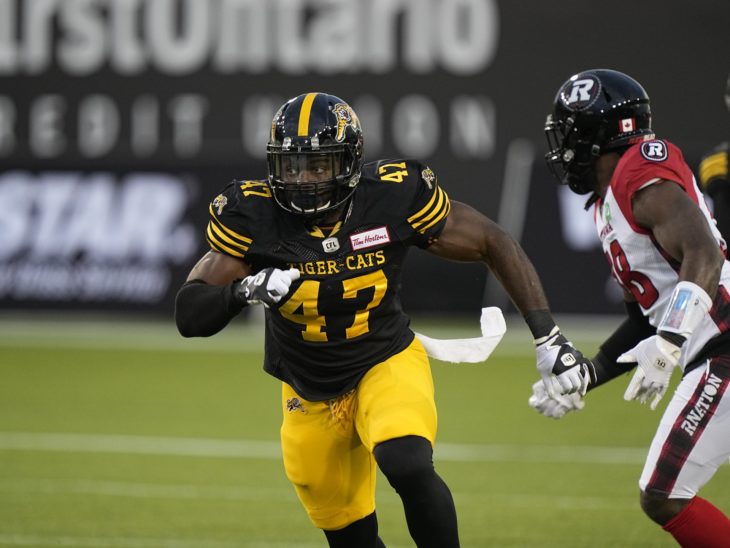