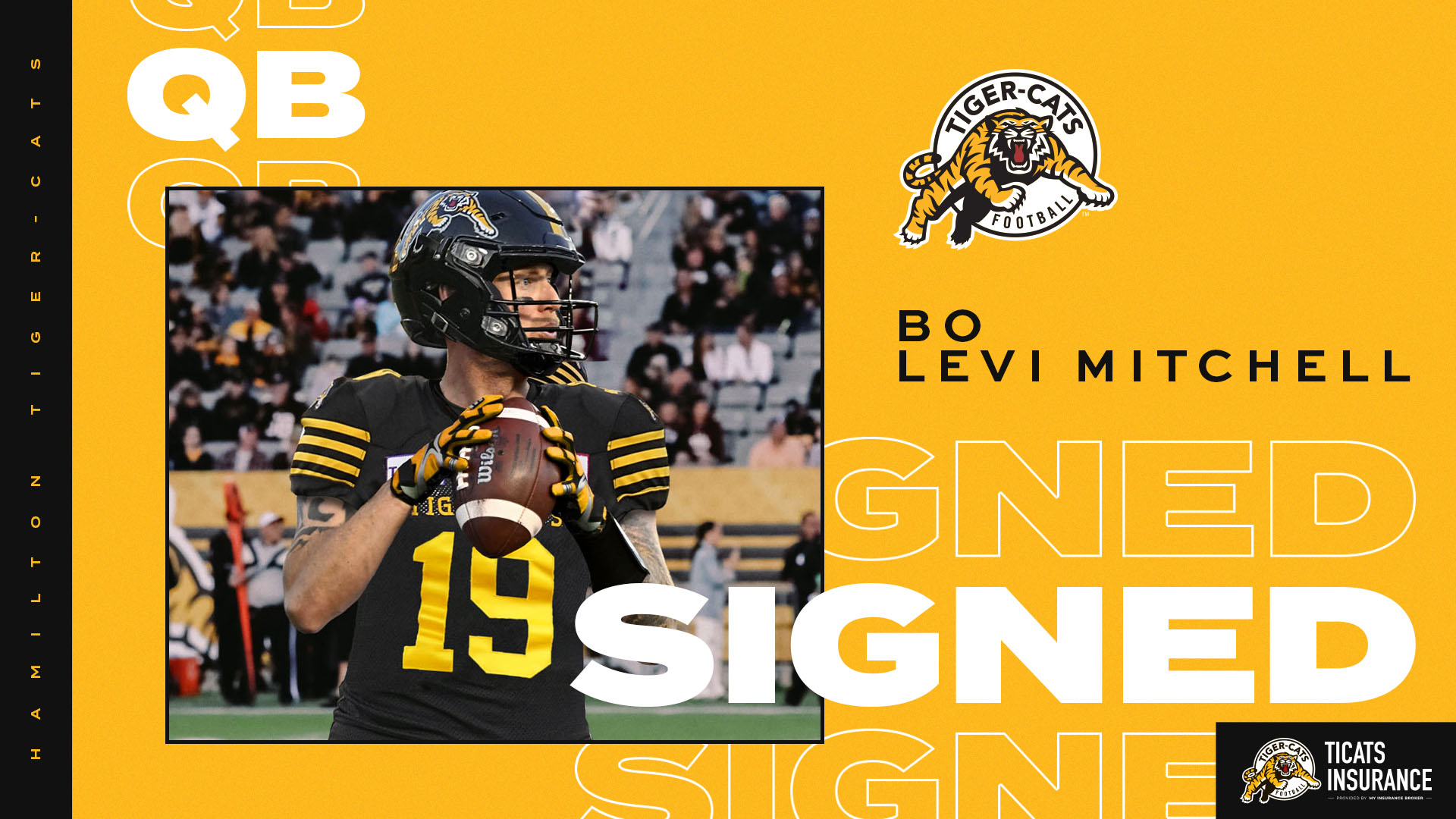 President of Football Operations & Head Coach Orlondo Steinauer and Bo Levi Mitchell will address the media at 2 p.m. ET in a livestreamed press conference  CLICK HERE to view the livestream.

“Bo Levi has an incredible record of achievements in the Canadian Football League and is a proven champion.” Said Orlondo Steinauer, President of Football Operations & Head Coach of the Hamilton Tiger-Cats.  “Throughout the process, it became clear that Bo, both as a person and as a player, would be an excellent fit for our organization and we are excited to welcome Bo Levi, Madison, and their two children to the city of Hamilton and the Hamilton Tiger-Cats Football Club.”

“I am excited and honoured for the opportunity to help deliver a championship to the incredible fans in Hamilton” Said Mitchell. “This is an excellent organization that goes above and beyond to ensure that everyone has what they need to be successful and I have the utmost faith in Coach O, his staff and all the elite players on the roster. I look forward to earning my place in the locker room and being a part of something that I believe can be very special. I can’t wait to get to work.”

The Tiger-Cats originally acquired Mitchell’s exclusive negotiating rights from Calgary in November and as a result of him signing with Hamilton, the previously agreed upon trade with Calgary is now:

*Note Hamilton’s fifth-round pick in 2024 is no longer included in the trade.