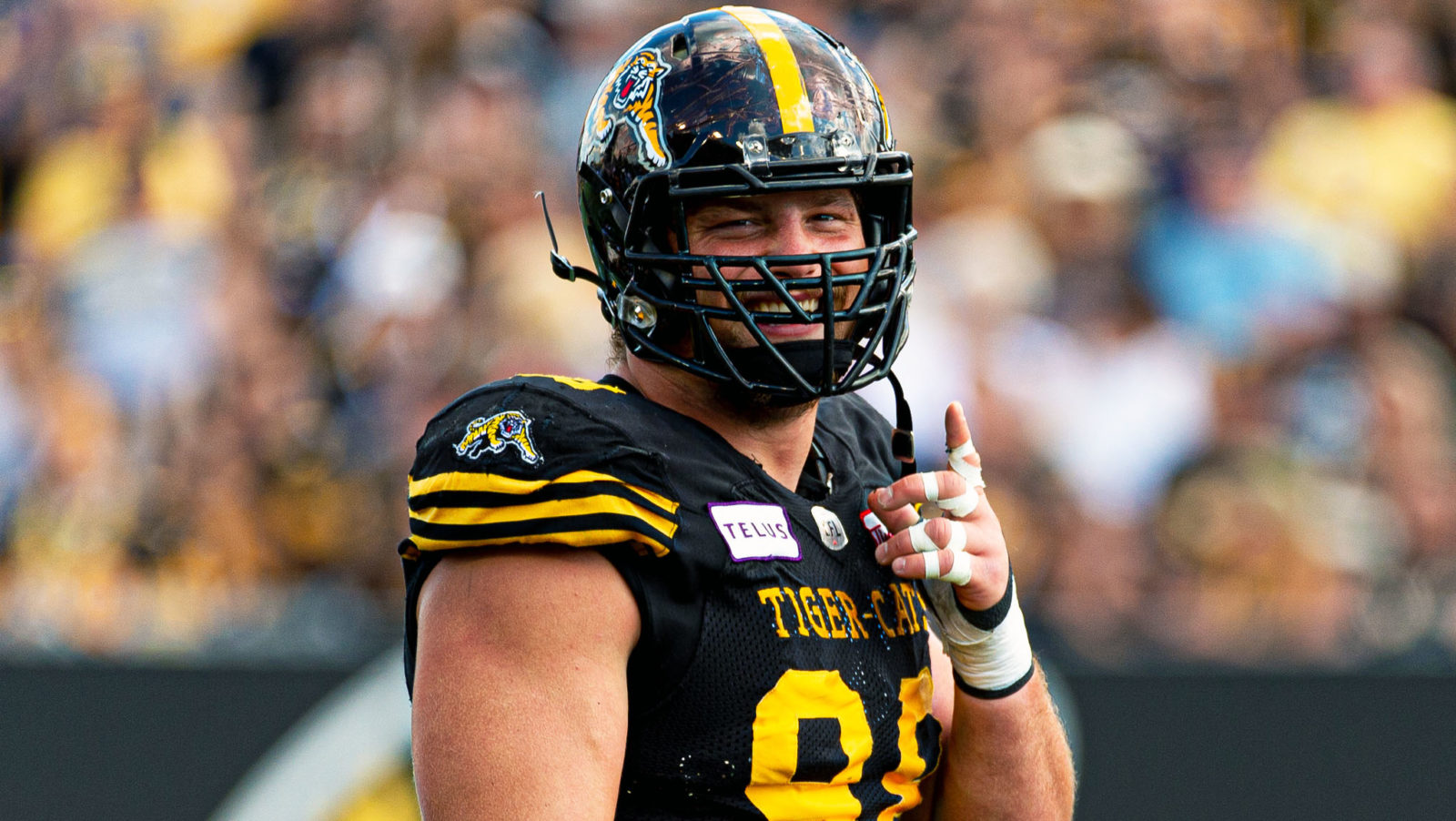 Dylan Wynn would love to do nothing more than to get back out on the field and hit people — something he’s been very good at doing over the course of his three-year career north of the border.

“I’ve stayed ready so I don’t have to get ready,” Wynn said with a chuckle. “Whenever they tell me to get back on the field and tell me to go and get that quarterback, that’s what they pay me to do and that’s what I’m going to do.”

After joining the Hamilton Tiger-Cats last season, the 27-year-old quickly become one of the scariest pass-rushers that the league has to offer, and everyone will have their eyes firmly locked on No. 98 and Black and Gold to see what his next act will look like following a career-best 2019 campaign. 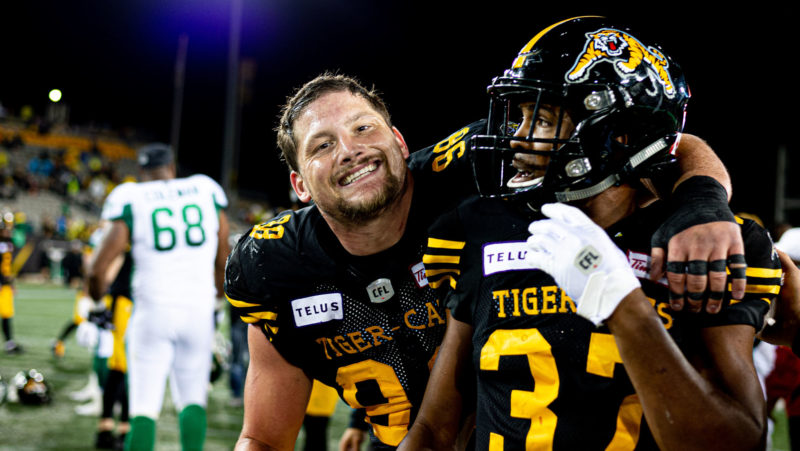 Wynn returned to the CFL ahead of the 2019 season after a brief stint with the Arizona Hotshots of the now-defunct AAF. He had a proven track record already north of the border, having already played a pair of years with the Toronto Argonauts while taking home a grey cup with the Double Blue in 2017.

When he was surveying options for his next team, he admitted that he hadn’t originally considered Hamilton because of the rivalry with Toronto, but after a conversation with Justin Tuggle, he started looking into the Tabbies.

“I had conversations with Coach O, Mark Washington and Randy Melvin and I got a really good feeling from them,” Wynn said. “I felt like they really stood behind what they said and they had an excellent vision that I really resonated with.

“I gave it a shot and went to Hamilton and I couldn’t have asked it to go any better.”

Wynn was a part of one of the scariest defensive lines in the league in 2019 alongside Ja’Gared Davis, Ted Laurent and Julian Howsare.

On the field, the Ticats’ record spoke for itself. They finished a league-best 15-3 along with a spotless 9-0 record at Tim Hortons Field last season, earning them the bye into the Eastern Final.

Wynn had a career-best year, finishing the year with 44 tackles and 11 sacks. He was named an East Division All-Star for the second time in his career and earned his first CFL All-Star honours as a result of his stellar on-field performance.

“I was saying it the whole year. Our entire D-line were ballers,” Wynn said. “There are only so many offensive linemen and you have to bring in extra guys to block us. We had a disgustingly deep core.”

While the team seemed like they were in cruise control for the majority of the season, Wynn guarantees that was far from how the team felt. They were working every day to be better. There was no headline reading; the Tabbies were just hellbent on running over every team that was in front of them during a given week.

They made quick work of the Edmonton Football Team in the Eastern Final and moved onto the 107th Grey Cup presented by Shaw, where they squared off with the Winnipeg Blue Bombers.

By now, we all know the outcome. A standout defensive effort bookmarked a 33-12 win for the Bombers, snapping their championship drought while continuing Hamilton’s in the process.

“Going into that week, I for sure thought that we were going to win the Grey Cup,” Wynn said. “We were steamrolling and we had just come off an amazing game against Edmonton. We were ripping and ready to go but kudos to Winnipeg. They came out and they balled. Willie Jefferson and that defensive line put on a clinic. We have one of if not the best (offensive) line in the league, and the fact that they were able to really get at us like that, they earned that Grey Cup.

“… I don’t like to linger. Your mood is determined by the quality of your thoughts, and if you linger on the negative for too long, it bogs you down. For sure it hurt and it was a heartbreaker and I was devastated for a little while for sure. But it’s a growth experience. You have to go backwards to go forwards sometimes and I think that minor setbacks set up for major comebacks. I learned how to respond in a situation that I’ve never been in before and I think that’s helped me grow both as a player and a person.”

Once the season was over, Wynn had to go through the process of free agency all over again. He and his team used the new negotiating window in order to gauge interest with teams and feel out who would be the best fit. But in the end, it all came back to Hamilton and the culture that Wynn knew existed in the Ticats’ locker room.

“You don’t get that kind of chemistry in every team

With a new contract in tow, Wynn was also named the 2019 Celly King after his gyrating sack celebration became a fan favourite around the league. He had originally broken out the celebration after a long hiatus due to injury while still with the Argonauts.

“When you have that much time (alone) and the team was on the Western road trip, you have a lot of time to soak everything in, and I just thought, ‘Eh, I might as well think of something,’” Wynn said. “Don’t get me wrong, that celebration has taken off on its own and people love it, but I might have to revisit the idea.

“… But then again, after a sack, you hear the crowd and everything goes crazy, sometimes you just can’t control yourself.”

As for the 2020 season, Wynn hasn’t put too much thought into whether or not he’ll be adding to his repertoire of moves. He’ll leave that til he’s back on the field.

“I won’t think about it until I get that sack,” Wynn joked. “If good ol’ faithful comes through, then that’s what I’m doing. If something else comes up, then that’s that.” 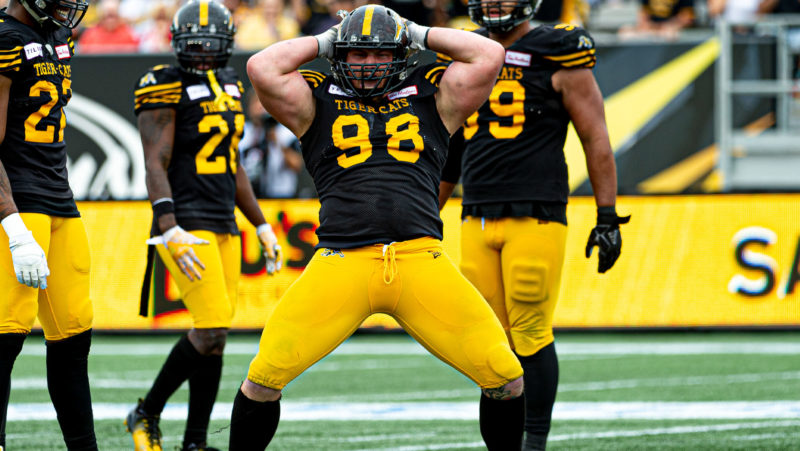 During his extended period away from the football field, Wynn has been doing his best to keep busy. He’s set up a gym in his garage in order to work out and has also started growing plants.

“I have a way better garden than (Mike) Filer,” Wynn said with a chuckle. “I have the best garden in the league, for sure.”

On top of those activities and getting ready for a possible 2020 campaign, he’s also become a first-time father. Wynn and his wife, Kathleen, welcomed a baby girl, Charlee, into the world on July 6.

Sleep has become a little harder to come by for the Wynn’s these days.

“I’m getting my eight and a half, it’s just not all at once,” Wynn said. “My wife is a beast; she’s just killing it. It’s been both of us trying to make each other sleep more.”

They’ve been doing shifts of sorts with one napping while the other spends time with Charlee. It was Wynn’s turn on Monday, and while spending time with his baby girl, he was able to catch up on “The Last Dance.” Not a bad way to start the week off.

While he waits to see what the status of the 2020 season will be, the ultimate goal is, of course, to run it back and try to bring Hamilton its first Grey Cup since 1999. However, he knows better than anyone now that there are more important things than football, especially in times like this.

“Football is my therapy. It’s rough and it’s not easy for anybody,” Wynn said. “I’m definitely itching to put those pads back on and hit people. I’ve been doing this since first grade and these are weird times. This is the first time I’ve been home for a lot of stuff. My birthday, Fourth of July and Canada Day.

“But you know blessings come in disguise. I get to be with my little girl and I’m not sure how we would’ve done this if (the season was underway). We would’ve needed a lot of in-law help for sure. It’s sad and it sucks that we don’t have ball, but I tend to look at the silver lining because it doesn’t help to look at the negative. It just bogs you down.

“When we get to play, I’ll be excited to get back. But until then, I’m just going to work to be the best player, the best father and the best husband I can be.” 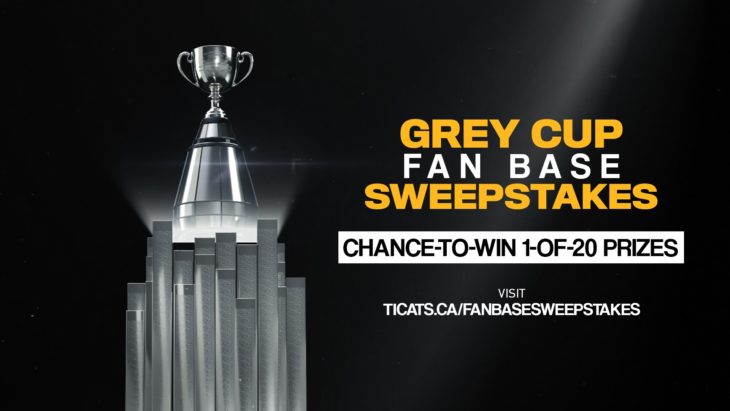 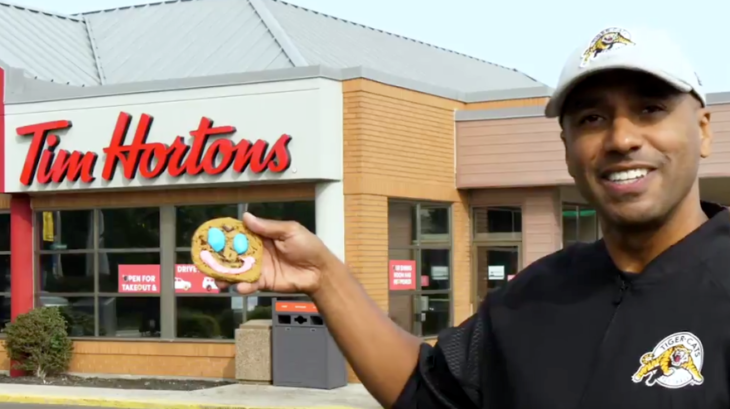 News
Fan Base Stories - The Lamers Family
4 days ago 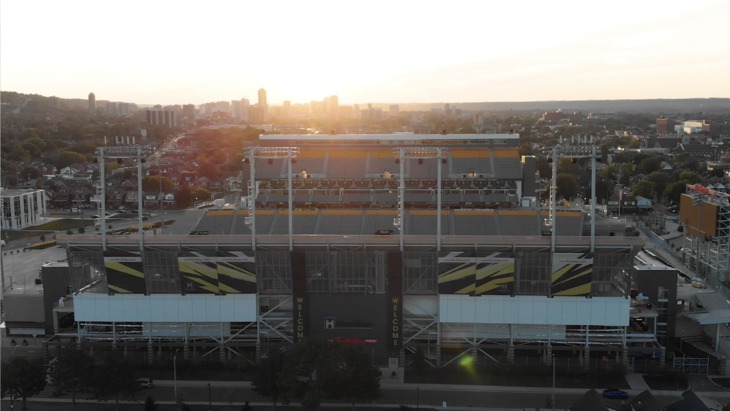 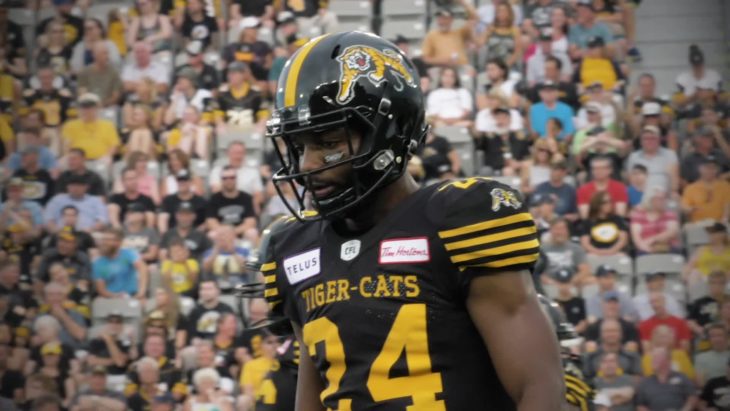