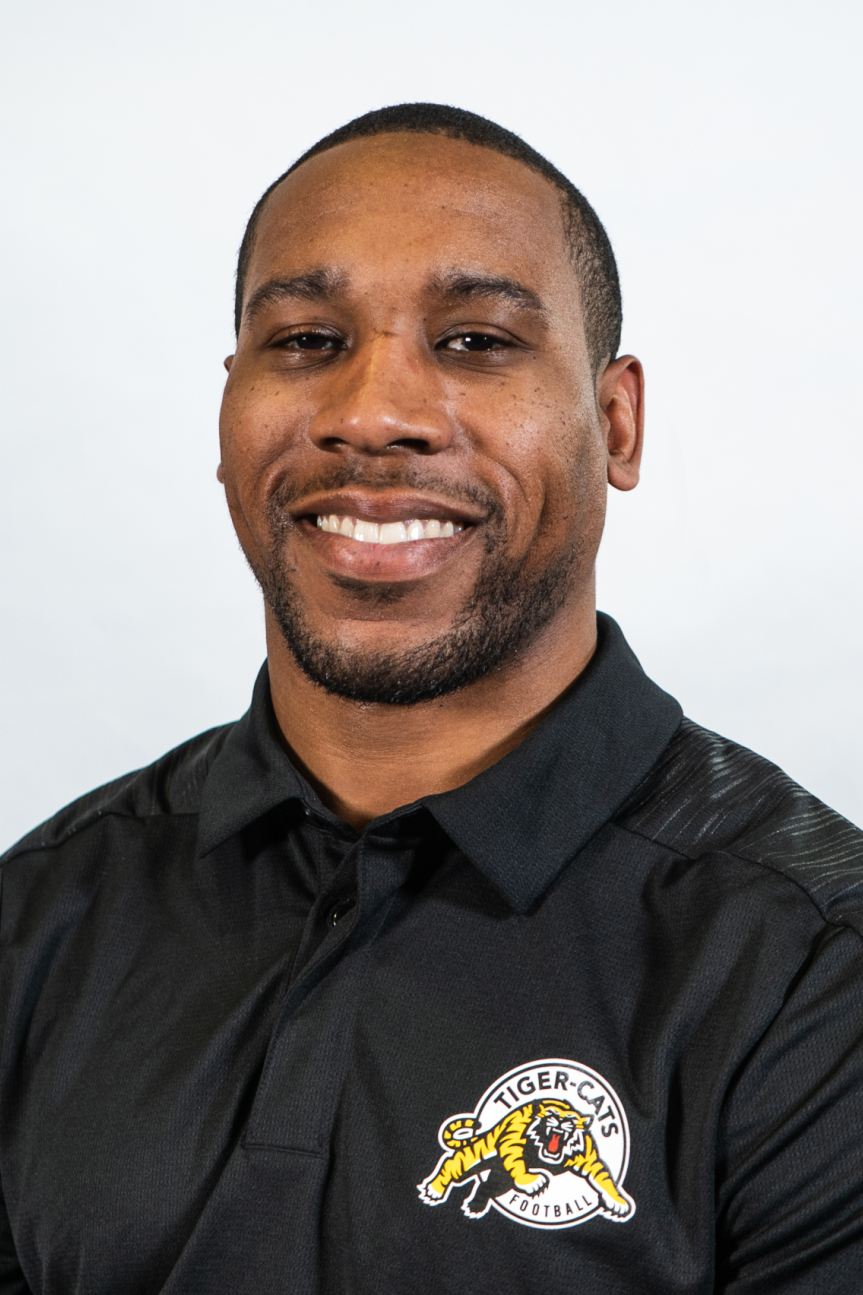 Harper spent two seasons (2017-18) as an Offensive Graduate Assistant at Fresno State University, working with current Tiger-Cats’ Head Coach Orlondo Steinauer on the Bulldogs’ coaching staff in 2017. The former running back also has experience as a player at the NCAA, National Football League and Canadian Football League levels where his career was cut short due to multiple knee injuries.

Harper retired from professional football as a player after spending the 2014 season in the CFL with the Ottawa Redblacks. The Cypress, Texas native played eight games with the Redblacks, starting once, and registered nine carries for 58 rushing yards, two receptions for 23 yards, and returned four kickoffs for 58 yards. He was signed as an undrafted free agent by the NFL’s San Francisco 49ers in 2013 and played in the preseason before being waived.

Prior to turning pro, Harper spent parts of six seasons (2007-12) at Boise State University, suiting up in 54 career games. He clocked a personal best 4.34-second 40-yard dash prior to his junior season. Overall, Harper posted 547 carries for 2,779 rushing yards with 39 touchdowns, while adding 54 receptions for 396 yards and two receiving touchdowns during his tenure with the Broncos.